St Patrick’s Day 2022 (Thursday, March 17) is set to be a barnstormer of a day, and you’re rather spoiled for choice. First of all, there’s the anticipation of Ireland’s fight for the Six Nations title this coming weekend (we all need a drink to prepare, let’s be honest). Or, you could join the official celebrations, and partake in a full weekend of events including a huge parade and a party in Trafalgar Square on Sunday, which makes a triumphant return this weekend after a two year hiatus (we don’t need to remind you why). There’s even a buzzing house party for all you revellers, courtesy of Jameson whiskey, which is certain to be a blast. But for our money, the best way to celebrate the Emerald Isle is to don the green and gold and hole up in one of the city’s best Irish pubs for a seisiún quite unlike any other.

Read more: Get Tickets To A Massive St Paddy’s Day Event In Shoreditch This March.

The best Irish pubs in London

You want authentic Irish pubs? You got ’em. The Auld Shillelagh was bestowed with the title of ‘most authentic Irish pub in the world outside of Ireland’ by The Irish Times, which is a pretty good starting point. One of the best reasons to visit Stoke Newington, the tiny-looking pub is deceptively spacious, and it fills to the brim on St Patrick’s Day, with traditional Irish music, plenty of drinks, and an army of balloons. The Auld Shillelagh’s motto is “off the leash and on the lash”, so you know you’re in for a big one here.

Those hoping for something a little more gastro than pub should head west. The Cow, out in Notting Hill, may not be super authentic, but it’s a lovely little spot that serves food with distinct Irish influences. Dishes like Irish stew and champ, or seafood platters from the Irish sea (including their speciality, a pint of prawns), make this a fabulously foodie spot in which to celebrate St Patrick’s Day.

Of all the Irish pubs in London, this place is the biggest. In fact, it’s one of the biggest pubs in London, full stop. The Porterhouse is a behemoth bar, sprawling across no fewer than twelve different levels and a basement bar. Occupying a prime spot in Covent Garden, they are justifiably proud of their huge range of beers, ales, and stouts, all of which are hand-crafted in their Dublin brewery and shipped over for your consumption. They’ve gone to all that trouble, the least you can do is pop in for a drink…

This Finsbury Park pub may have come from Ireland, but it’s clearly had a gap year on the way, given the Thai-heavy menu. No need to fear full moon parties and “finding yourself”, though, because the TV shows Gaelic football and there’s Guinness on tap. The Faltering Fullback also happens to be green as a shamrock, with a leafy exterior and a picturesque beer garden to boot.

There’s a fair few Irish pubs in Camden, but The Sheephaven Bay is probably the best of the lot. It’s also one of the best pubs with a misnomer: the place is named after Ships Haven Bay in County Donegal, but some silly English folks misheard it and the name stuck. Inside, the ceilings are hidden by memorabilia from every GAA and hurling team imaginable, and the conservatory and beer garden make it a perfect place to dodge the tourists gumming up Camden High Street.

Guinness may be the obvious choice for a St Patrick’s Day drink, but The Sun Tavern will serve you something a tad stronger. Poitín (pronounced poteen) has been illegally brewed in Ireland for centuries, and was only fully legalised in 1997. This, along with the high alcohol content – some varieties top 90% ABV – earned it the nickname “Irish moonshine”, but it’s become increasingly popular in recent years. At The Sun Tavern, you’ll find a large selection of poitín to sample, along with whiskey and ales. But be warned: there’s a very good reason why the Irish word for hangover is póit… 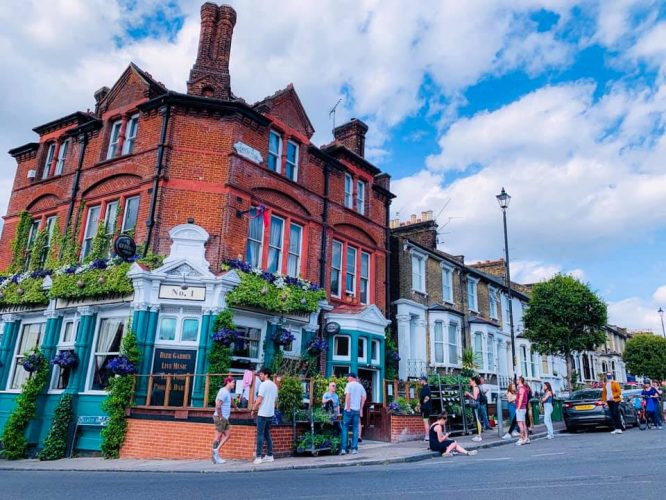 When a pub’s website says “purveyors of craic”, you just know it’s going to be a brilliant choice for March 17. On top of the the pints and the craic, there’s great food, a pool table, live entertainment and much more. All in all, a grand way to toast to the day of St. Patrick from south London.

Eagle-eyed readers of Secret London will remember our coverage of perhaps the quirkiest Irish bar in London, that has been known to deliver drinks (read: pints of Guinness) on a mini-elevator. Waxy’s Little Sister in Soho has the lot for Paddy’s Day — kegs of booze (read.. you get the idea), plenty of Irish coffee, hearty plates of food with brilliant Irish whiskey to top it off.

Not wanting to start any family dram, we couldn’t leave out the older sibling of Waxy’s Little Sister at this time of year, could we? This two-floor mainstay in Soho is the perfect place to get merry this St Patrick’s Day and, as you can see by the signs, it’s pretty hard to miss. Head central for a welll-poured Guinness and a sight of the famous Waxy’s tree. 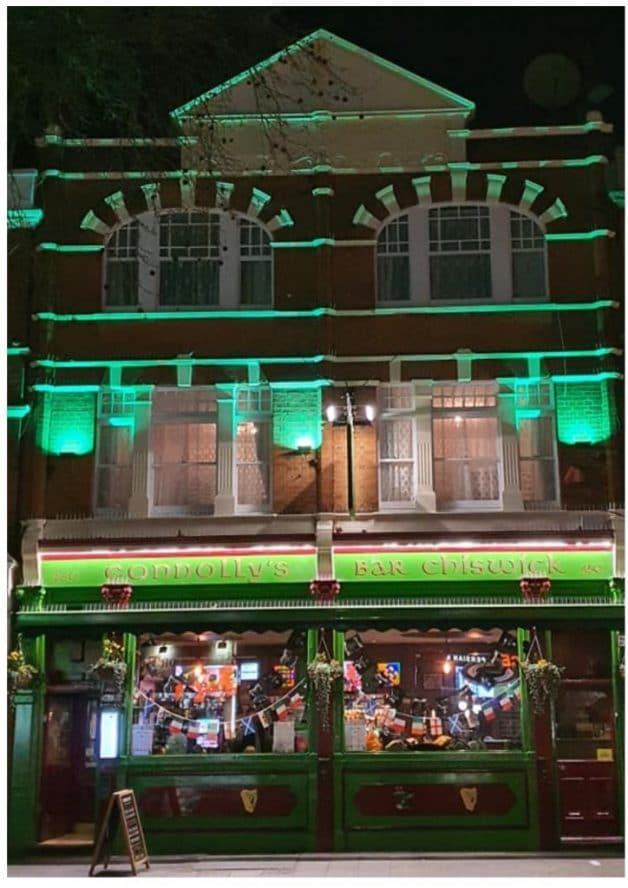 The only Irish pub in Chiswick happens to be one of west London’s finest. Whether you wish to head down to watch the hurling or Gaelic football, sit outside in the sun (we pray) with a well-priced pint, dance to some traditional Irish music or munch down some hearty Irish food, Connolly’s is your place.