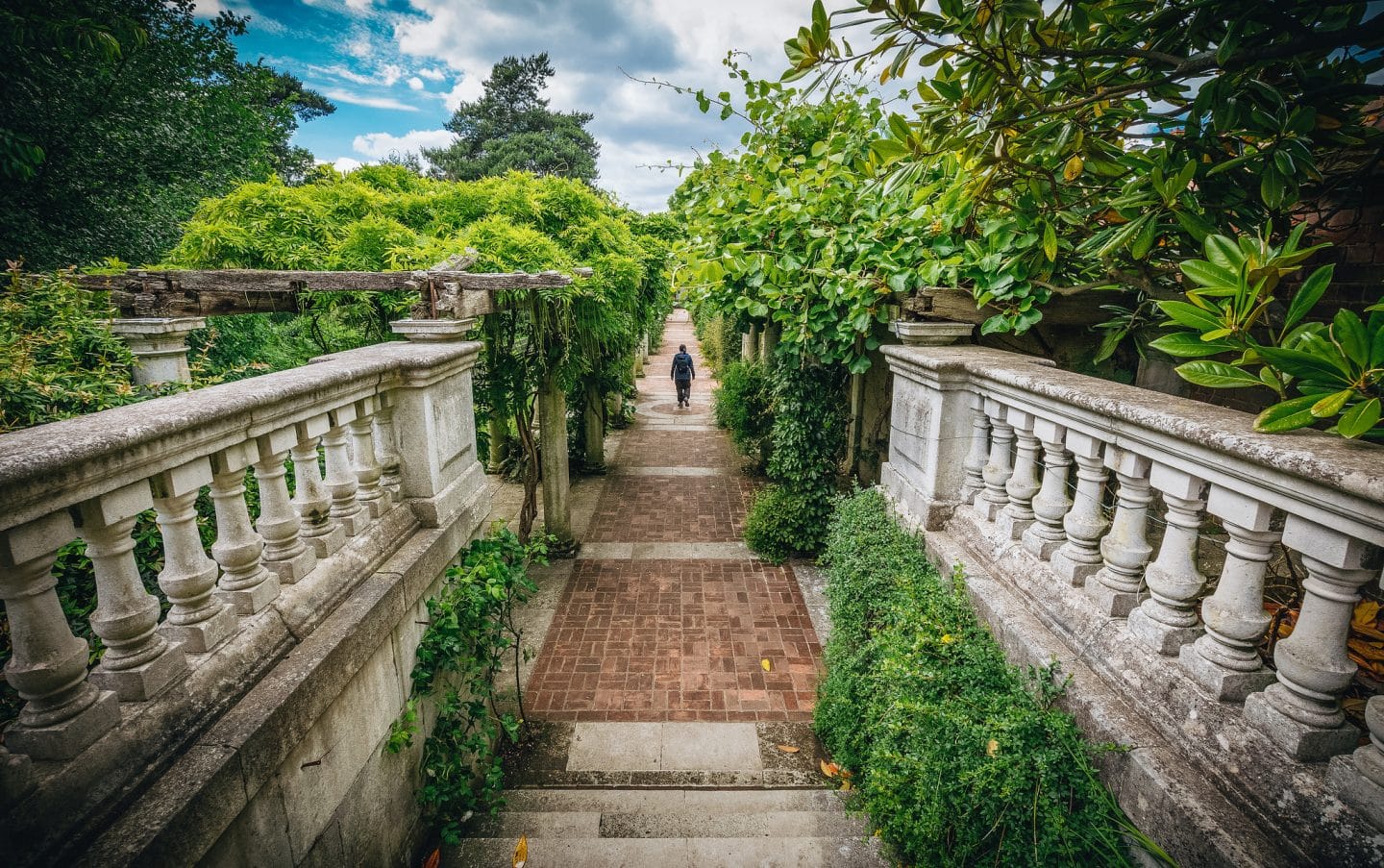 The next time someone tries to tell you that London is a concrete jungle, hit ’em with this knowledge bomb: 40% of the city, or 35,000 acres, is in fact dedicated to parks and green spaces. They make our fair city one of the greenest capitals in the world, and we’ve been on the hunt for the most picturesque spots in the city…

15 Stunning Green Spaces You Won’t Believe Are In London

Alexandra Park is an award-winning park in north London, and is best known as the home of Alexandra Palace. The winding paths and views over the city mean this place is guaranteed to be beautiful, whatever the weather—particularly if you’re lucky enough to catch the sun rising or setting.

This garden cemetery is one of seven Victorian examples in London, collectively known as ‘the magnificent seven’. It’s also a woodland memorial park and a local Nature Reserve. You can even do a guided walk or take a woodwork course! More info here.

A peaceful oasis amongst the buzz and bustle of the city, the Culpeper Community Garden is managed by and for the local people. It’s open seven days a week and is just a short walk from Angel station.

This always features on our lists, but how can you blame us? The Hill Gardens began life as a Victorian folly, but have since become London’s very own fairytale location. Honestly, it’s a beaut.

Full of rare and unusual trees and shrubs, the Isabella Plantation is a beautiful spot set in the depths of Richmond Park. It’s a green space for most of the year, but in April & May, the azaleas bloom and Isabella Plantation becomes a perfect pink paradise.

Always a favourite in our books, Primrose Hill is great for smashing views of the city. Meanwhile, wintertime sees it looking gorgeous under a blanket of frost.

Ham House is a dreamy place to go if you want to escape the inner city for a while. Explore magical gardens and immerse yourself in the 17th Century.

The charming Kyoto Garden is nestled inside Kensington’s Holland Park and even features a roaming muster of peacocks (yes, that is the collective noun for a group of peacocks, just in case you were wondering). It’s an unexpected slice of Japanese zen, originally built to celebrate the 1992 Japan Festival in London.

Truly in the heart of the city, Red Cross Garden is part of the Bankside Open Spaces Trust. You can stare out at the city from the tranquillity of the garden, which was restored to its original Victorian layout back in 2005.

They call it “an urban garden with a twist”; a blooming oasis full of wild flowers, herbs, vegetables, a tranquil orchard and even a small oak forest. Everything is made with recycled materials, and it’s run entirely by the hands of the community. The garden—which is currently hidden behind the British Library after a recent move—hosts a number of workshops and special events throughout the year.

Thanks to this park’s central location, you can enjoy fab views of Buckingham Palace, Big Ben, the London Eye and Horse Guards Parade from The Blue Bridge. Keep your eyes peeled for wildlife, including the park’s famous pelicans.

Blessed with hidden pathways and a beautiful array of flowers, Chiswick Gardens has inspired some of the most iconic parks and gardens, including Blenheim Palace and New York’s Central Park. Each January, they host the Magical Lantern Festival, an incredible display of light and colour.

Built on an old railway line, this garden is yet another community endeavour—filled with trees, shrubs, butterfly bushes and raised beds for growing food!

Gardens emerge in the unlikeliest of places, including this tropical beauty atop a railway station. Crossrail hasn’t quite reached Canary Wharf yet, but this stunning spot is open for business—as is the adjacent street food hall!

The bombed-out ruins of this church have been made even more beautiful by trailing vines, flowerbeds, and trees providing shade. Popular with both city workers on lunch, and the lifestyle blogging crowd—in fact, it might be the only time they overlap…

Leap Into Spring With Our Fabulous Flower Guide