You know the drill: a locked room, a series of challenges puzzles, and you, desperately running around with a group of friends trying to unlock the riddle and escape to victory before the clock hits zero. Whether it be solving murder mysteries, escaping psycho-killers or casting spells in a range of wizard-themed experiences, there’s an immersive game for everyone in our guide to London’s best escape rooms.

Unusually for London escape rooms, this one – run by the fiendishly fun HiddenCity team – doesn’t exactly take place inside a room. Instead, your quest will take you to the streets of Marylebone, where the cunning Professor James Moriarty has devised a series of perplexing clues which will lead you in search of his safe house. You’ll need to race the clock, make split-second decisions, and solve physical challenges, whilst utilising a series of clues sent directly to your phone – there’s even puzzles for you to complete whilst at the pub! If your team can outwit this criminal mastermind, he’ll present you with an offer you can’t refuse… Book your tickets here.

It’s not the only mind-bending game HiddenCity run; if taking on a master-criminal isn’t challenge enough, you can also outsmart an evil queen in ‘The Enchanted Mirror’ or join ‘The Hunt for the Cheshire Cat’. Find out more about them here. 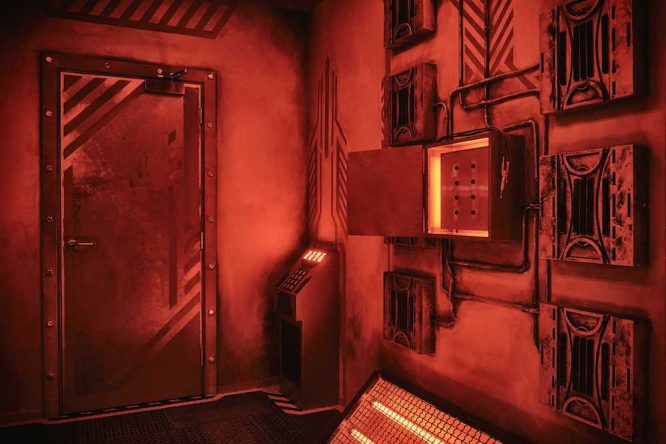 AIM Escape offers players a truly immersive escape room experience, right in the heart of London. ‘Patient Zero 2150‘ will see tasked with saving the world from destruction (this one admittedly might be a tad scarier on the other side of a global pandemic…). Meanwhile ‘Psychopath’s Den‘ pits you against an evil psychopath, so just hope you don’t become another one of his grisly victims! We understand this may all sound a bit too terrifying (no judgements here) but don’t worry, ‘Hangover Deja Brew‘ will provide a more light-hearted story, leaving you laughing your socks off in this strictly 18+ comedy escape room. If you’re looking for a day out for the whole family – little humans included – ‘Spy Heroes‘ will ensure everybody has a great time, living out their spy fantasies in an escape room complete with a laser maze. Finally, there’s something a little different to try here: ‘The Magic Portal‘, a blend of escape room and treasure hunt that uses augmented reality to send you on an outdoor quest around London! 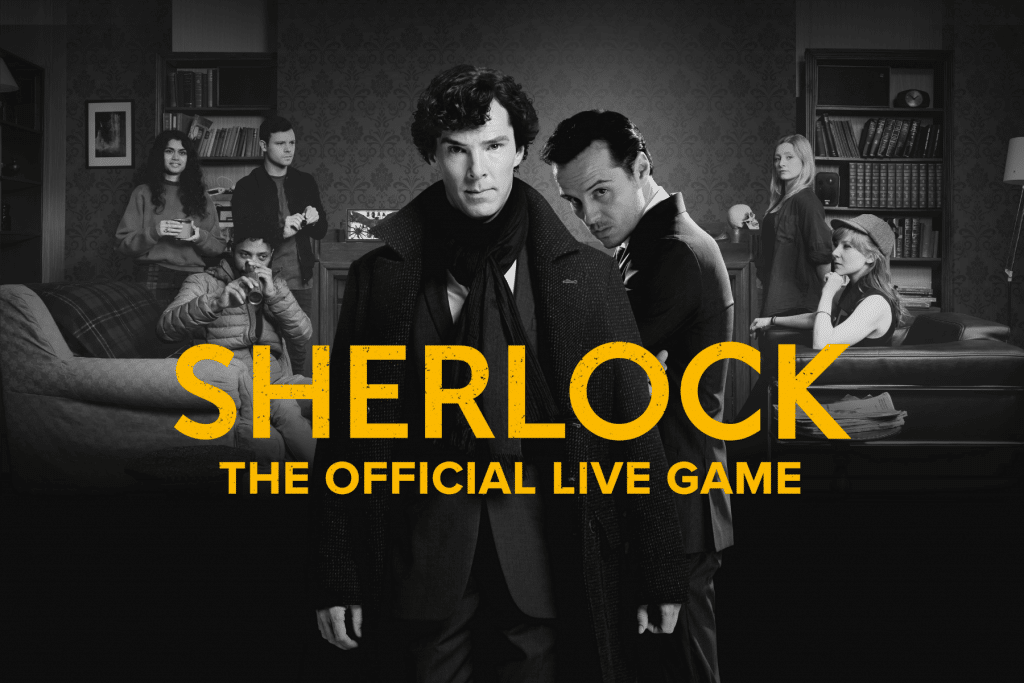 The first ever Sherlock-themed immersive game takes place in west London, giving budding detectives a chance to get a proper brain workout. Facing a crime wave, London needs the help of a certain ‘high-functioning sociopath.’ The only problem is, he’s gone missing, and the task of finding him has fallen to the heroes no-one asked for: you lot. Across the course of a 90-minute game, you’ll hunt high and low for clues and solve puzzles in a custom-built venue in Shepherd’s Bush, filled with many of the familiar Sherlock settings. The BBC ‘Sherlock’ show creators, Steven Moffat and Mark Gatiss, have written the script, while the puzzles have been dreamt up by Time Run, who operate one of the most devious escape rooms in the city. Tickets are available here.

Enhance your investigative adventures by tackling ‘The Case of the Poisoned Chalice’: an immersive Sherlock-inspired cocktail experience that’s attached to the escape room, for the ultimate Sherlock-themed day. Tickets here.

⭐️ Sherlock: The Official Live Game
⭐️ The Case of the Poisoned Chalice

“The rules are simple, escaping is hard”, they said, and we believe them. Whether you’re helping find a lost artefact in ‘Wizarding School: Fang Of The Serpent‘, or avenging Sherlock Holmes and stopping his great nemesis Moriarty in ‘Sherlock’s Despair‘, you’ll find a story to thrill you while Breakin’ out of these lightly film-themed escape rooms. 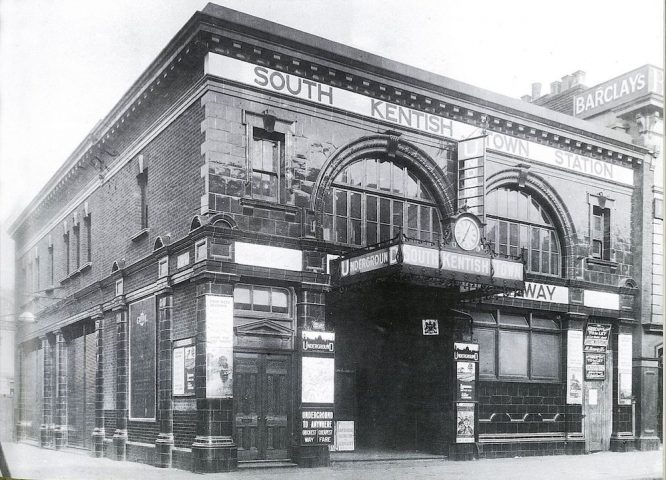 Located in the abandoned tube station of South Kentish Town, choose between two escape rooms to breakout of using your brains. ‘Codebreakers’ uses a mind-blowing script based on the extraordinary true story of the very confidential masterminds, while ‘The Lost Passenger’ is based on the true story of the passenger who disappeared in South Kentish Town Tube Station in 1924. Have fun with friends, solve some puzzles and complete your mission to breakout out of this historic ghost tube station! Book tickets here. 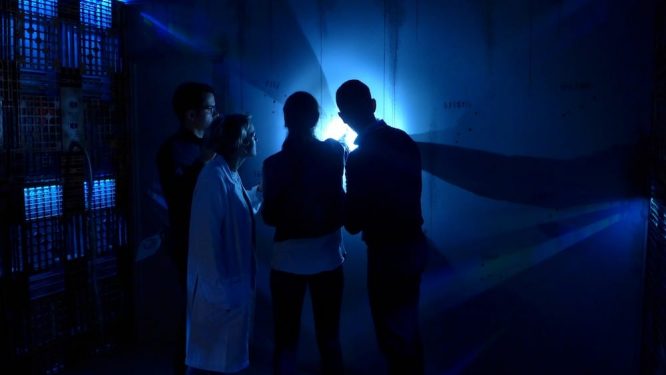 Three different games on offer at Modern Fables; in the first, you can enter the world of ‘Hypersomnia’ – an 80s-tinged sci-fi involving travel to parallel universes where you experience different versions of yourself. Too trippy? Maybe you’d prefer to explore the mysteries of the universe in ‘The Oracles’, or track down a mysterious 1920s cult in search of the missing Lavinia Carter, in ‘The Escapist’. Either way, you’re guaranteed an unforgettable experience at this award-winning escape room, which is conveniently located next to Broadway Market f0r a post-escape snack. See more and book tickets here.

The name isn’t the most imaginative, but the stories are wonderfully inventive. At London Bridge, you’re either breaking into a pharaoh’s cursed tomb, or travelling through time from 17th century China to steal back a vase from the modern-day British Museum. Their Angel branch takes a space theme; with one game seeing you trying to prevent murderous AI, and the other inviting you to destroy a secret Nazi colony on the moon. Book your visit here. 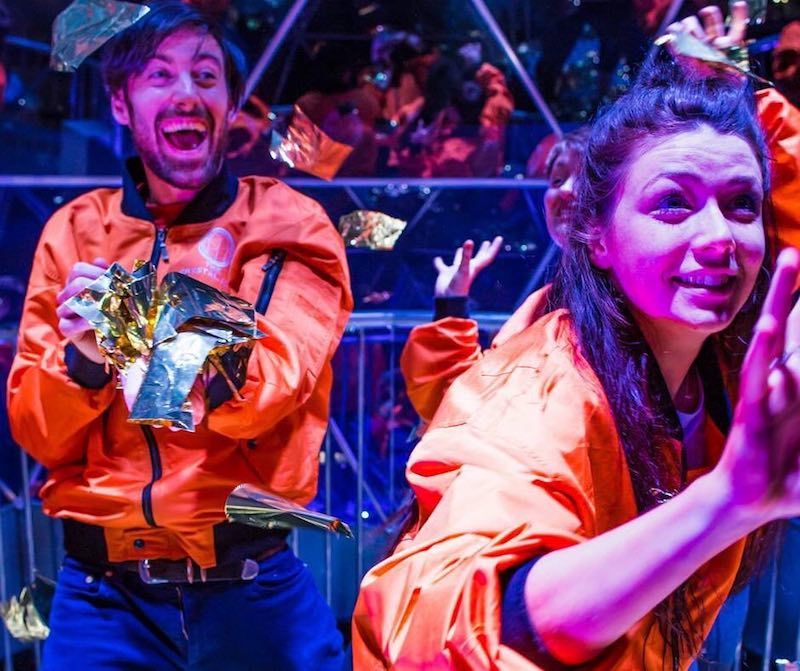 Not technically an escape room (and yet also maybe the OG escape room), but still bags of fun. This is the perfect blend of entertainment and 90s nostalgia. We’ve done it, and had a rollicking good time to boot, although success varied wildly throughout the team. If the thought of taking part in challenges from everyone’s favourite old-school game show still hasn’t convinced you to go, you can read all about it here. The storytelling here is pretty intense: you’re journeying through the Sally Star King Hospital, long abandoned yet somehow full of shrieks and strange goings-on, and you begin to wonder if you really are going ‘MAD’. You’ve got 70 minutes to work through a series of mind-boggling puzzles, while fighting the rising sense of dread. If this all sounds a bit too much, you can skip to 2052, where you’ve been recruited to join astronauts under ‘Project Delta’ – a space-set adventure where the future of humankind is at stake. Will you save the human race? See more here.

Here, we have some of London’s creepiest escape plots, all of which look pretty goddamned terrifying. In Aldgate, you may find yourself locked in the workshop of ‘The Butcher’, or solving the mysteries of ‘The Haunted Toy Store’. Alternatively, book yourself in at Oxford Street for a trip to ‘The Dentist’, or perhaps you’re long overdue a cut with ‘The Demon Barber of Oxford Street’? It’s ‘Darkest Hour’ down in Brixton (in a location actually once frequented by Winston Churchill), whilst over in Holloway, you’ll face ‘The Killer’ or ‘Prison Breakout’. Only a visit to these rooms will tell if there really is no escape… More info here.

There are currently two games to choose from at this centrally located escape room, both equally puzzling. Head ‘Right To The Throne’, where the rightful heir to the throne has disappeared with no trace, and it’s on you to find out what happened. Alternatively, try ‘Da Vinci’s Explorations’, in which evil forces are working on finding the Holy Grail and are only 60 minutes away from both it, and presumably world domination. Again, it’s your quest to stop them! More info here.

There are four escape experiences on offer here – not counting the three VR experiences also on offer – each continuing the story of Mr Q (the yellow mouse dude above) and his arch-nemesis Professor BlackSheep. If you’ve got what it takes to join this mysterious mouse’s spy universe, sign up for a 60 minute mission and unlock your secret agent potential. More info available here.

Set in the days of World War II, you can choose to be prisoners mounting a daring escape from a POW camp, or squadron members plotting to steal a barrel of beer from the Victory Day celebrations (as you may have guessed, the latter is a fair bit more light-hearted). Gather your comrades for an immersive journey through a huge part of history. Find out more here.

One winning thing about Omescape is that it gets cheaper as your team gets bigger. Of course, other winning aspects include their fiendishly difficult escape rooms, of which there are some brilliantly terrifying options. ‘The Joker’s Asylum’, ‘The Penitentiary’ and ‘Biohazard Laboratory’ at King’s Cross will all get your heart racing, while a ‘Kingdom of Cats’ experience in Aldgate will have you feline fine. Check out their website for more.

A whopping ten escape rooms across two locations here. Whichever you choose – you’ve only got 60 minutes. In Shadwell, you can battle a sadistic madman in ‘Taken II – The Last Chance’, flee your evil professor in ‘School of Magic’, ‘Escape The Seven Seas’ with your imprisoned crew, or tackle three other games dedicated to the Mayans, Las Vegas, and a scientific experiment gone wrong. Over in Shepherd’s Bush, escape rooms feature Area 51, Leonardo Da Vinci, a battle for the throne of England, and a mysterious cabin in the woods… See more here.

It’s the battle of the magical escape rooms, as Enigma Quests also bring their own magic-themed room. ‘School of Witchcraft and Wizardry’ is one of the most popular escape rooms in the city, in which you’ll solve puzzles to graduate from magic school. Alternatively, save the world and diffuse the atomic bomb in ‘Submarine: Mission Wavebreak’, or take part in ‘The Million Pound Heist’ – the biggest in history, featuring lots and lots of lasers. Discover them all here.

Do you and your team have what it takes to escape Olrephior’s lair… in complete darkness? This witchcraft-themed pop-up escape room will have you working together with your team to smell, feel and communicate your way through the dark. Figure out the puzzles and collect the six rare dragon eggs stolen by Olrephior, but be careful: you only have one hour to escape his dark lair, and there’s plenty of magik inside! It’s currently paused due to Covid-19, so check their website for a return.

The UK’s Biggest Bottomless Drag Brunch Is Taking Over Boxpark