Central London’s beautiful marina is celebrating the summer with the return of its floating cinema.

St. Katharine Docks has announced the return of its annual Floating Film Festival, bringing Londoners a fortnight of fantastic films at the city’s original floating cinema. After an year’s hiatus due to the pandemic, the city’s most intriguing outdoor cinema is back in 2021, with another stellar line-up of films. 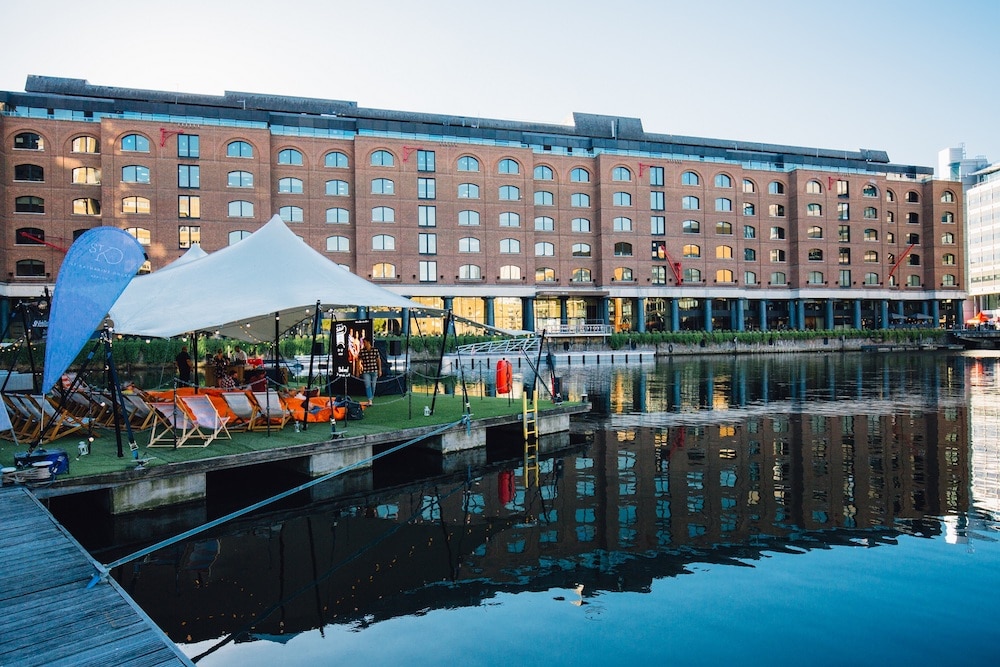 The Floating Film Festival is docking up on one of the many pontoons of this inner London marina from July 13-25, with a mix of blockbuster films and family favourites. If you missed the likes of Wonder Woman 1984 and Knives Out in cinemas, you can now find them on the water this July. Meanwhile, Onward, Toy Story 4, and the live action versions of Aladdin and The Lion King lend the event a very family-friendly vibe.

Float upon the beautiful marina, which is just moments away from Tower Bridge and the Tower of London, and enjoy some of the best films from recent years. The pontoon will be decked out with deckchairs and bean bags, and there’ll be plenty of drinks and snacks to boot – basically, everything required to float your boat…

Films will start at 7pm throughout the week, with two additional screenings at 2pm on Saturday and Sunday. View the full programme and get your tickets here.

Slide Along The Strand At A Free Skateboarding Event This September