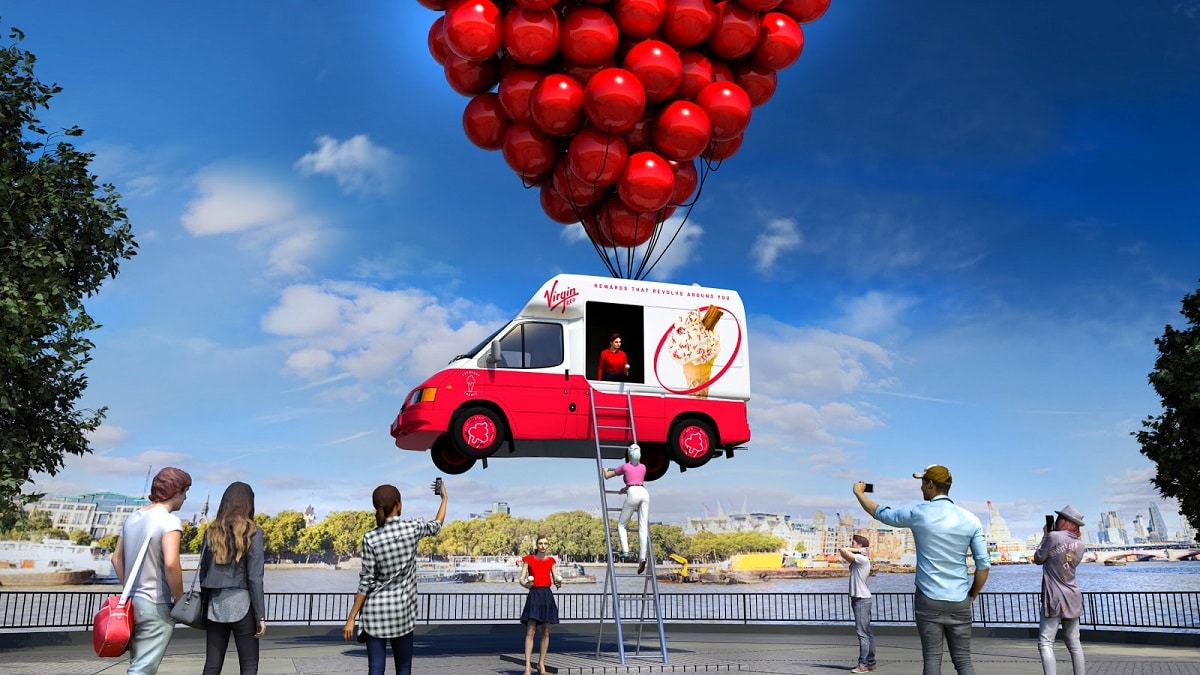 These 99 balloons won’t be floating to the horizon until you’ve grabbed your free ice cream cone.

Virgin Red, Virgin’s rewards club, is bringing ‘Mr Whippy’ to the South Bank on July 14 in a visual illusion that’s guaranteed to dazzle passersby walking along the riverside. Londoners can grab a free ice cream cone and customise it with a variety of red toppings ranging from sweet sprinkles to paprika crisps, chilli flakes, and ketchup (just in case some monsters out there need a savoury refreshment…).

In the spirit of Nena’s ’99 Luftballons’, Virgin Red will be playing the 80’s hit throughout the day, while 99 lucky people can take home more than just a scoop of ice cream: Mr Whippy will be giving out prizes ranging from 10,000 to one million Virgin Points, which can get winners rewards such as Virgin Atlantic return flights to NYC, monthly Virgin Wines deliveries, tickets to shows in London, and more. The pop-up is part of a multimedia campaign titled ‘Find What Blows Your Bubble’.

You can find the truck floating at Observation Point, 56 Upper Ground, South Bank, SE1 9PP, from 11am to 5pm on Wednesday, July 14. Find more info on the rewards programme here.

If you don’t get the chance to pick up a free cone, here are 15 delicious ice cream parlours in London to cool you down this summer.