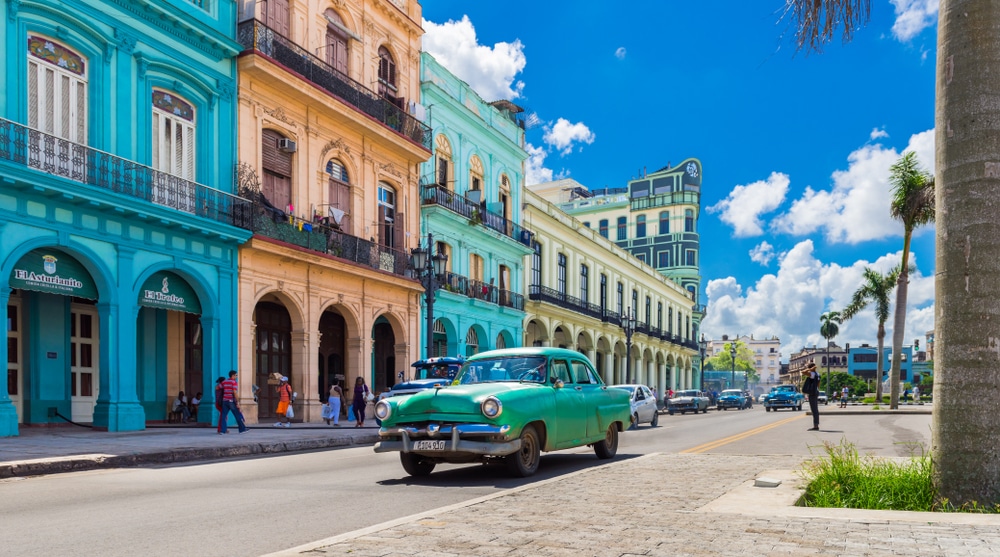 Bar Bolivar comes to us from the team behind piri piri chicken maestros Casa do Frango.

South American resistance hero Simón Bolívar may already have a country named after him, but of more pressing importance to us is a new bar which will bear El Libertador’s name: Bar Bolivar. Opening in Canary Wharf later this month, the bar will be inspired by the design, culture, and lifestyle of Old Havana – so whilst the weather might be crap, the atmosphere here will be caliente!

Bar Bolivar will be modelled on 1950s Havana, with all the sumptuous charm and old-school Latin American charm that entails – there are even rumours of an indoor fountain, which is very exciting. It’s a nod to co-founder Jake Kasumov’s upbringing in Havana, and will draw inspiration from the glamorous bars which line Havana’s streets. Given Kasumov and partner Marco Mendes’ success in bringing authentic piri piri chicken and Portuguese small plates to town at Caso do Frango, you can expect this tribute to be a loving one.

Cocktails will draw inspiration from the city and its frequent guests (most notably seen in The Hemingway Highball, made with white rum, cherry soda, cranberry juice, and vermouth), whilst Venezuelan street food outfit Pabellón are running the food. If you’ve happening upon them at the South Bank food market on Lower Marsh, you’ll already be raving about their arepas, but Latin bar snacks are also likely to be on the menu here, along with a lip-smacking Cuban sandwich.

Bar Bolivar is set to open in Reuters Plaza in Canary Wharf on October 20, and we’ll keep you updated with more pictures and information as soon as we have it. Don’t worry, we’ll all be sipping on a Cuba Libre before long…

In the meantime, why not explore our guide to London’s prettiest bars?

London’s 33 local authorities will share £218 million — but the amounts vary from £14.5 million in Tower Hamlets and £12.6 million in Newham to £3.8 million in Redbridge Evening Standard – London…

One Hercule Van Wolfwinkle is taking the media by storm with his avante-garde pet portraits, raising money for a homeless charity. It’s certainly not his day job, but perhaps it should be. The artist known as Hercule Van Wolfwinkle has created quite the stir with his delightful impressions of peoples’ pets. In exchange for one […]
The post These Unconventionally Adorable Pet Portraits Have Raised Over £10,000 For Charity appeared first on Secret London. Secret London …

Hyde Park is where you’ll find Britain’s first pet cemetery but beware, it may be haunted… Nestled within the bushes of Victoria Gate Lodge’s garden is the secret pet cemetery of Hyde Park. This pint-sized graveyard was the first of its kind in Britain and dates all the way back to the 1880s. Dogs, cats, […]
The post This Tiny Graveyard May Be Haunted By The Spirits Of Hundreds Of Pets • Hyde Park Pet Cemetery appeared first on Secret London. Secret London …

We’ve chosen our favourite wine bars in London, all perfect for a romantic evening or a good gossip with a pal. We’re so grapeful to have these wonderful, cosy wine bars in London, especially when winter rolls around. Whether you’re impressing on a date, or just relaxing with pals, wine bars are the ideal spot […]
The post 18 Cosy London Wine Bars That Are Perfect For Chilly Nights appeared first on Secret London. Secret London …