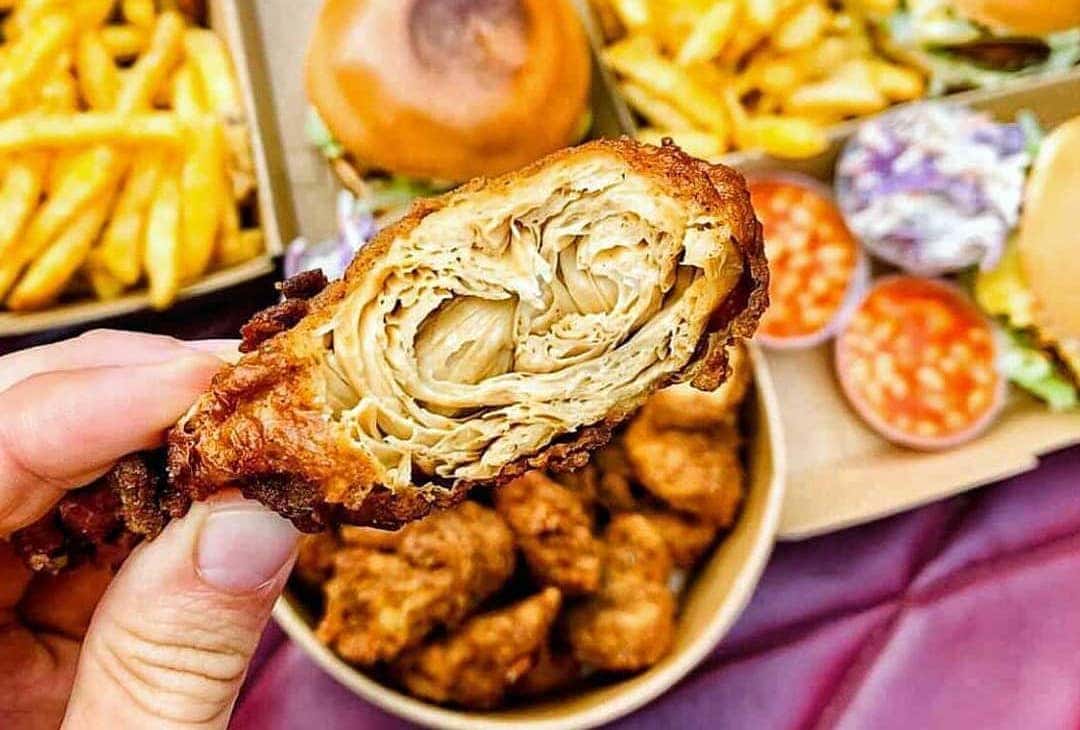 Introducing Chickenish, the vegan junk food you’ve all been waiting for.

I want to make one thing clear before I start this article: I really like fried chicken. Despite leading a mostly vegetarian lifestyle, I can never actually claim to be a vegetarian because there will always be a special place in my heart for fried chicken (ahem, Wingmans, ahem). I do have to say, though, that some of the best food I’ve ever had in London has been vegan. Biff’s, for example, have totally changed the vegan junk food game. But this? This is something else.

I first discovered Chickenish after a TikTok by the ever-brilliant Little London Vegan went viral and pissed off a load of meat eaters. Frankly, I just love the drama—but then I discovered that they delivered to my flat…

They’ve “recreated your chicken shop classics” with a totally plant-based recipe made with soy and fried in a chickpea flour batter. So not only is it vegan, but it’s also gluten free. It looks like chicken, smells like chicken and, believe me, it really tastes like chicken, too.

After my first bite, I had to remind myself that I was ordering from an 100% vegan shop because I honestly wondered if they’d given me the right food. I think I actually uttered the words This has changed my life at one point. And, for the record, I don’t take it back.

Chickenish are currently delivering from their shops in Hackney Wick and Walthamstow. You can order from their website.

Dishoom Have Given Their Covent Garden Branch A Luxurious Makeover