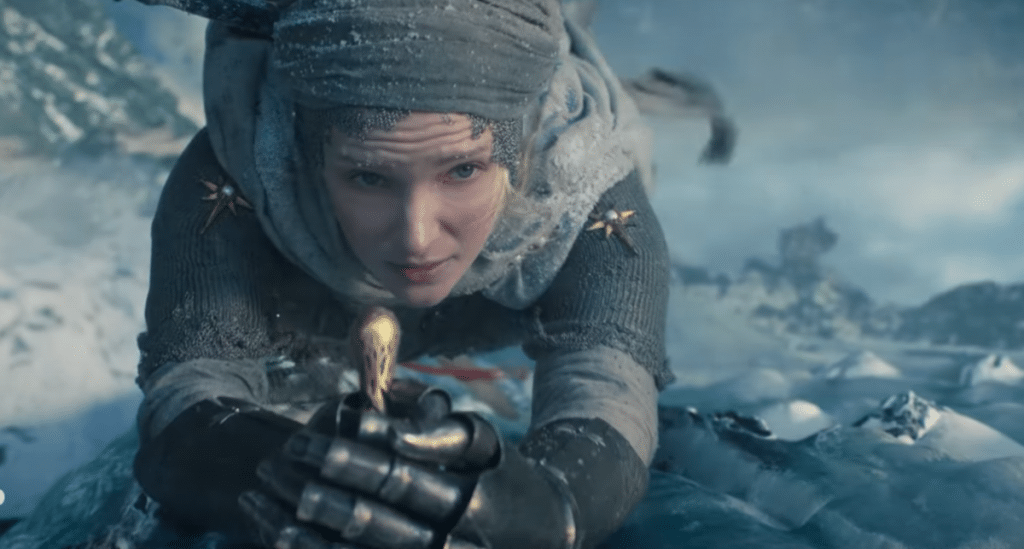 The first look at the most expensive TV show ever made is here.

Amazon Studios has revealed the trailer for its hotly anticipated Lord of the Rings series at the Super Bowl. Titled The Lord of the Rings: The Rings of Power, the new series is set to premiere this September on Prime.

The trailer teases an adventure in Middle-earth’s legendary Second Age history. The series is set to follow an ensemble cast of characters as they confront the long-feared re-emergence of evil to Middle-earth. You can see the teaser trailer in the video below.

In the minute-long teaser fans got a glimpse of Galadriel and Isildur along with a number of new characters from the lore including wood-elf Arondir and a Harfoot elder portrayed by Sir Lenny Henry.

What we know about the Lord of the Rings series

Releasing nearly 8 years since Peter Jackson’s final instalment of The Hobbit trilogy, the series will take us through the Second Age of Middle Earth’s history.

Producers J.D. Payne & Patrick McKay said in a press statement that the series “unites all the major stories of Middle-Earth’s second age: the forging of the rings, the rise of the Dark Lord Sauron, the epic tale of Númenor and the Last Alliance of Elves and Men”.

With both the books and the movies being so beloved, expectations are naturally sky high.

Prime Video has confirmed that filming for Season 1 has officially wrapped in New Zealand and Season 2 will be filmed in the UK. The series is also a hot contender for the most expensive series ever shot for television with an estimated budget of $465 million.

Lord of the Rings: The Rings of Power will stream on Prime Video from September 2, 2022.

Find Your Happy Place At The Euphoric Dopamine Land Experience