Ever dreamed of being a Tomb Raider? Your chance is about to arrive…

Kicking ass, daring stunts, rescuing priceless artefacts: it’s all in a day’s work for Lara Croft, the OG Tomb Raider. But soon, it’ll be your days that look like this, as thrilling adventure Tomb Raider: The Live Experience is set to open at Camden Market in April 2022. It’s your chance to immerse yourselves in a gripping quest and hunt down an ancient treasure, and we’re so ready for it.

Yep, breaking out the short shorts and joining the action is right atop my 2022 bucket list, and this immersive experience is no mere tribute act either. The experience comes from Little Lion Entertainment, who are the brains behind London’s brilliant Crystal Maze experience; they’ve partnered with original Tomb Raider game developers Square Enix to deliver this adventure. Having secured a 30,000 square foot venue in Camden Market (part of which used to be cracking vintage shop What Goes Around Comes Around), they’ll throw open the doors on April 1. Let’s hope it’s not an elaborate April Fool’s prank…

So, what can you expect at Tomb Raider: The Live Experience? Well, exact details are being kept under wraps for the moment, but we’ve been told that teams of eight can expect to join Lara Croft on the trail of a powerful artefact that’s fallen into the wrong hands. Featuring sinking ships, ancient tombs, lush jungle scenery, and more, guests will need to battle a mysterious secret order to save the day. Fun! 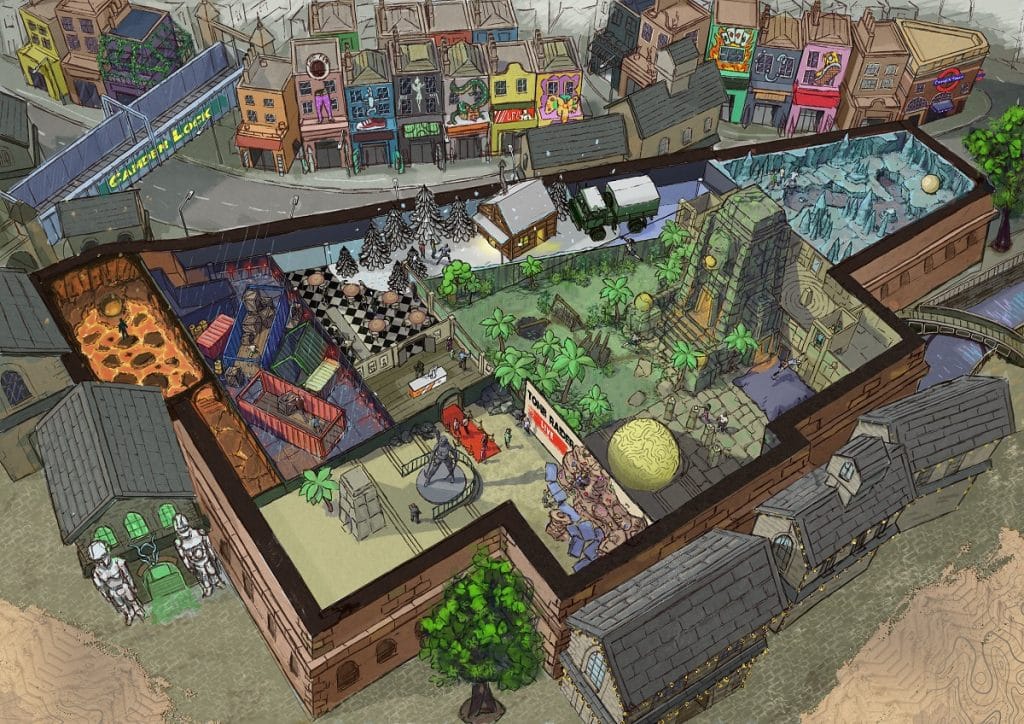 It’ll likely be gripping for anyone not au fait with the video game series or the Jolie/Vikander films (pick your favourite!), but even better for fans of the franchise, who can expect to see characters from the Tomb Raider series brought to life by actors. The 2022 launch marks the twenty-fifth anniversary of the Tomb Raider franchise, and promises to put guests at the heart of the action as they navigate traps, journey through incredible worlds, and fight alongside the legendary explorer. If all goes as planned, it’ll be one of London’s best gaming experiences before long.

Early bird tickets are on sale now (although at £77, they’re perhaps a treat for payday), with general release tickets set to launch on December 15 – keep an eye on the website for more information. After that, all that’s left to do is brush up on your adventuring skills, and prepare for an exciting thrill ride!