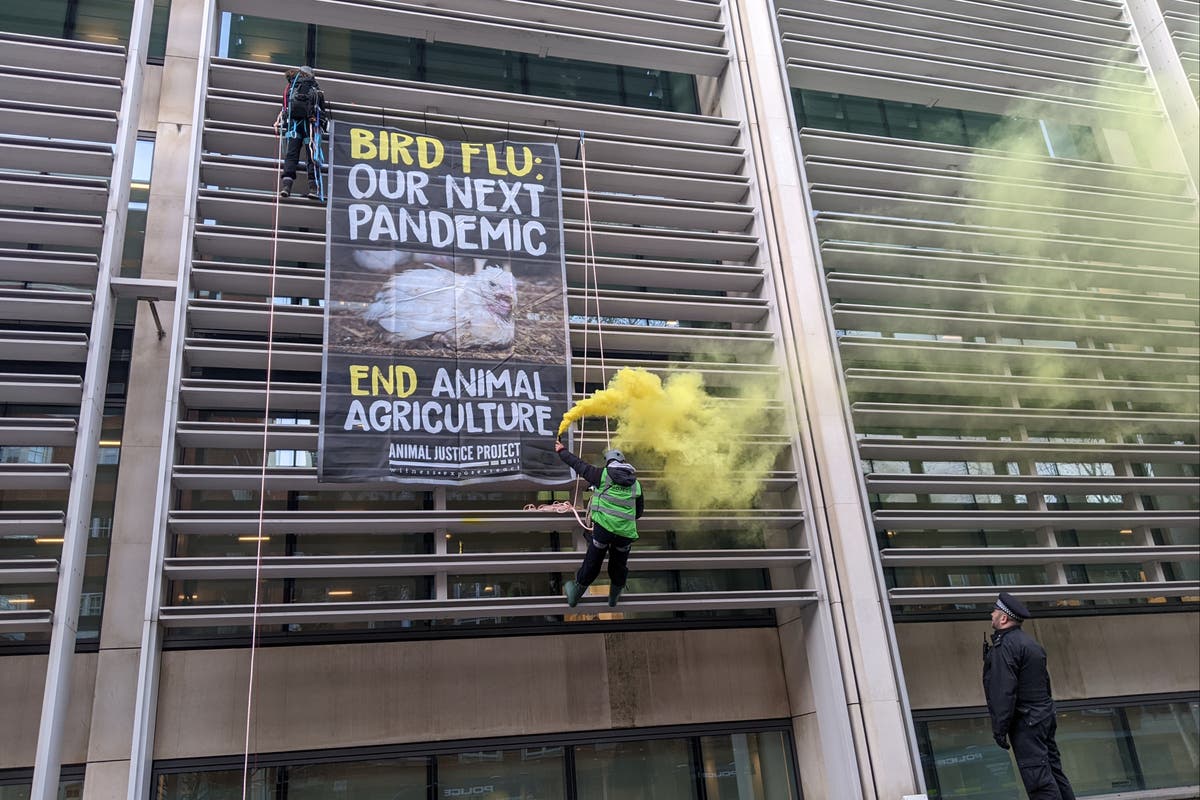 nimal rights protesters scaled the Department for Environment Food and Rural Affairs (DEFRA) building in central London, on Thursday morning, as they sought to draw attention to the bird flu crisis and intensive farming practices.

Two members of the Animal Justice Project climbed the outer wall before unfurling a banner calling for an end to animal agriculture due to its links to pandemics and the impact on the welfare of livestock.

Hope Wetherall, an Animal Justice Project campaigner said: “Activists today are braving the elements and dizzying heights to highlight the inaction of our government on the urgent and catastrophic outbreak of bird flu that is tearing through intensive chicken sheds at lightning speed, as well as other animal agriculture-causing diseases.

“Modern agriculture causes both immense suffering and death to animals, and a very real risk to humans, yet we continue to see no real action taken by the politicians other than declaring avian influenza prevention zones and mass culling – actions that fail to target the source of the problem.

“It is imperative that government bodies such as DEFRA take preventative and meaningful action now.”

The Met Police said officers were called shortly before 6.30am to reports that two protesters had scaled the Government building on Marsham Street.

A Met Police spokesman told the Standard that the incident was ongoing about 9am, and no arrests had been made.