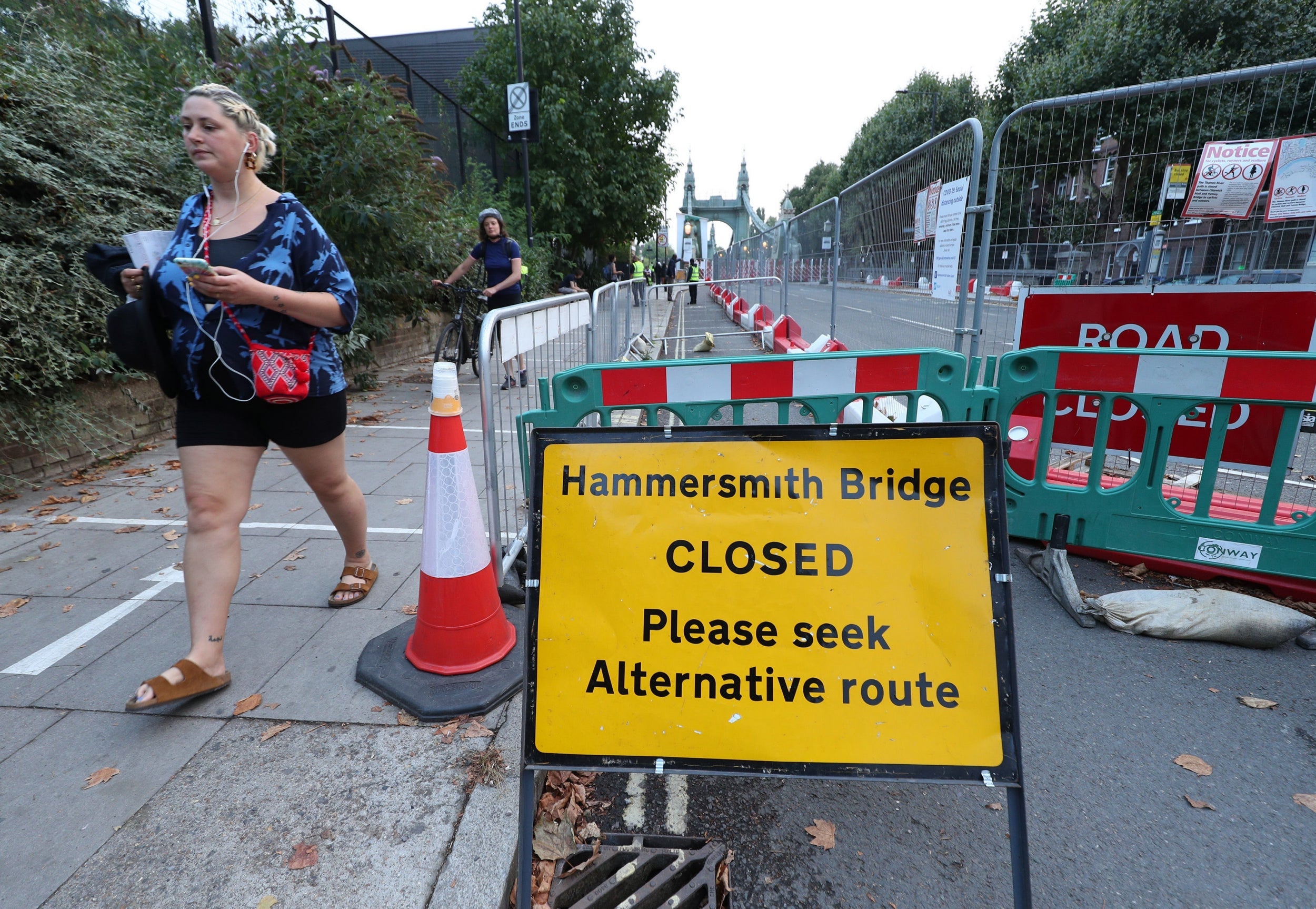 Boris Johnson was today being urged to help reopen Hammersmith bridge after its emergency closure to pedestrians and cyclists last night.

The cast-iron bridge was already closed to vehicles but cracks in its ageing structure widened as a result of the heatwave – forcing Hammersmith and Fulham council to ban all crossings.

Safety marshals were dispatched to the 133-year-old bridge today after a jogger was this morning seen defying the new restrictions to run across the bridge, which links Hammersmith and Putney.

The riverside towpath underneath the bridge has also been closed on both banks of the Thames.

Inspections are to take place on the structure “in the next few days” to see if it could be reopened to walkers and cyclists, though an early breakthrough is thought unlikely. The new inspections are expected to indicate the length of the full closure.

The structure is said to be “weather dependent” and engineers had already been spraying the bridge with cool water as temperatures exceeded 35C in London this week.

A temporary crossing, which Transport for London had proposed for walkers and cyclists to cross the Thames when the bridge’s full repairs eventually get underway, will take at least six to seven months to erect and would also require Government funding.

TfL had pledged £25m funding for the main bridge investigations and repairs, of which £16.7m has already been spent. However because of the impact of the coronavirus pandemic on TfL’s finances, the remainder cannot be provided without wider Government backing.

Hammersmith and Fulham council’s Labour leader Steve Cowan has written to the Prime Minister asking for help. The total repair bill for the bridge, which was closed to traffic in April 2019, was estimated at £120m prior to its condition worsening last night.

Mr Cowan said: “Safety is the number one priority. I’m absolutely sure that we averted a catastrophe by closing this 19th century suspension bridge to motor vehicles last year.

“We have some of the best engineers in the world working on this scheme. They advise we now face a similar dilemma. I appreciate how inconvenient this will be to thousands of people on both sides of the river and I am sorry about that, but we must follow the engineers’ advice.

“We will update everyone as soon as engineers have investigated the scale of the recent damage. I have instructed them to find a plan to safely reopen it as quickly as they can.”

But Tony Devenish, the Tory member of the London Assembly member for the area, blamed Mayor Sadiq Khan and the council for “years of neglect”. He said: “Londoners can’t keep up with this story of Laurel & Hardy incompetence and it isn’t funny.”

“Concept designs” have been completed for the temporary bridge and for the main bridge strengthening work, in addition to detailed designs for the stabilisation works.

Two funding bids had already been submitted by TfL to the Department for Transport. TfL has already received a £1.6bn bail-out from the Government and will need a second cash injection next month to keep bus and Tube services running from October.

Mr Khan said last month that “any DfT funding for the bridge would now need to form part of wider negotiations on the financial support that TfL will need in the second half of this financial year and the whole of the next financial year”. 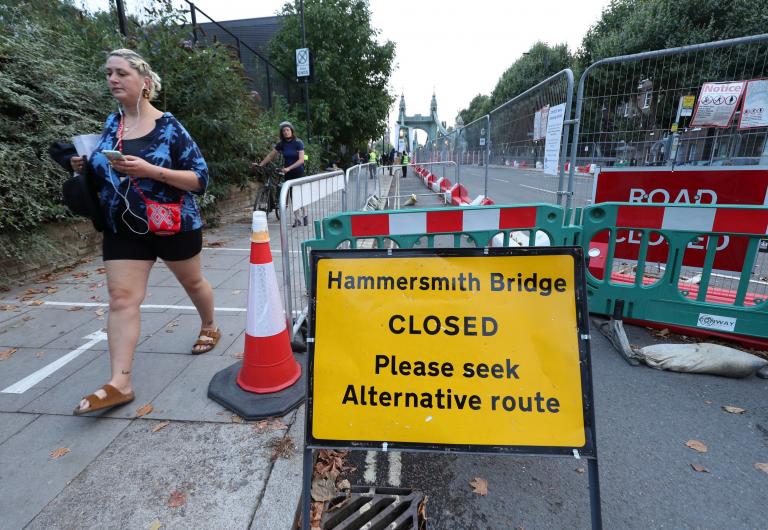