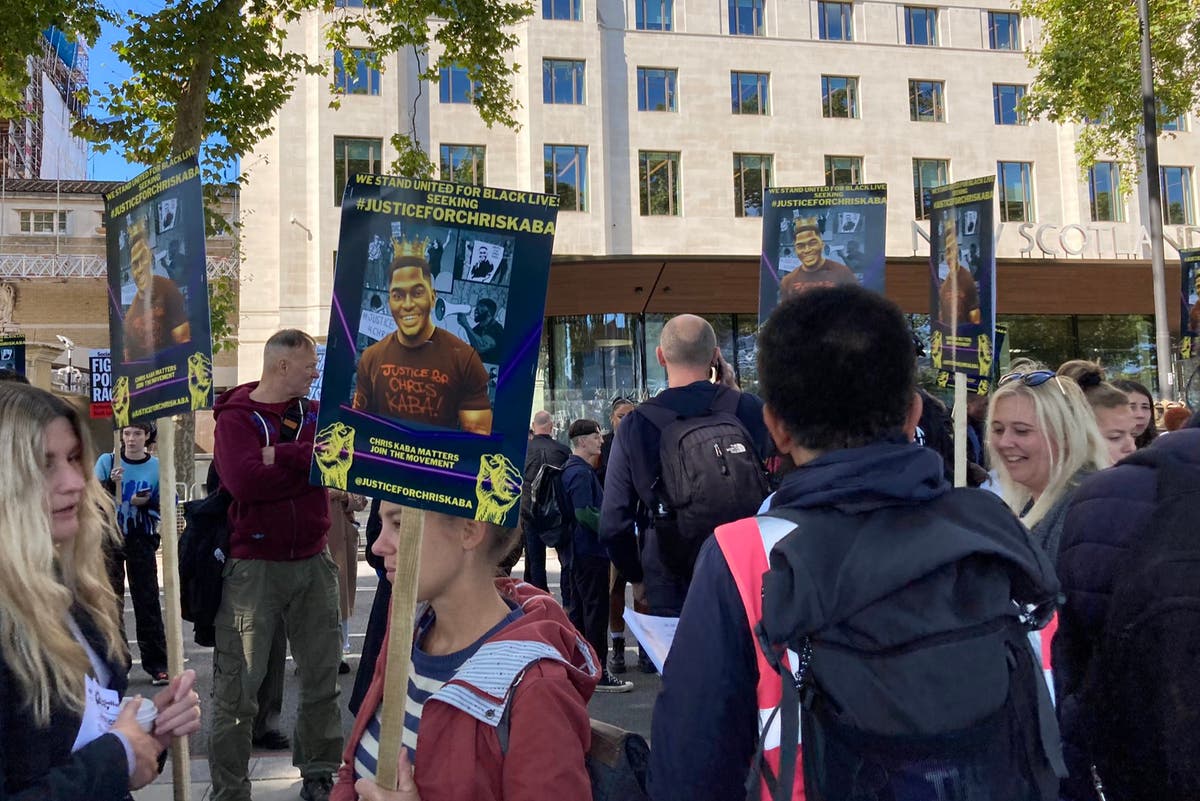 rotests have taken place across the country following the fatal police shooting of Chris Kaba.

The unarmed 24-year-old was killed earlier this month following a pursuit in Streatham, South London, while he was driving a blue Audi.

The post-mortem found he died from a gunshot wound to the head.

Amid community unrest, the Independent Office for Police Conduct is undertaking a homicide probe and the firearms officer has been suspended.

Investigators will consider whether race was a factor, the police watchdog has said.

A demonstration organised by the family of Kaba began in London at 12pm on Saturday. It began in Parliament Square and then moved to Scotland Yard.

Former Labour leader Jeremy Corbyn was among those protesting. It follows protests last week which included support from the musician Stormzy and the Labour MPs Bell Ribeiro-Addy and Harriet Harman.

Protests are also taking place in other cities including Manchester and Cardiff as part of a national day of action.

It comes as Mr Kaba’s family have demanded to see bodycam footage of the incident.

Mr Kaba’s cousin, Jefferson Bosela, said: “The family is urgently demanding that we see both bodycam footage and also aerial footage from the helicopter.”

He also slammed the Independent Office for Police Conduct, saying they had been “extremely vague” which “causes upset”.

He also said the family were unhappy that it had taken a week for the officer to be suspended.

Mr Kaba, who had been due to become a father, died after the Audi he was driving was boxed in by two police vehicles in Kirkstall Gardens and one round was fired.

Scotland Yard initially resisted calls from Mr Kaba’s family for the officer involved to be suspended.

But on Monday the officer was suspended following huge public outcry.