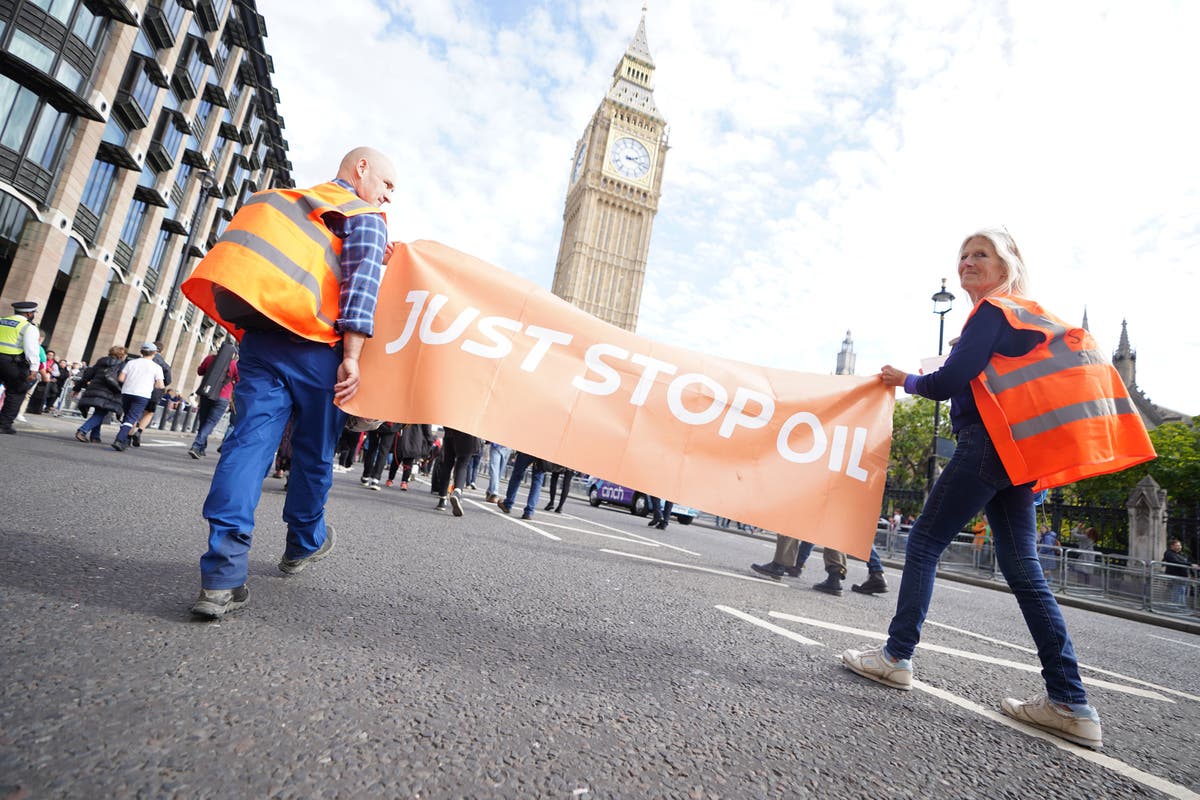 housands of climate activists blocked four major London bridges on Saturday as protests broke out across the capital.

The Just Stop Oil group claimed to have “brought central London to a standstill” by blocking four key bridges to Westminster – Waterloo, Westminster, Lambeth and Vauxhall – demanding the government take “immediate” steps to “end the climate and cost of living crisis”.

On Westminster Bridge, activists including members of Extinction Rebellion, sat in the road and played instruments, blocking traffic to chant slogans about the climate crisis.

Several people kept up a steady drumbeat on instruments decorated with the Extinction Rebellion logo, watched by police.

XR and Cuban flags were flown and a sign reading “save my future” was seen propped up in a baby buggy.

Meg, a member of Doctors For Extinction Rebellion, told PA: “This is a climate emergency and people are already dying, more are going to die from the effects of climate change.

“We’re acting in line with the values of health professionals who are supposed to try to protect public health and then safeguard people’s lives and wellbeing.”

A coalition of organisations, consisting of Just Stop Oil, the Peace and Justice Project, Fuel Poverty Action, Insulate Britain, CND and others, issued a statement saying they would protest until the government met their demands:

“To end the cost of living and climate crisis by stopping new oil and gas, to start a rapid transformation to a fairer society, decided by ordinary people and paid for by those who are profiting from humanity’s destruction.

By around 3.30pm, most marchers appeared to be responding to the police’s requests and had left the scene without being arrested.