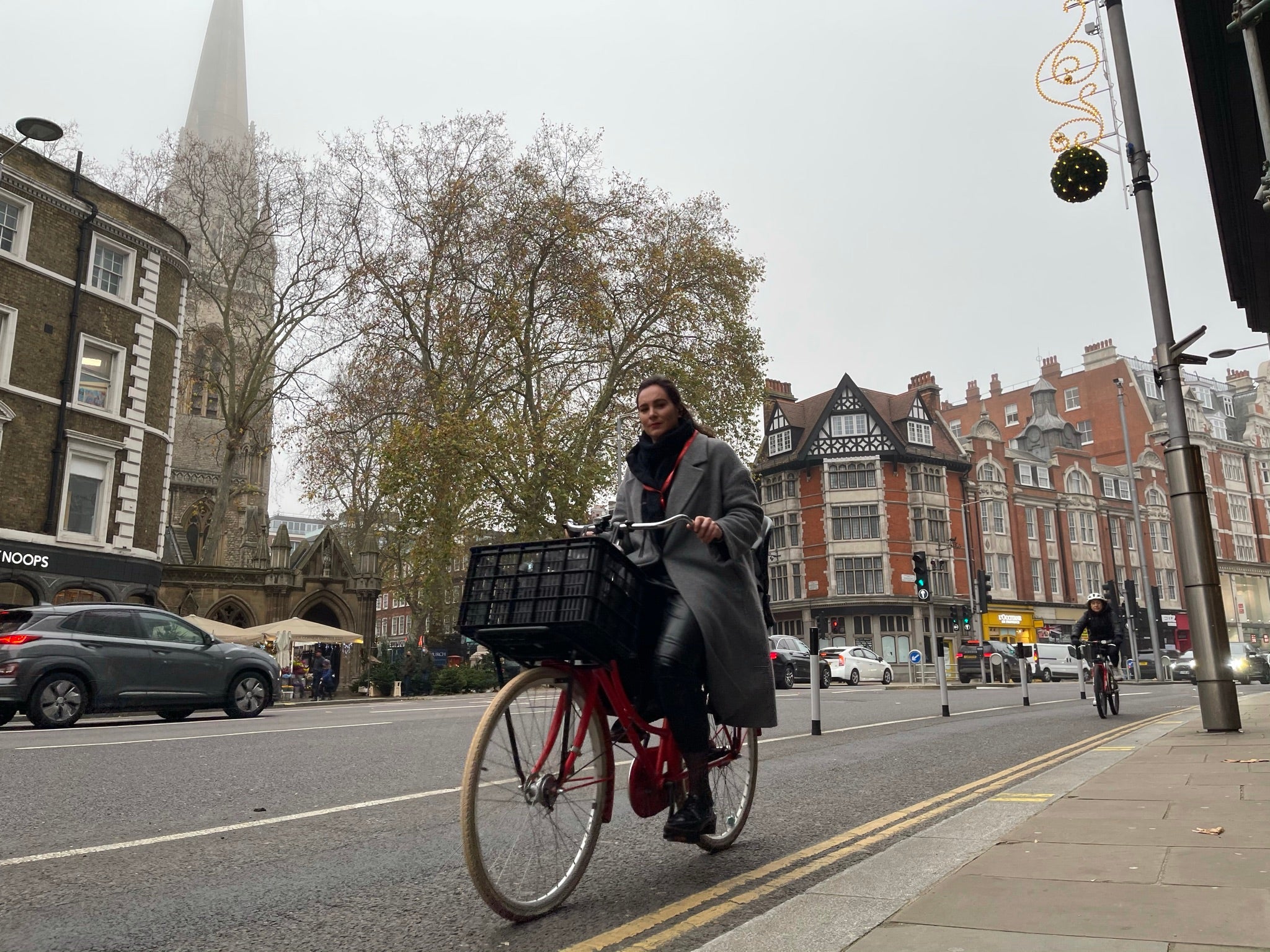 Kensington and Chelsea council said work to remove the lanes would start on Wednesday – sparking a massive backlash including from the borough’s teachers and cyclists.

Will Norman, the Mayor of London’s walking and cycling commissioner, said he would seek to recover the Government cash so it could be reallocated by Transport for London to other boroughs.

A Kensington primary school is organising a protest ride tomorrow morning to demonstrate the support for the “really critical” lanes, which are now used by about 4,000 cyclists a day – three times the number riding in Kensington High Street before they were installed.

It came as a petition used by the council to help justify axing the unfinished scheme after only seven weeks was revealed to include signatories from the US, India, Venezuela and Nigeria.

The council has received £313,000 in funding via TfL’s Streetspace fund for the lanes, and the total amount could have reached £700,000, and possibly as much as £1m, if the second stage – which includes changes to junctions – were completed.

Cllr Johnny Thalassites, lead member for transport, said: “Businesses and residents have told us loud and clear that they believe the experiment has not worked.”

Michael Stone, chairman of Kensington & Chelsea Chamber of Trade & Commerce, said: “The cycle lane in its current form is detrimental to business on Kensington High Street and beyond, and we support its removal.”

A spokeswoman for Shaun Bailey, the Tory candidate for Mayor of London, today said he supported the removal of the lanes.

But opponents said businesses had failed to admit that all non-essential shops had been forced to close during the second lockdown – and that much of the initial congestion had been caused by Thames Water and other utility works and not the cycle lanes.

The council’s own data, published earlier this month, showed that eastbound and westbound vehicle travel times have almost returned to the same level before the lanes were introduced.

It also revealed that the number of cyclists using the road increased to 574 during the morning rush hour and 365 during the Sunday peak – well up on the 211-an-hour peak in 2018.

Mr Norman said the council last year blocked a cycle superhighway in Holland Park Avenue and the extension of the CS8 superhighway along the Chelsea Embankment.

Mr Norman said: “They eventually agreed to do this [the Kensington scheme] but they are taking it out before it’s even finished.

“People are dying on these roads. I’m so angry about it. There have been so many collisions and serious injuries that there needs to be a safe route across west London.”

Fox primary school is organising a socially distanced “festive joyride” from 8am tomorrow, Tuesday. About 20 staff use the lanes, and the school said: “We want to show how much we need and want this precious infrastructure, to get the council to change their minds and keep it.”

Headteacher Emma Madden told the Standard: “Since the pandemic started, we have been advised not to take public transport and to walk or cycle when possible to keep the schools open.

“We need to do everything we can to minimise the risk of transmission of the virus. Part of that is about safe routes to work. Before the pandemic we had a small number of staff use cycles. Many more, like myself, would have liked to, but we felt far too unsafe.

“When the cycle lane came in, it was such a huge relief. It enabled so many more staff to get to work in a safe manner. This has been really critical – having a safe commute to work is really important.

“I must have not cycled for 20 years since I was at university, but I got my bike out of my parents’ shed and had it serviced. This has been really critical – having a safe commute to work is really important.

“We want to show in a positive way how important that cycle lane is to us.”

Justin Abbott, chair of local volunteer group Better Streets for Kensington and Chelsea, urged the council to “pause and reflect”.

He said: “There is manifestly no rush to rip out a safety scheme with no safe alternative on a road that is infamously dangerous.  The promised trial is not even half complete.  Their own data says the scheme was working – an incredible success after only a few weeks of an incomplete trial.

“Anyone who has been there in recent weeks knows the scheme works.  Why did they refuse to ask people who use it?”

He wrote: “In recent weeks we have received a considerable amount of positive feedback from staff and students who are using the new cycle lane as a safe travel route between [our campuses in] South Kensington and White City.”

It came after Lesley Watts, chief executive of Chelsea and Westminster hospital, told the council it “needs to do more to support NHS workers who are choosing to walk and cycle” to work.

Today it emerged that a petition used by opponents of the lane, such as Tory MP Felicity Buchan and London Assembly member Tony Devenish, to lobby for its removal includes many signatories from outside the borough – and some from across the globe.

A council spokeswoman said the petition “contributed” to the council’s decision, along with feedback from business forums, resident associations and a disability group. She said the council did not know how many businesses had been closed during the second lockdown.

The move is believed to be the first during the pandemic where cycle lanes introduced on main roads have been rapidly ditched, though TfL has announced plans to scrap the short westbound cycle lane in Euston Road next month.