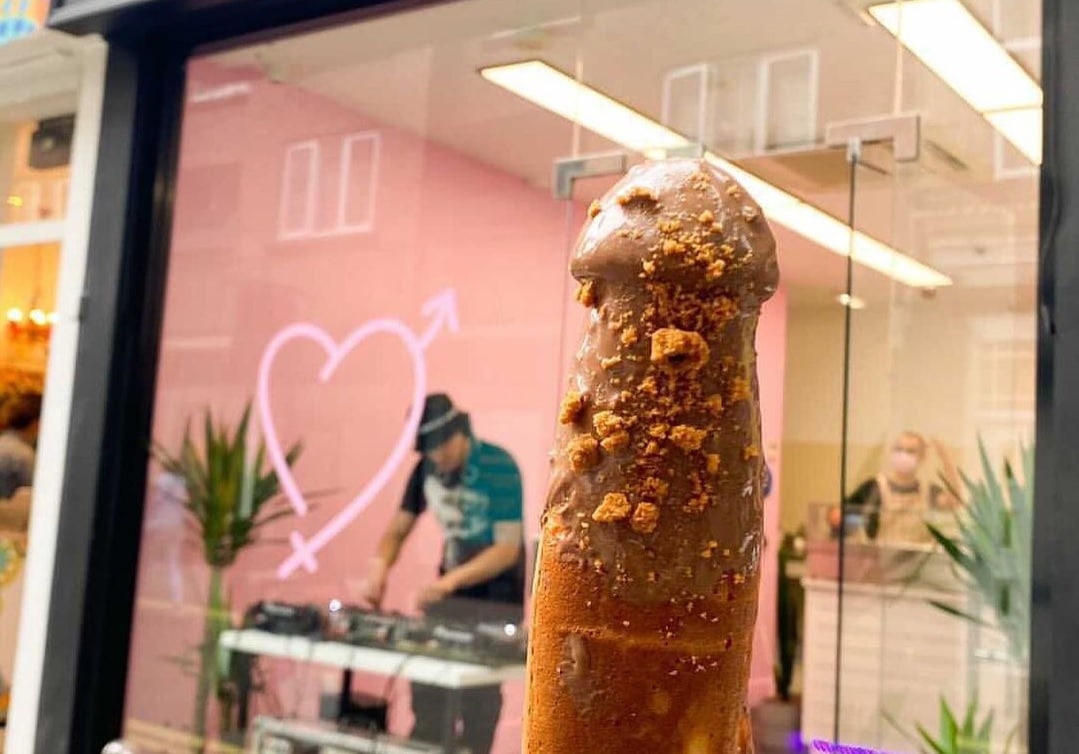 SEE ALSO: The Camden Dessert Parlour Inspired By A Fairytale

Yes, it really is that simple. There are two types of “sexy French waffles” on the menu: one penis-shaped, one vagina-shaped. The willy and fanny waffles are both priced at £7 each (it’s called gender equality, look it up), and there are five varieties of each available, handily named for reference. For instance, your ‘Lucien’ is a willy waffle, dipped in milk and white chocolate and finished with triple chocolate balls, whilst the ‘Yvette’ is a fanny-shaped waffle topped with milk chocolate and Speculoos biscuit.

They’re all served on a stick, and reportedly each type of waffle offers a different experience: the fanny variety is thinner and offers a crispy bite, whilst the willy waffles are thick and chewy. 😂 Each willy waffle has a fanny equivalent, and vice versa (Lucien-Lucette, Jacques-Jacqueline, etc) – so whatever you’re in the mood for, you’ll find one that feels great inside you.

I’m not sorry about that. As you might expect, in Zizi Factory’s short few weeks of existence, it’s proved a popular spot with food bloggers aiming to snap a particularly cheeky photo. And let’s be honest, cheekiness is what this place is all about: there’s even an option to add a ‘happy ending’ to your waffle, although in this case it’s mercifully just a dollop of Chantilly cream, rather than the alternative…

Anyway, if you’re looking to indulge your sweet tooth in the naughtiest way possible, or you’re on a date and would like to send some not-so-subtle signals that you’re in the mood for love, pop down to Zizi Factory. You’re sure to leave satisfied!

Find them on Neal Street in Covent Garden. Opening hours are at 12-7pm weekdays, 11am-8pm weekends.

These Are All The Michelin Star Restaurants In London For 2022