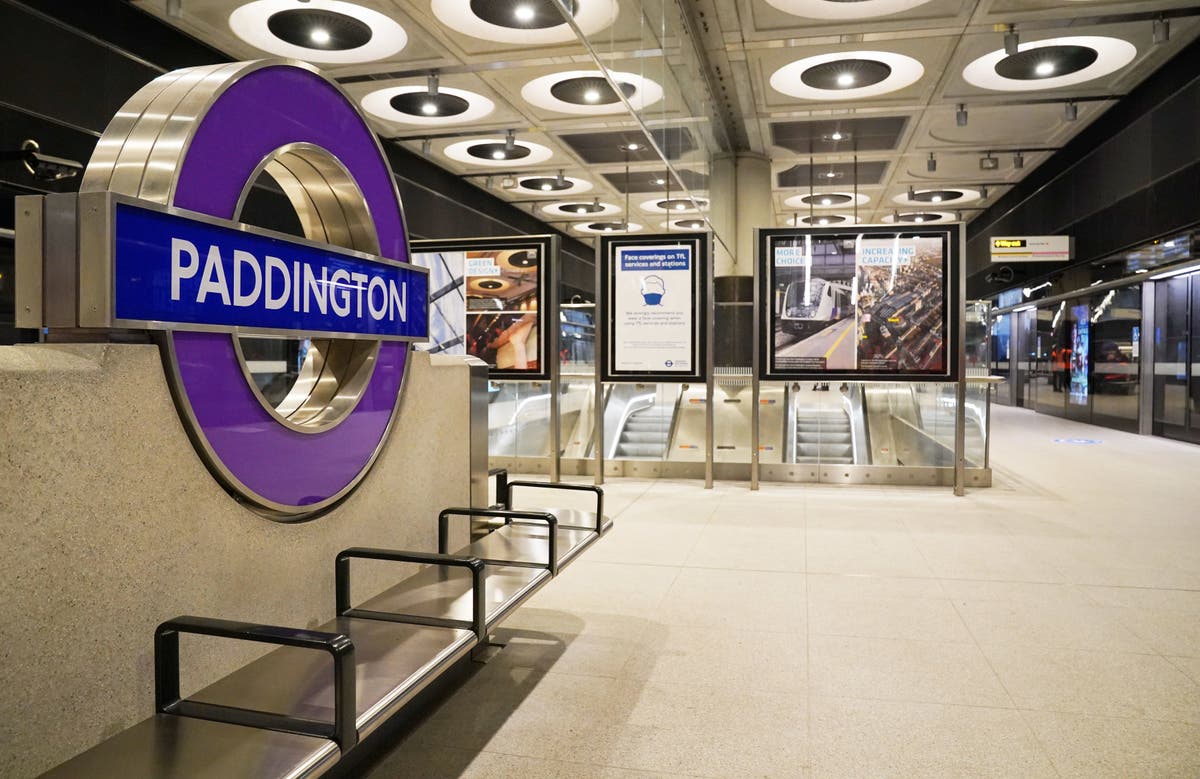 The long-awaited line, which fell years behind schedule and went billions over budget, will start running through central London on Tuesday May 24.

TfL said the “stunning” £20bn project – which will be renamed the Elizabeth line – would transform the capital’s public transport network, adding 10 per cent capacity and boosting the post-pandemic return to work.

Wednesday’s announcement, which is subject to final safety approvals, had been eagerly awaited but the chosen date is slightly earlier than many expected and will act as a precursor to the Queen’s platinum jubilee celebrations.

There are hopes that the 96-year-old monarch, after whom the line is named, will be able to be involved in the opening in some way, either on May 24 or at a later date.

The opening day was selected in recognition of post-pandemic “Tuesday to Thursday” office working patterns to allow as many Londoners as possible to share in the celebrations.

The central section includes 10 spectacular new stations, some such as Liverpool Street, Tottenham Court Road and Paddington of a size never before seen in London.

However, Bond Street is not ready and trains will run through without stopping until “later this year”.

The £1bn fleet of 70 nine-carriage trains will run every five minutes in the central section, from 6.30am to 11pm six days a week.

The journey from Paddington to Canary Wharf will be cut to 17 minutes, compared with more than 30 minutes by Tube at present.

The central section will close on Sundays for several months – other than on June 5, which is part of the jubilee bank holiday weekend – to allow further testing and upgrades.

Confirmation of the opening date vindicates the decision of TfL commissioner Andy Byford to demand personal overall control of the project in 2020 and his vow to open it in the “first half of 2022”.

Test trains have been running for a year but a key factor in securing the go-ahead was the running of 20 trains an hour last Sunday. This convinced TfL chiefs and operator MTR on Tuesday afternoon that the line was ready and reliable enough to open.

Mr Byford said on Wednesday: “I am delighted that we can now announce a date for the opening of the Elizabeth line in May. We are using these final few weeks to continue to build up reliability on the railway and get the Elizabeth line ready to welcome customers.

“The opening day is set to be a truly historic moment for the capital and the UK, and we look forward to showcasing a simply stunning addition to our network.”

Construction of Crossrail began on May 15, 2009, when then Prime Minister Gordon Brown and then mayor Boris Johnson saw the start of piling work at Canary Wharf station. At the time, Crossrail was expected to open in 2017.

But in summer 2018 Mayor Sadiq Khan was told that a new opening date of December 2018 could not be hit. Further delays – and an increase in costs from £14.8bn to £18.9bn, excluding the new trains and depot at Old Oak Common – saw the opening slip to “no later” than the end of June 2022.

The Evening Standard was the first to report problems with Crossrail’s schedule in January 2018.

On Wednesday, Mr Khan, who travelled on a test train in January, said the Elizabeth line would be “world-class” and added: “This is the most significant addition to our transport network in decades.

“Green public transport is the future and the opening of the Elizabeth line is a landmark moment for our capital and our whole country, particularly in this special Platinum Jubilee year. I’m so proud of this new line and can’t wait for millions of passengers to start riding on the Elizabeth Line from May 24.”

TfL Rail services already operating on the western and eastern sections will be rebranded as the Elizabeth line.

Passengers wanting to access central London will initially need to change trains at Paddington or Liverpool Street. Fare capping will mean they are not charged twice.

TfL plans to connect the western and eastern sections to the central tunnels in the autumn, when 22 trains an hour will run at peak times between Paddington and Whitechapel. Peak capacity will increase to 24 trains an hour by next May.

Ahead of the opening, Elizabeth line signage will be uncovered and the Tube map will be updated. TfL says the line will boost regeneration across the capital and add an estimated £42bn to the UK economy.