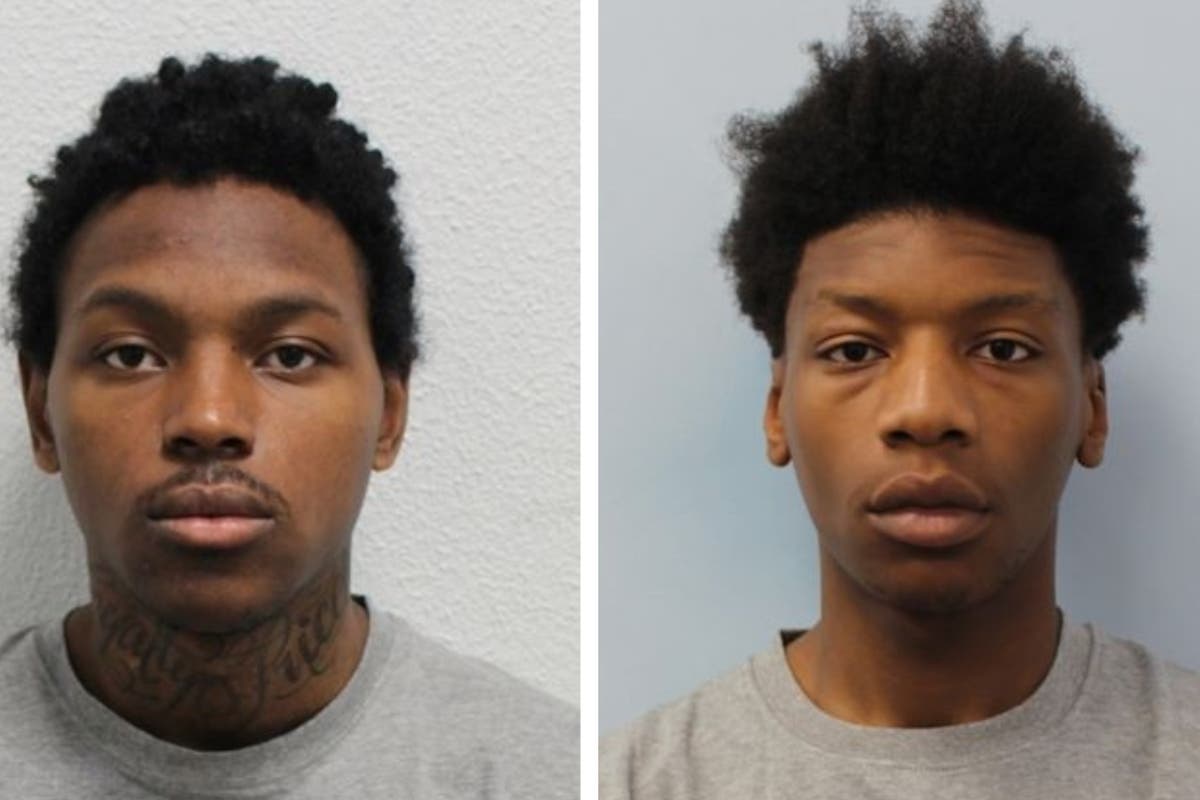 wo men have been jailed over the fatal “frenzied” stabbing of a sixteen-year-old boy in Croydon.

Camron Smith was murdered in his mother’s bedroom in a group attack by men who forced their way into his home in July last year.

The injuries inflicted on him at his home on the Shrublands Estate shocked even experienced homicide detectives at Scotland Yard.

Romain La Pierre, 20, was sentenced at the Old Bailey to a minimum of 28 years for Camron’s murder on Friday, and nine years for robbery, to be served concurrently.

Jordan Tcheuko, 19, was given fifteen years behind bars for manslaughter.

The court heard how the defendants and their associates had robbed a minicab driver of his car and phone at knifepoint in Streatham.

They then drove the car in convoy with two mopeds to hunt for their rivals.

La Pierre and Tcheuko were armed with knives and were hunting for people they associated with the stabbing of one of their friends, Jerome Taylor in Pawson’s Road, Croydon, the previous day.

The pack of men targeted three homes in Croydon.

The first was no longer occupied by the person they were looking for and the new occupier awoke to find a masked man in her bedroom.

They weren’t able to get into the second, and so moved onto the third, where they kicked down the door to Camron’s home in Bracken Avenue.

They chased him to his mother’s bedroom, where he was fatally stabbed.

The group were in the house for no longer than two minutes before they ran, fleeing the scene in the stolen mini-cab and mopeds.

Police would later find DNA evidence inside the mini-cab but officers said investigations were ongoing to catch others thought to be involved.

Met Detective Sergeant Mike Seager said: “I am an experienced homicide detective and was shocked by the injuries inflicted on Camron.

“From the very start, my team was determined that those responsible should not be permitted to move freely within the community.

“Despite the complexity of the investigation, and attempts to hinder our enquiries, we have succeeded in bringing most of those involved to justice.

“However, let me make it clear, the investigation remains open and we will not stop until we have put all of those involved before the courts.”

A 16-year-old boy convicted of robbery at the same court earlier this year will be sentenced on a date to be scheduled in due course.