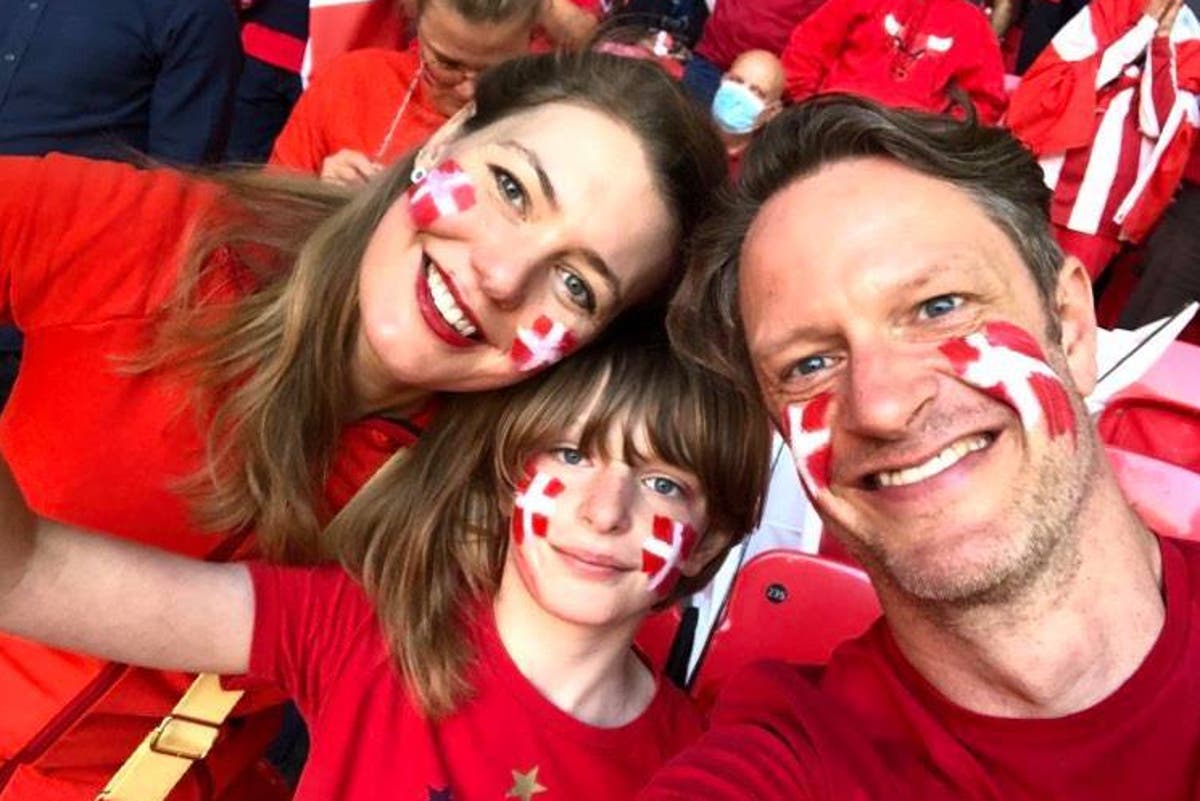 Danish family were left horrified after a mob of England fans stormed their bus on the way home from Wembley after the Euro semi-final.

A 9-year-old boy was forced to flee to the top deck as his father was confronted and punched in the stomach by an England fan, after a group of 40 spotted their shirts through the windows.

Eva Greene, 43, has urged police to give Italian fans protection for the Euro 2020 final on Sunday night after her family were singled out by some “drunk and aggressive” fans miles from the stadium.

She described the “electric” feeling when Denmark went 1-0 up and even though her nation lost said they had a good night chatting to other “lovely” England fans in Wembley Stadium.

But on the final leg of their journey to their Dulwich home she spotted a large group of jubilant England fans jumping all over a truck in front of their bus.

She told The Standard: “We were sitting with a sleeping child when a crowd of people spotted our Danish T-shirts through the windows.

“They started banging on the windows and the doors, screaming and yelling.

“They started filming us, it was uncomfortable and weird because we hadn’t engaged with them – we just wanted to go home.”

The bus driver allegedly opened the doors which allowed England fans to get on the bus with the American father Lane trying to stop them in the corridor.

“At this point I became aware my son was getting afraid, and he went up the stairs. I went after him,” Eva said.

“When my back was turned, one guy leapt up and punched my husband in the stomach. A lovely passenger who tried to help us was slapped in the face.”

She angrily confronted the group and told them she just wanted to get her son home but she said the “vast majority” kept screaming and banging at the windows where he was sitting.

The bus eventually pulled off as fans continued to yell abuse and make “jerk-off hand signals” at the family, she said.

She continued: “We’re just a family. We just wanted to support our team. I don’t understand – why wasn’t winning enough?

“My husband, who is actually American, was really angry, he told them they should be ashamed of themselves, that they were disgracing the English team. England’s team deserve better fans.”

The digital communications officer at a prestigious law firm said her son Henry had grown concerned for repercussions on Italy fans if England lose on Sunday.

“We’re hoping to persuade our kid to root for England on Sunday. One night of idiocy won’t undo 6 years of lovely friends and neighbours.

“I hope the police will put precautions in place for Sunday, outside of Wembley.

A Met spokesman said they were investigating an allegation of an assault on Lordship Lane, East Dulwich on Wednesday July 7 at around 11.50pm.

“A passenger on a bus is alleged to have been punched by a man who was part of a crowd of people blocking the road.

“The victim did not sustain any lasting injuries and did not require hospital treatment.

“The incident was reported to police online in the early hours of Thursday, 8 July.”

The force added there was no record of a second assault and the confrontation happened in the doorway of a bus.