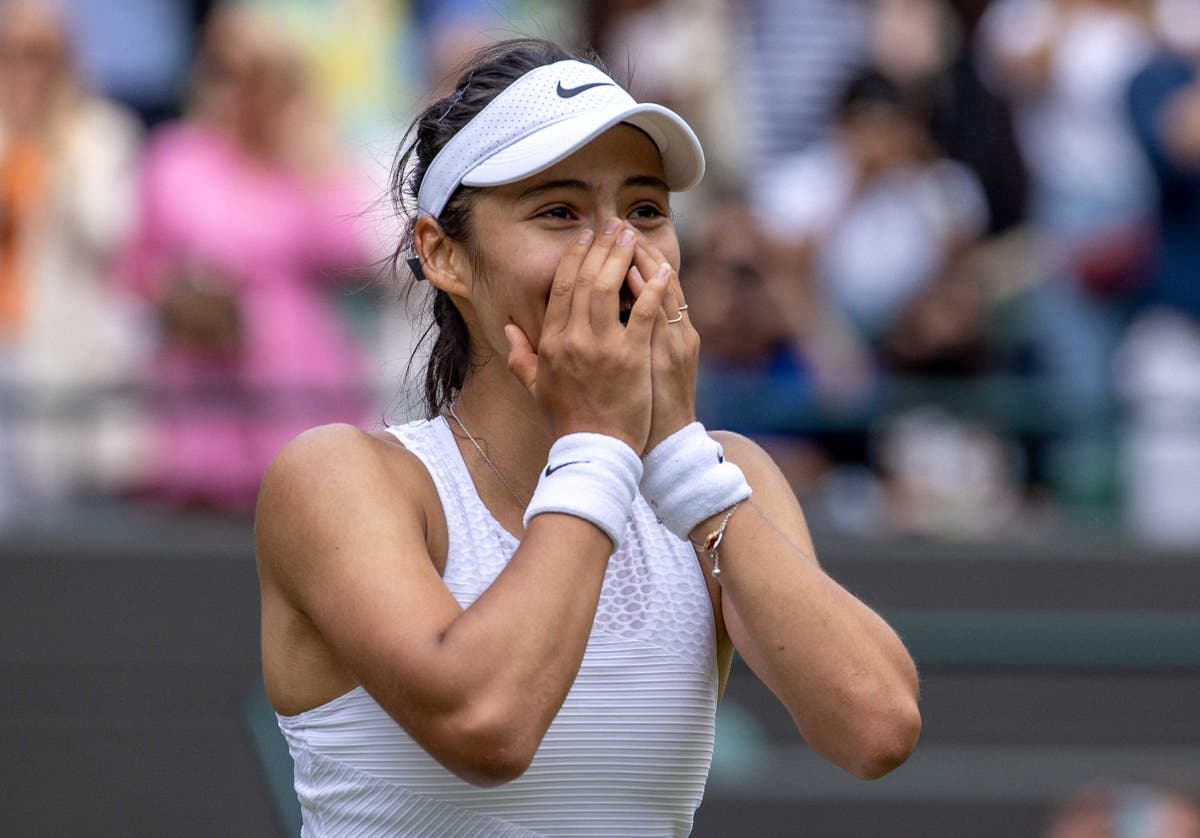 ourt One was the place to be on Saturday if you wanted to witness the stunning moment of arrival for the new darling of British tennis. Step forward 18-year-old former unknown Emma Raducanu whose sublime, shocking, straight sets victory over 19th seed Sorana Cirstea, from Romania, makes her the only Brit to make it into the second week of Wimbledon.

“I think I am going to have to do some laundry tonight,” she joked with the crowd after winning 6-3 7-5. Asked how she felt about coming back next week, she said: “It’s funny because when I was packing to come into the player’s bubble, my parents were like, ‘aren’t you packing too many sets of match kit?’”

The A-level student from Bromley is the first British woman to make it to the fourth round in a Wimbledon debut in 42 years. Ranked 338 in the world before her wild-card entry, she is now guaranteed prize money of at least £181,000, rising to £300,000 if on Monday she can beat the Croatian Australian Ajla Tomlijanovic, who on Saturday put out the  former French Open champion Jelena Ostapenko in three sets.

Raducanu started tentatively under dark threatening clouds, going 3-1 behind. This was her first Grand Slam and the biggest arena she had ever competed in by a mile. How would she cope?

The answer came in emphatic style. Showing nerves of steel, she attacked relentlessly and reeled off 8 games in a row, taking the first set 6-3 and going 3-0 up in the second. By now the sun was out and the Court 1 crowd were loving every moment. Raducanu was playing with freedom. Her stroke-making was as fluent as it was fearless and she moved around the court with a natural athleticism that made it feel like she was floating.

But Cirstea is a tough competitor and she fought back, taking the next three games to level at 3-3. This was the moment of truth. So many British women falter mentally at this sort of hurdle. But going down on her knees to dig out some low returns, Raducanu arrowed a series of pin-point backhand drives down the line and reasserted herself to lead 6-5. By now it had become a tense ding-dong affair, neither player budging.

With Cirstea serving to stay in the match, the young Brit played a brilliant drive volley followed by a forehand piledriver to set up a match point. Cirstea stood firm, but when Raducanu broke her at the third time of asking, the crowd erupted and rose as one to salute the new star of British tennis.

“It’s coming home!” somebody shouted. Raducanu laughed and paid tribute to the crowd: “This is the biggest court I’ve played on. I was down 3-1, I tried to hold my nerve. You really got me through the first set, the second set, the whole match really. Just to stay here another day and play here in front of you.”

‘We’re ready for anything’: Harry Kane tells of expectation and belief in England squad