Green Milk Presents: There Will Be Blood 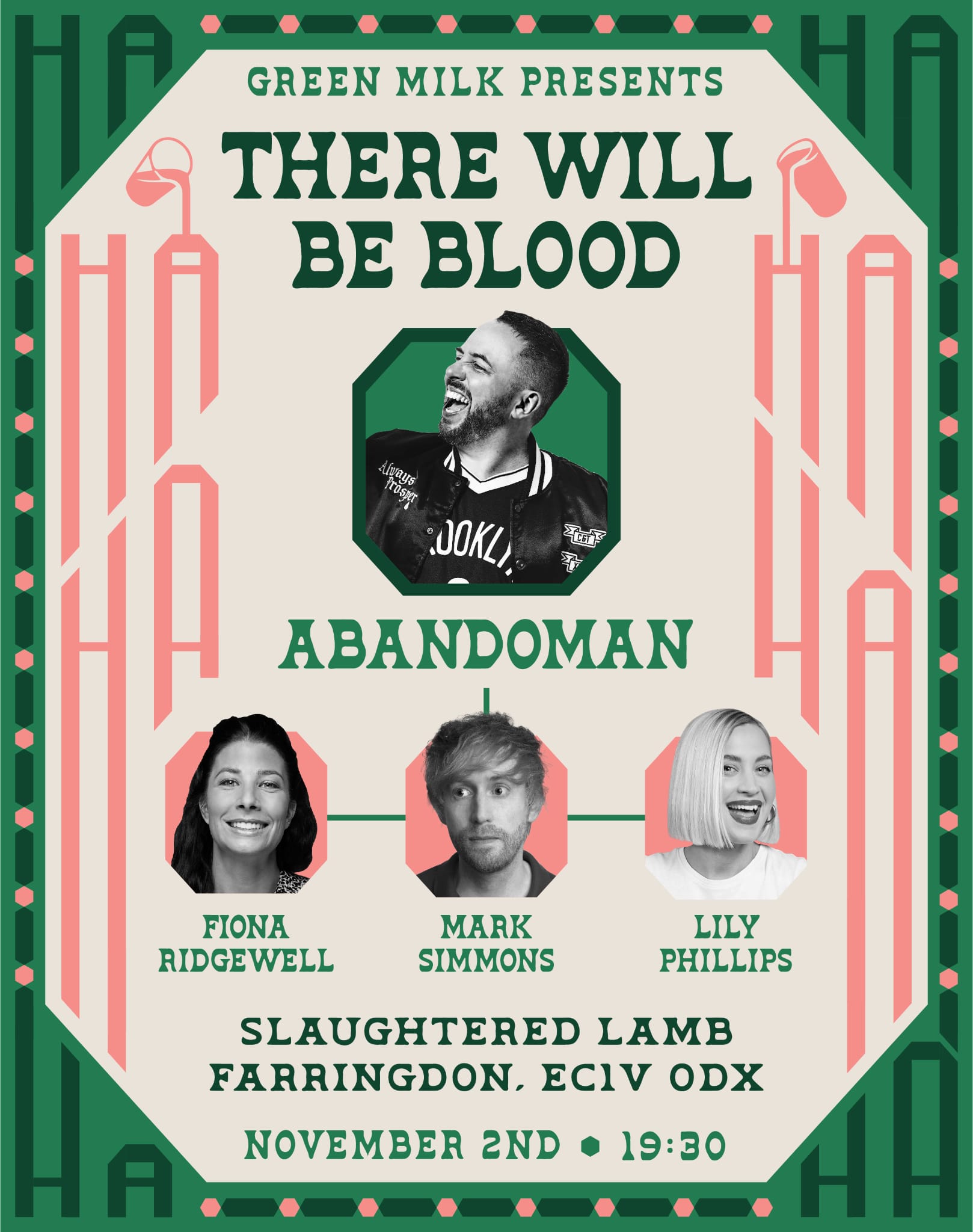 The cult comedy night is back and ready to break all sorts of records again. Showcasing the finest comedians in the city, Green Milk is renowned for putting on one-off nights that you simply don’t want to miss. This ain’t no open mic, no night of stand-up like you’ve seen before. It’s a celebration. A sensation. Another in a series of knock-out nights that includes:

Join us as we do a Day of the Dead thing with a bunch of unsuspecting comedians. They have no idea what we’re up to.

Abandoman does Irish Hip Hop with a difference. No two of his gigs are ever the same, with each night showcasing his frankly disturbing ability to make so much shit up on the spot. ‘Raucous, expansive and relentlessly hilarious’ ★★★★ (Times). ‘Truly innovative’ (Guardian).

Mark Simmons does loads one -liners, but, you know, well. A Mock The Week resident and Edinburgh Fringe favourite, we’re told Mark has a big following on TikTok. Can you verify that for us? ‘Absolutely hilarious.’ ★★★★ (The Scotsman). ‘Gags of the highest order’ ★★★★ (Broadway Baby).

Fiona Ridgewell does zen. Funny Women finalist in 2020, and nominated for best debut show at Leicester Comedy Festival. She is also one third of the podcast 3 girls 1 pod. ‘A direct, cheeky sense of humour’ (Chortle).