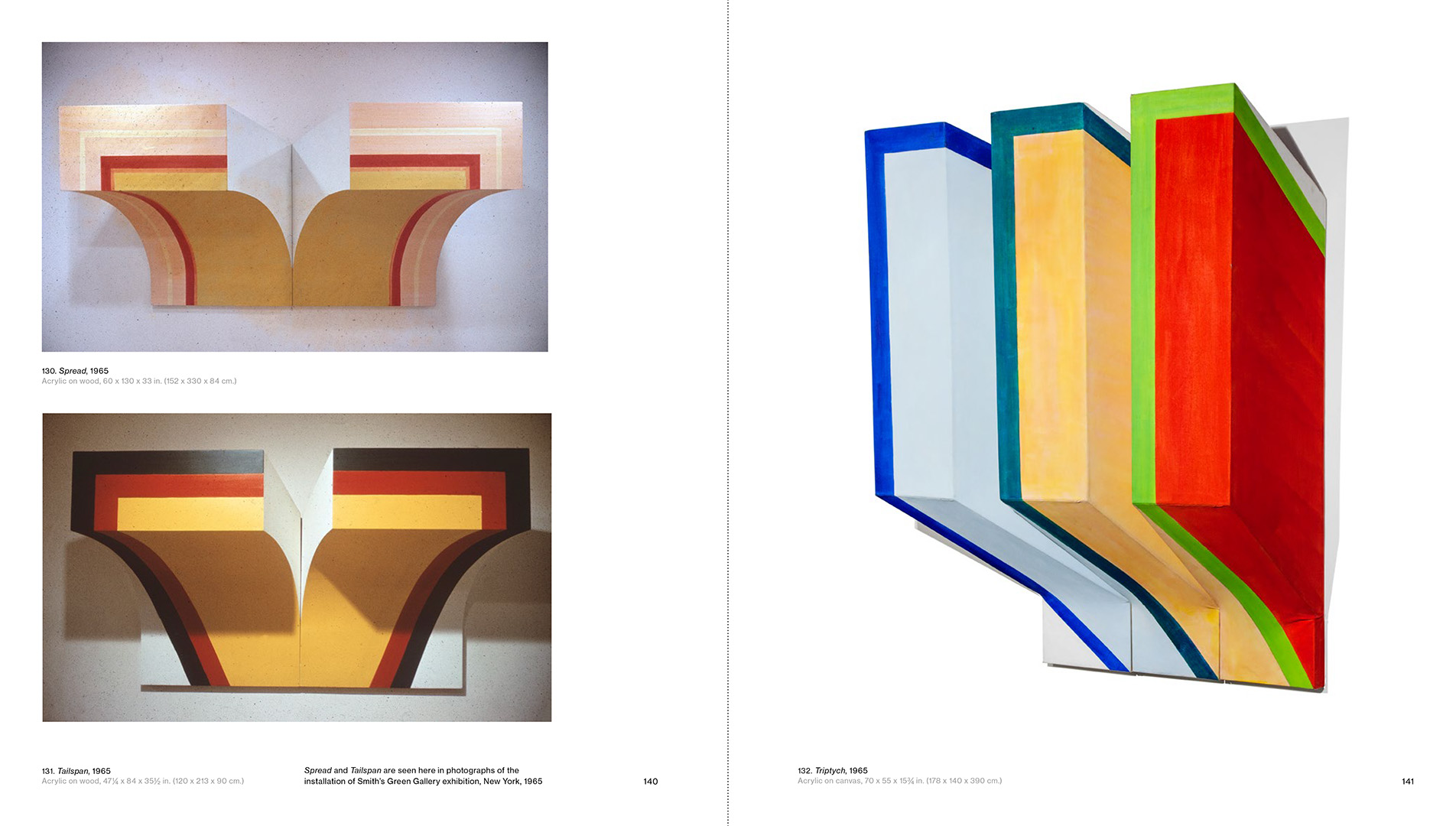 Flowers Gallery is delighted to present an exhibition of works by British artist Richard Smith CBE (1931 – 2016). Recognised as one of the most influential painters of his generation, Smith’s work of five decades evades precise categorisation, with an expansive abstract painterly style very much his own.

The exhibition coincides with the launch of a major new publication Richard Smith: Artworks 1954-2013, with essays by David Alan Mellor, Chris Stephens, Alex Massouras and Martin Harrison. This new study is intended to reignite discourse around this diverse artist, whose impressive oeuvre is fertile territory for a new reassessment. Also concurrently on view is Richard Smith: Kites at the Edge Art Centre, University of Bath until 17 December, 2022.

This exhibition presents a survey of works from 1965 to 2009, focusing on intersections of colour, form and material construction. Included are a selection of Smith’s critically acclaimed paintings on three dimensional canvases from the 1960s, including A Whole Year and Half a Day VIII (1966), formerly exhibited at his solo exhibition for the British Pavilion at the Venice Biennale in 1970. During this period Smith created monumental sculptural shaped canvases, which explored a radical new tension between volume, colour and surface. In A Whole Year and Half a Day VIII, the canvas appears to unfurl playfully from the wall, while in Triptych, 1965, three vivid carton-like panels protrude into the space of the gallery, recalling the bold impact of advertising hoardings.

Other works take this experimentation with shaped supports in new directions. In works such as Maryland (1972), and A Dark Present (1972) horizontal and vertical tapes intersect with the surface of the canvas. Here, Smith’s interest in the hidden grid-like warp and weft of the canvas is accented by its interwoven construction at an enlarged scale.

Also presented are a selection of Smith’s works on paper which provide enriching further insights into the paintings around them. Purple, Red and Green Intersections (1969) exemplifies the ways in which Smith uses bold colour to delineate forms, while also employing sculptural strategies such as cuts and folds, creating a striking sense of depth and structure in their two-dimensional surfaces.