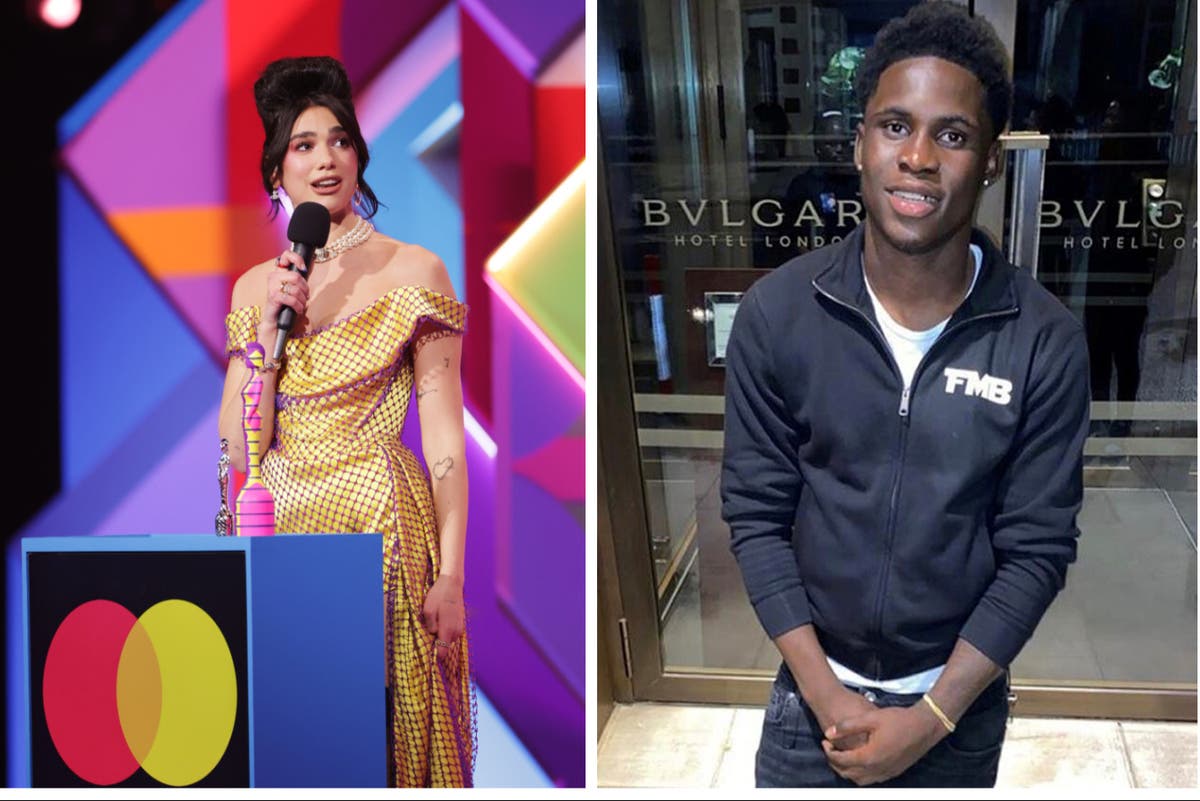 he family of Thames hero Folajimi Olubunmi-Adewole today said they were “touched” after Dua Lipa paid a moving tribute to him at the Brit awards.

The singer dedicated one of her two awards to Mr Olubunmi-Adewole, known as Jimi to his friends, who died after jumping into the river to try to save a woman last month.

Accepting her best album gong at the O2 last night, Lipa joined calls for the 20-year-old and fellow rescuer Joaquin Garcia, 21, to be given bravery awards. “This award is for Jimi and Joaquin. Jimi, you have touched the hearts of the whole nation and we will never forget you,” she told the 4,000-strong live audience.

His father Michael Adewola, 63, today said: “Her words were very comforting and we thank her. It is the funeral tomorrow and we are so touched by what she said. I think he should get the George Medal. It’s so nice that she spoke about my son. God bless her.”

The hero’s uncle, Olumide Wole-Madariola, said: “We so appreciate her speaking about Jimi, it was very moving.”

Lipa, wearing bespoke Vivienne Westwood, dedicated her other award, for best solo artist, to Dame Elizabeth Anionwu, the emeritus professor of nursing at the University of West London.

Dame Elizabeth worked in nursing for over three decades, becoming the UK’s first sickle cell and thalassaemia specialist. In her speech, Lipa praised Dame Elizabeth for working to highlight the “massive disparity between gratitude and respect for frontline workers”.

Lipa added: “She has spent her stellar nursing career fighting racial injustice. She has also spent so much time and is a strong, strong advocate for protecting frontline workers.”

She also called on Boris Johnson to give NHS staff a pay rise, saying: “It’s very good to clap for them [NHS frontline workers], but we need to pay them.” Her speech was met with rapturous applause from the crowd, which included 2,500 London-based frontline workers who won tickets in a ballot.

Dame Elizabeth said of the dedication: “I’m in shock!!” She tweeted: “Thank you so much @DUALIPA for your nomination and your support for better pay for frontline #NHS staff.”

For the first time, each winning act was given two trophies and was encouraged to dedicate one to a person who inspired them.

The Spice Girls tweeted: “Congratulations @LittleMix Doing it for the Girls!!”

Billie Eilish won international female solo artist, and Arlo Parks said it was her “dream” to be named breakthrough artist.

US girl group Haim won the international group Brit Award. There were no after-show parties but plenty of celebrations. Taylor Swift was seen partying with Haim and posing with Game of Thrones star Maisie Williams.