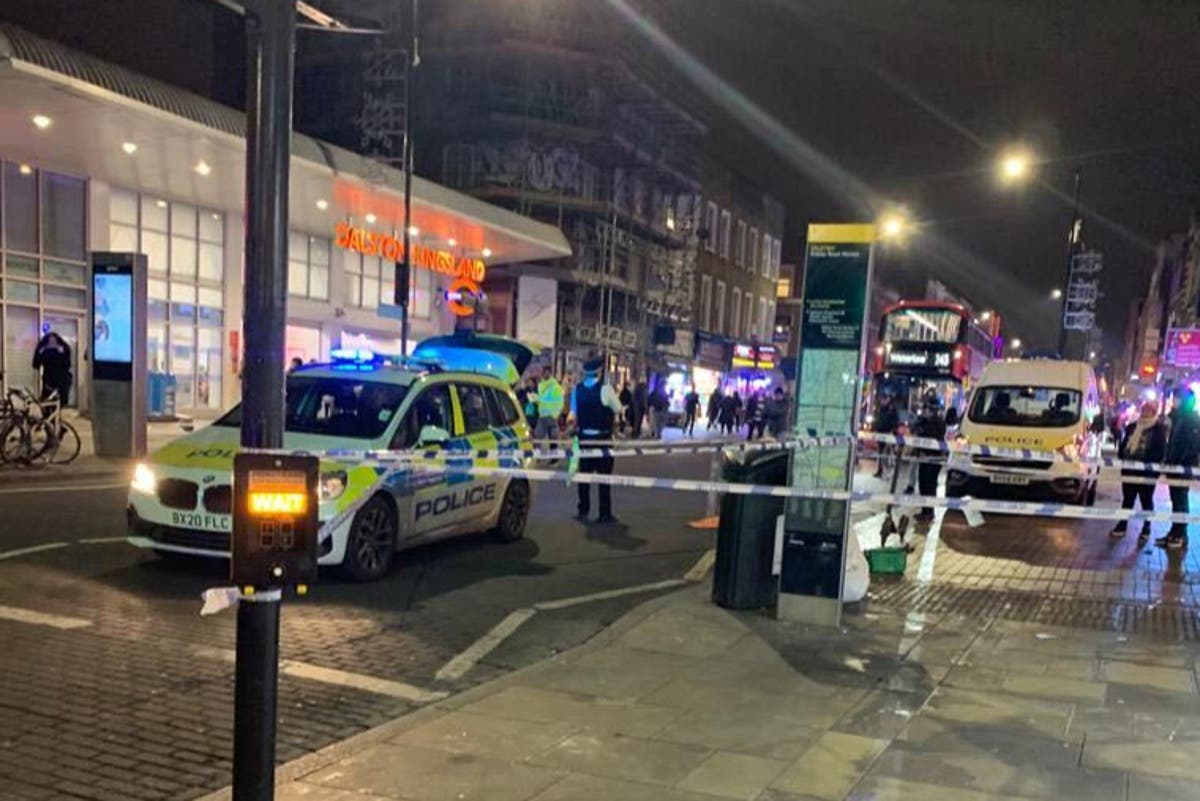 pedestrian was left with possible life-changing injuries after being struck by an e-Scooter on a busy high street in east London.

The woman was hit in Kingsland Road at the junction with Dalston Lane at around 5.40pm on Tuesday.

A large police cordon is in place with a black scooter and bloody tissues used to treat the woman lying on the pavement by Ridley Road market.

A Scotland Yard spokesman said: “Police were called by LAS at 1.41hrs on Tuesday, 18 January to Kingsland Road, junction with Dalston Lane E8 following reports of a collision involving a female pedestrian and an e-Scooter.

“The pedestrian was taken to hospital – condition not believed to be life-threatening but may be life-changing.

“The rider of the e-Scooter stopped and is assisting police with their enquiries.”

In 2018 Sakine Cihan, 56, became the first pedestrian to die in the UK after colliding with an electric bicycle on the same stretch of road.

She lived in Dalston, where the accident took place, shortly after 5pm.

Thousands protest against Russian invasion of Ukraine in central London