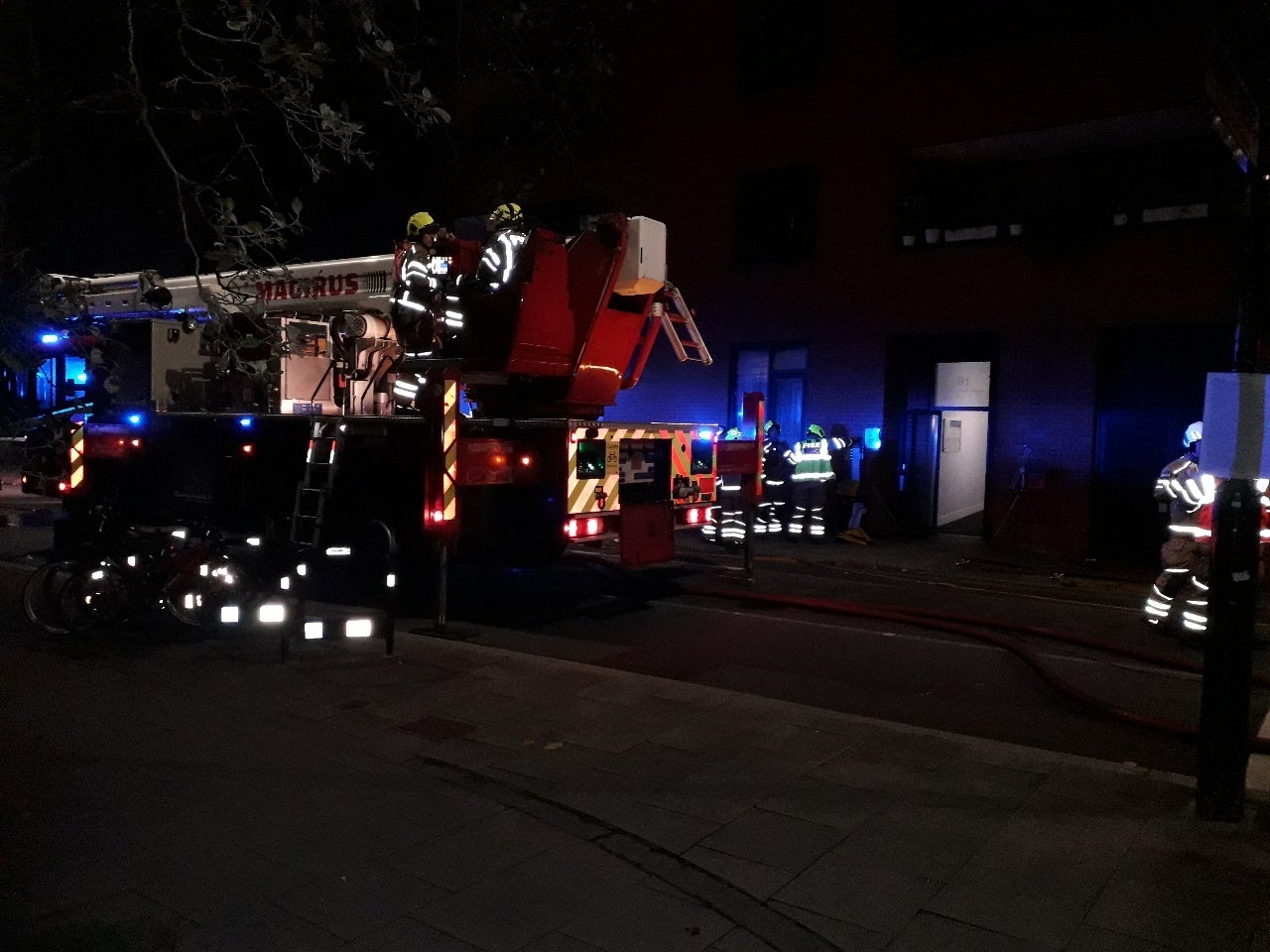 ore than 100 firefighters were scrambled to a flat blaze in Southwark and rescued residents from the burning building.

The brigade plucked six people to safety while 20 others had already fled after the alarm was raised at 12.50am on Saturday.

Fire crews used breathing apparatus and put fire hoods on those they rescued to stop them inhaling smoke.

Southwark Borough fire  Commander Lee Sandy, who was at the scene, said: “Around 20 people left the building before the Brigade arrived.

“Southwark Bridge Road was closed whilst crews worked to make the scene safe and local people were encouraged to find alternative routes.

“Firefighters are expected to remain on scene for a number of hours damping down.”

The Tube Map In 2040 Is Going To Be Pretty Intense