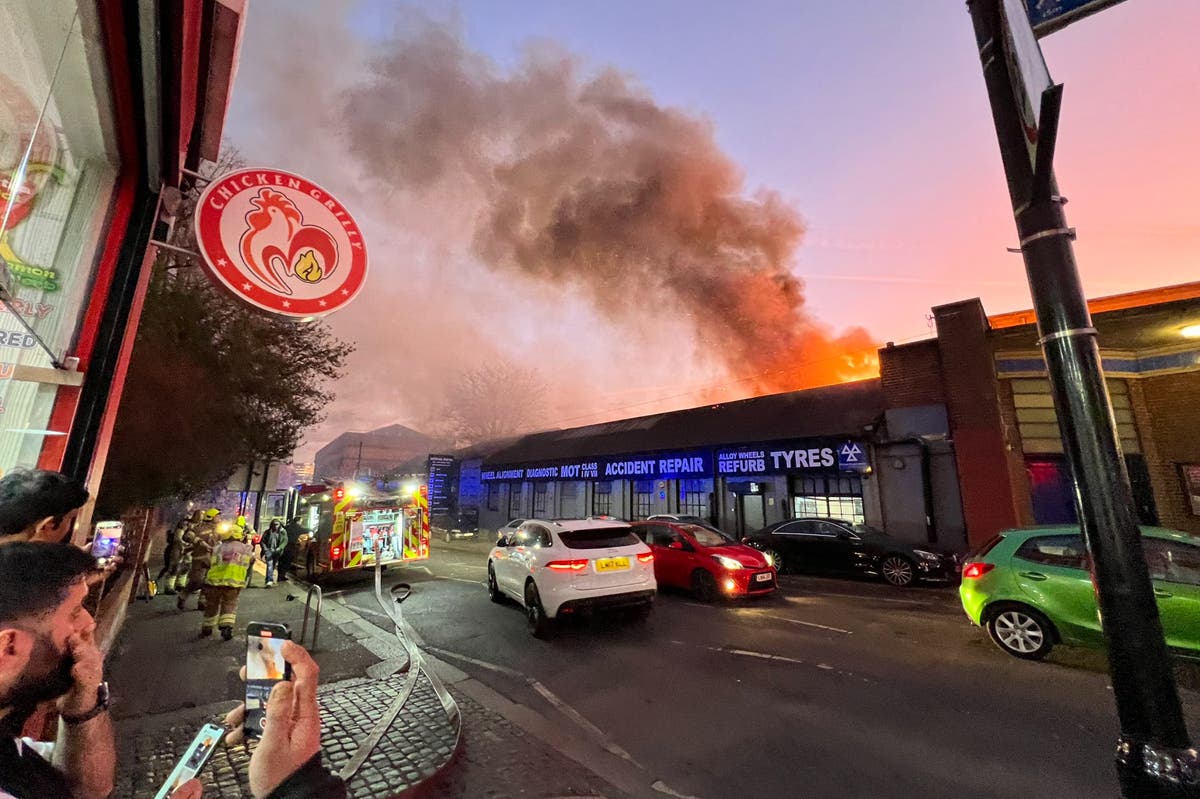 Pictures showed flames shooting into the sky and smoke billowing from the fire at a car garage.

At least 10 fire engines were at the scene next to Acton Town station.

Piccadilly and District line services running through the station were disrupted during the evening rush hour.

In a service update, TfL said there was at one stage no service between Turnham Green and Ealing Broadway due to the incident.

There was also no service between Hammersmith, Heathrow airport and Uxbridge, with severe delays affecting the rest of the line.

London Fire Brigade said there were a number of gas cylinders inside the garage which could explode when exposed to heat.

A spokesperson said in a statement: “Ten fire engines and around 70 firefighters have been called to a fire at a car garage on Bollo Lane in Acton.

“Firefighters are tackling a fire at a single-storey car garage.

“There are a number of gas cylinders inside the garage, which firefighters are cooling to an ambient temperature as some cylinders can explode when exposed to heat.”

The fire brigade was called at 5.10pm.

It added: “The cause of the fire is not known at this stage.”

Nearby residents were advised to stay indoors to avoid the thick smoke.

Crossrail: When is Bond Street station opening and why is it delayed?