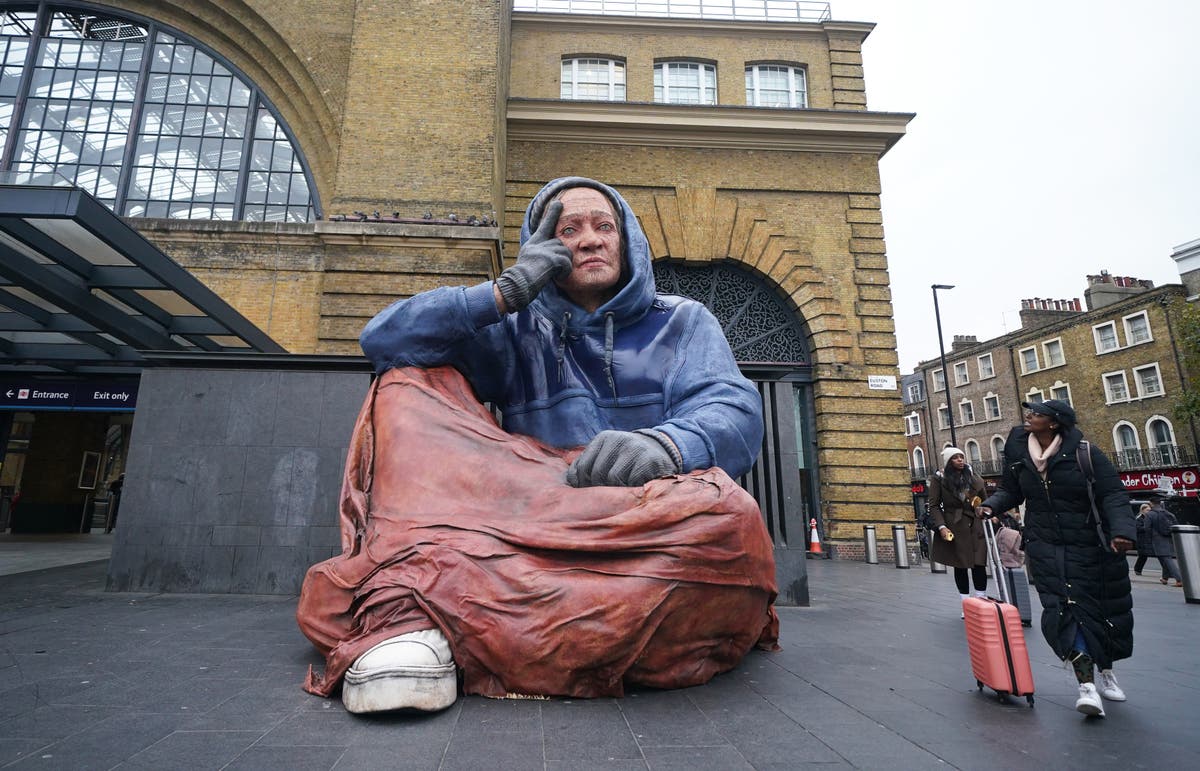 towering sculpture of a woman experiencing homelessness has been erected outside London King’s Cross station as an unmissable reminder of the plight of rough sleepers.

It was brought to life over the course of 10 weeks with computer technology, using the profiles of 17 rough sleepers who have been supported by Crisis.

The sculpture, named Alex, is surrounded by QR codes which lead visitors to the Crisis website and opportunities to donate.

The sculpture will be outside King’s Cross Station for two days before being transferred to the Birmingham Bullring where it will be on display from December 8 to 11.

“We need to remember homelessness is solvable and can be ended for good through sensible policy changes and a good-hearted political agenda.”

Imelda Staunton, Crisis ambassador and star of Netflix’s The Crown, said: “As a nation we need to do better and this Christmas we can all be part of that change. This installation stands as a testament and a rallying cry, we cannot sit idly by and watch the situation worsen.”

It comes as new research reveals 300,000 British households could be forced into homelessness next year, with thousands sleeping on the streets, sofa surfing and living in temporary accommodation, Crisis said.

The research, led by Heriot-Watt University, estimates that on any given night next year, 300,000 households could be experiencing the worst forms of homelessness, up from 227,000 in 2020, an increase of 32 per cent.

Soaring living costs and unaffordable housing are contributing factors to an increase in homelessness.

Recent figures from the Combined Homelessness and Information Network (Chain) show a sharp rise in rough sleeping across London, with 3,628 people sleeping rough between July and September this year.

This is an increase of 24 per cent compared to the same period last year.

The overall increase is being driven by people sleeping rough for the first time — with a total of 1,844 people new to the streets.