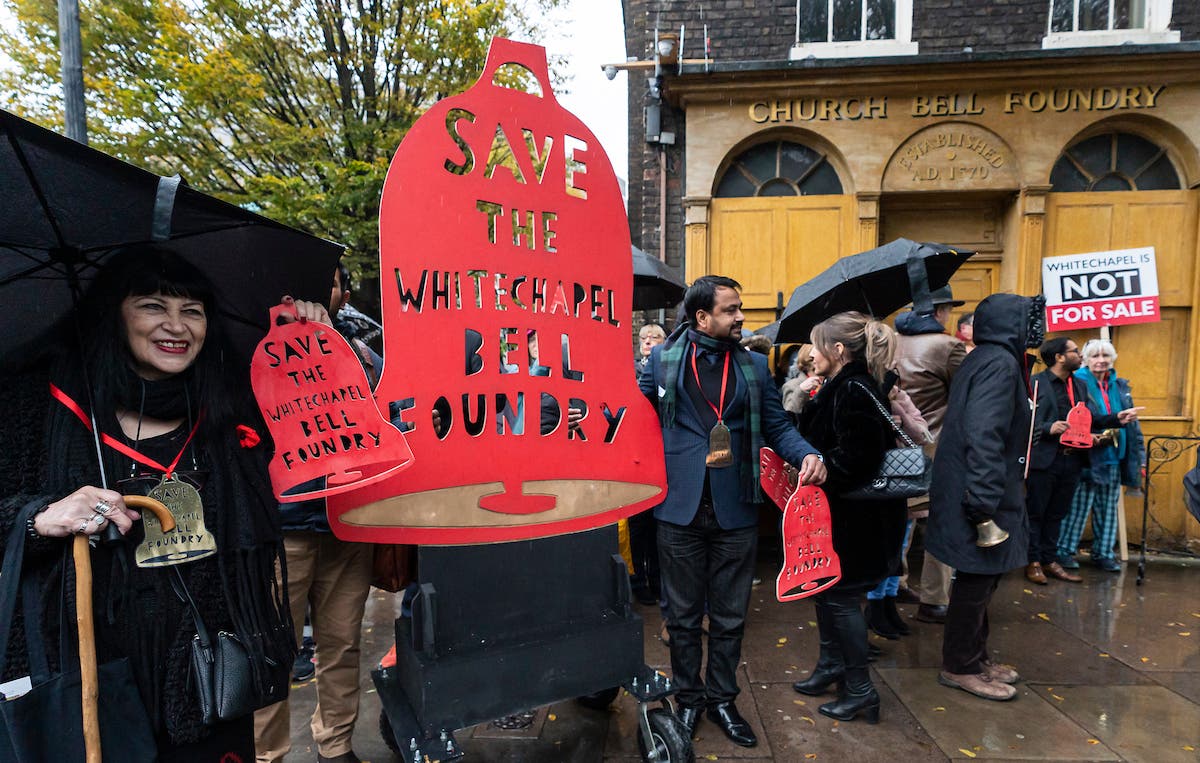 he government has approved plans to turn the 450-year-old foundry where Big Ben and the Liberty Bell were made into a boutique hotel.

Campaigners have been battling to stop US developer Raycliff converting the Grade II listed Whitechapel Bell Foundry into a 108-bedroom hotel with swimming pool, cafe and artist spaces.

The proposal was given the green light by Tower Hamlets council in 2019. But Secretary of State for Housing, Communities and Local Government Robert Jenrick “called in” the decision to be considered further.

It meant building could not start until the application had been scrutinised by the government department, which has now said work can go ahead.

“Having carried out an internal heritage balance, the Secretary of State has concluded that overall, the proposals cause no harm to the significance of the heritage asset,” states the letter announcing Mr Jenrick’s decision.

Tower Hamlets councillor Ehtasham Haquem, who has been campaigning against the development, said the decision marks the “end of 500 years of history to let a developer build another hotel”.

“We must find a way to stop gentrification in the name of development and save our heritage and the fabric of our communities”, he added.

Raycliff bought the foundry, which opened in 1570, five years ago and put plans in place for a hotel.

Former owners the Hughes family, who ran the business for four generations and still make bells on a site outside London, gave their blessing to the proposal. Historic England also expressed no opposition.

But protesters accused developers of “cultural vandalism”, with many backing a rival proposal by the United Kingdom Historic Building Preservation Trust (UKHBP) to maintain the building as a working foundry.

Architects 31/44 have vowed that hand bells bearing the legally protected Whitechapel Bell branding will still be made on the site in a mini foundry near the pit where the Liberty Bell was cast.

Will Burges, of 31/44, has said the developer is “totally focused on sustaining the heritage and legacy of this globally significant site”.