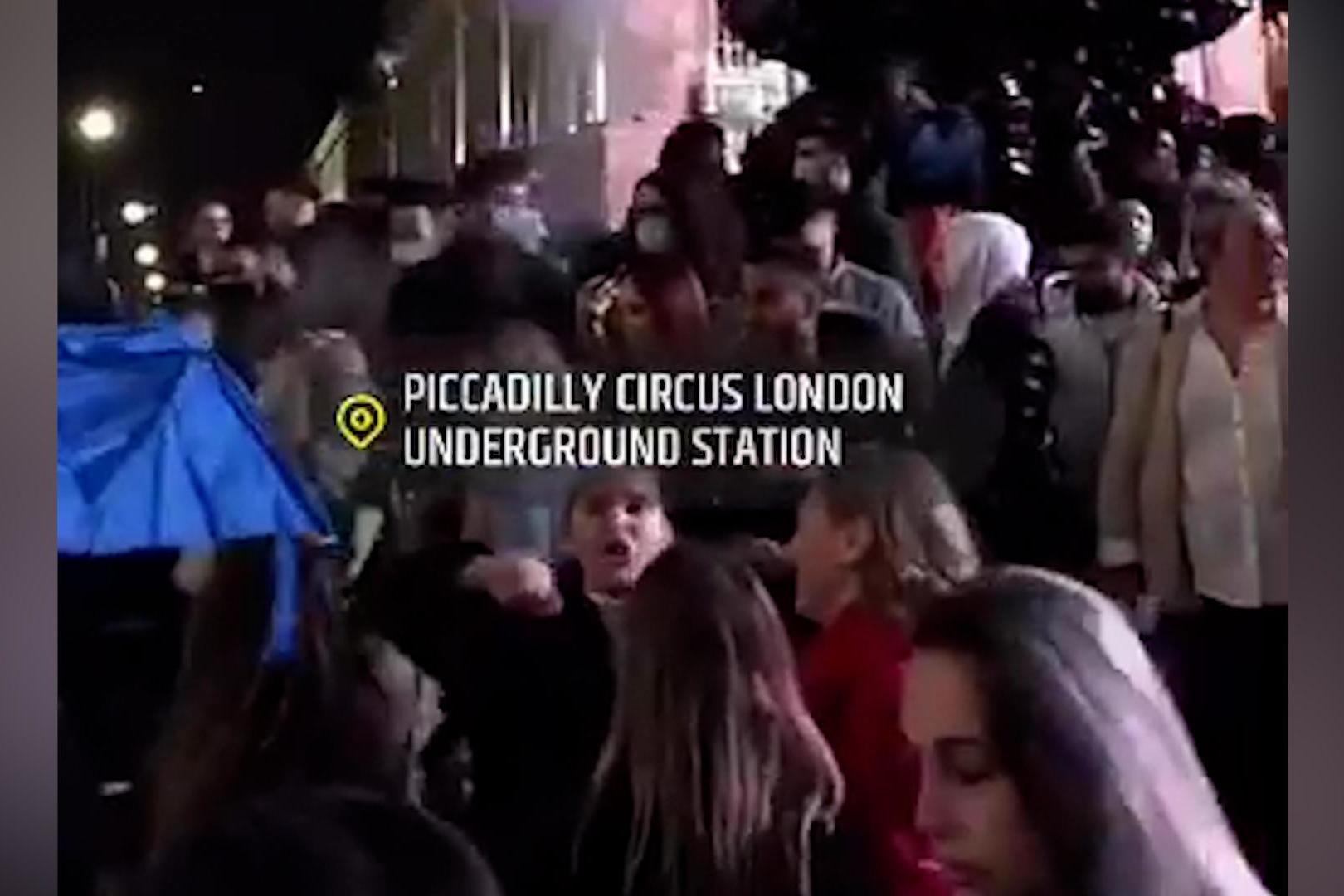 Huge crowds were filmed dancing as music blared out in Piccadilly Circus after 10pm curfew on Saturday night.

Footage shared on social media shows people partying in the street and ignoring social distancing after they were kicked out of pubs and bars due to coronavirus restrictions.

A game of cricket also broke out just after 10pm at Peckham Rye Station in south London.

Revellers were filmed with a bat and ball filmed surrounded by a large crowd.

“My guess was that it had recently started as everyone was kicked out of the local pubs and bars,” James Jones, a documentary maker who caught the game on video, said.

“I was there for about 10 minutes and it was still going strong.”

Mr Jones, himself from Peckham, said that the game felt like a “moment of joy”.

“Obviously on social media people are projecting all sorts of views onto it,” he said.

“Being there, it felt like a very sweet and exuberant moment of joy. And we could all do with some more joy at the moment!”


It comes after police shut down an impromptu singalong as a busker performed in Leicester Square on Friday night.

London Mayor Sadiq Khan has urged Londoners to wear a mask, as the number of people in hospital with coronavirus increased across every part of England on Saturday.

A further 15,166 lab-confirmed cases of coronavirus in the UK were reported on Saturday, and 81 more deaths were confirmed of people who died within 28 days of testing positive for Covid-19.

Mr Khan posted on Twitter on Sunday: “We live in a time when the simple act of wearing a mask could save countless lives.”