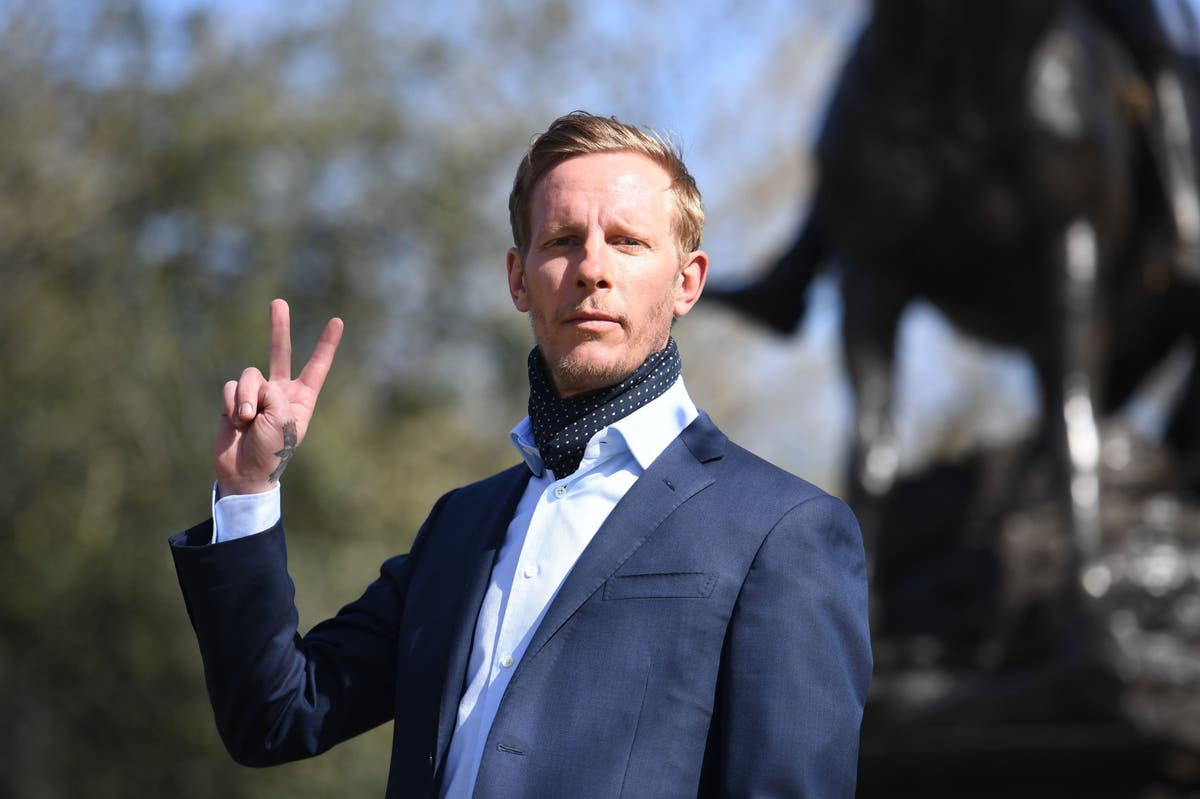 aurence Fox is explaining his problem with the current government. “What do the Tories represent except from protecting dolphins?” he says passionately. “And it’s like, you’ve just thrown 30 million masks into the sea. Is that good for the dolphins? I mean, get your f**ing story straight.”

I glance at his campaign manager, a former Brexit MEP with white hair and a cheerful red face. He is beaming at Fox adoringly – his expression does not change even when Fox starts explaining his plan to reduce pollution in London, which does not involve incentives: “You just say to people, don’t drive your kids to school, and it’s a cultural thing and they get it.” We are sitting in Fox’s rather bare campaign offices in Victoria – Fox is in a beautiful black suit, wrestling slightly with the table, which gets in the way of his emphatic arm movements.  “When was the last time you had an interview with a mayoral candidate that was like this?” the campaign manager asks me, wide eyed.

If the past few years have taught us anything, it’s that we like giving TV celebrities large platforms on which to air their political views. But just how much do we like it? Well, one minute Fox was peacefully starring in Lewis and getting on things like Gogglebox, and the next – apparently via a single much slated appearance on Question Time – he was running for London mayor with a reported £5 million in funds behind his new party.

His campaign manager is right: Fox is not like other mayoral candidates. This is not helping him though – the blunt fact is he is polling at 1%, which makes him level with the joke candidate Count BinFace. Fox – who turns out to be self-deprecating and funny in person – is the best possible advocate for the mad things that come out of his mouth. But he is also spreading dangerous misinformation about Coronavirus online. “There’s no need to “vaccinate” the healthy” he wrote above a screenshot of his NHS vaccine invitation. Twitter put a warning on it.  This sort of thing, along with the Question Time appearance in which he accused an audience member of racism for calling him a “white, privileged male”, has made him something of a hate figure.

And why run in London, of all places? The decision was made jointly with his sole funder Jeremy Hosking, a Vote Leave donor and steam train enthusiast. (Hosking submitted the paperwork to found a party called “Brexit Express” before he was gazumped by Farage’s Brexit Party). Hosking has written that Fox’s party stands for “the vital agenda of arresting the subversion of Britain’s history, traditions and culture by our universities, woke activists and privileged media outlets such as the BBC”. Fox has described London as a “cathedral of wokery”, and repeats the phrase to me. How’s that going to work then? “It doesn’t matter if London gets it.” Fox says impatiently. “I’m not speaking to London, I’m speaking to the problem”.

Wrong place, wrong guy? Most of the time Fox treads Hosking’s balls-out culture war line, but he often seems to stray off message, suddenly speaking up the rights of immigrants. “As an immigrant you cannot get your sense of national identity, your sense of belonging, if you can’t afford to buy a house”, he says at one point. “That’s what we once did so beautifully in this country, we gave people hope and optimism”. At another he launches a fierce defense of  Sadiq Khan, who he feels has been treated badly by central government.  He voted for Jeremy Corbyn in 2017.

If Fox has a positive role to play in the race it is in drawing attention to it and thereby to the merits and weaknesses of the main candidates. Like Count Binface, Fox has even come up with one or two policies that are genuinely sensible. He would build a healthy number of new houses in London, and convert empty offices into housing too “we’ve chucked people in horribly expensive rental accommodation run by an oligopoly”. He has a three-stage plan for Hammersmith Bridge – including a temporary road crossing during the repairs – see, even Fox thinks there’s a problem.

On crime he is much further to the right than any other candidate, but his views are at least coherent: the police need to be much tougher on violent crime, ramping up stop and search (“I want the police to be searching every child, including mine, little entitled middle class children” – he has two with the actress Billie Piper), and handing out harsher punishments on anyone found with a knife.

The rest, though, is just hopeless. Fox wants to “fully and permanently” open London on May the 6th, ahead of the Government’s scheduled reopening on June 21st. How would he do that given that the London Mayor doesn’t have those powers? “You’ve got a democratic mandate, haven’t you? So if people vote for you you’ve got the largest democratic mandate in England”.

Right, but it’s not a mandate to defy the laws of the land. Is he saying he’d lobby the Government to lift restrictions in London? “I’d say to the Metropolitan police, please don’t enforce any of it while you’re in London. There’s no enforcement of mask mandates, and I’d say to all London schools, please do not enforce mask mandates in schools.”

It gets madder from there. He does not believe in variants (it’s all scaremongering) insists that there’s no evidence the Kent variant spreads faster than any others. “Ok, let’s look it up, let’s do it!” He scrolls through Google. “OK so very recently they’ve said… oh it is more transmissible…but it does not increase disease severity!”

That’s a different thing, I say. “Yes, but we’re talking about a disease that is eminently unlethal! So who cares if it is more transmissible or not”. Well it is lethal, I say. “Well every disease is lethal to a degree, isn’t it. Life is lethal.” It’s as good a place to stop as any.

London Tube Strike 2022: How to get around the capital during disruptions on the Underground