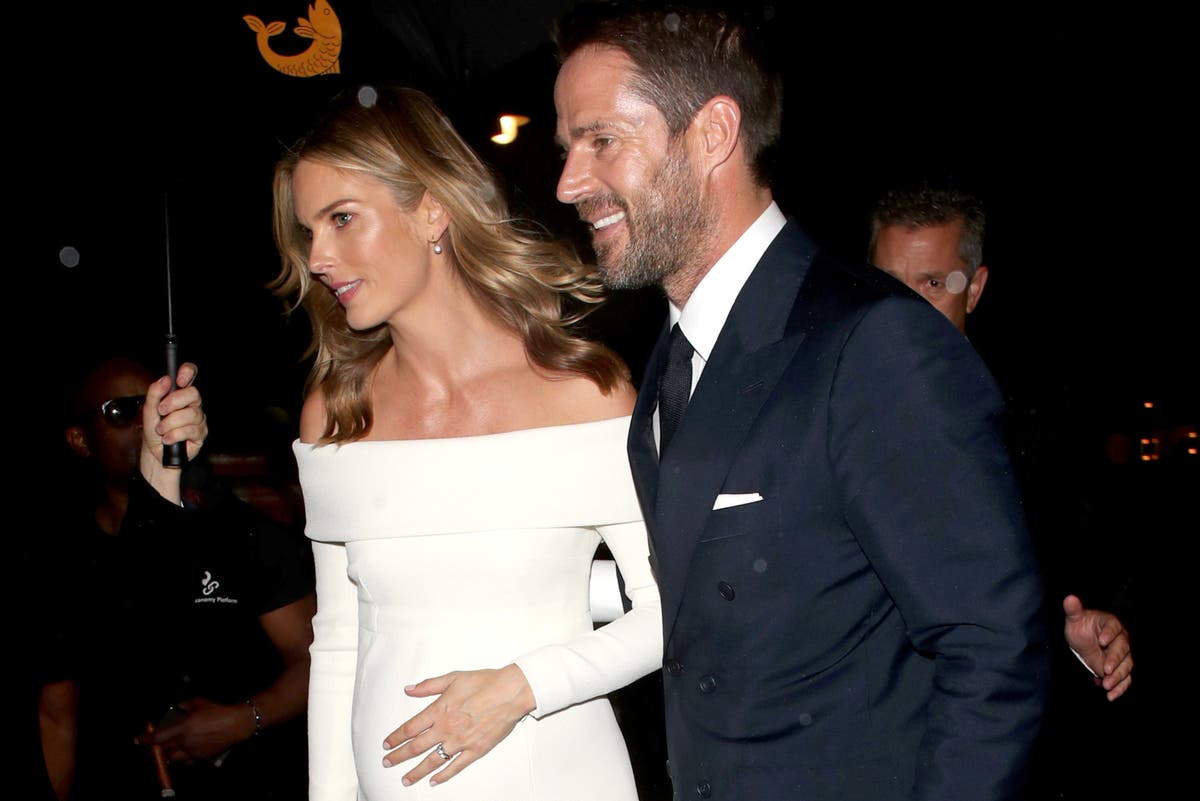 ewlyweds Jamie Redknapp and Frida were joined by their family and friends for an intimate reception hours after their surprise wedding.

It comes as the new Mrs Redknapp updated her Instagram name to “Frida Redknapp” after the lovebirds walked down the aisle.

The couple headed to Mayfair institution Scott’s – an upmarket seafood restaurant – to mark the special occasion. More expensive items on the menu include caviar fetching up to £1,000 a serving and champagne which costs £6,000 a bottle.

His sons Charles, 16 and Beau, 12, from his previously marriage to singer Louise Redknapp were also there.

Footballer Frank Lampard and his wife Christine Bleakley, who are long-standing friends of the Redknapps, also attended the bash.

It is both the bride and groom’s second marriage.

The football star-turned-pundit was married to singer Louise between 1998 and 2018.

After the newlyweds announced they were expecting, a source told The Mirror: “Jamie and Frida are absolutely delighted.

“They’ve been virtually inseparable in lockdown, and their relationship has gone from strength to strength.

“The couple started telling their nearest and dearest last week. Jamie’s been telling pals he’s really excited to be a dad again — less excited about the sleepless nights, and ­nappy-changing.”

Earlier this year, Harry Redknapp said he was “excited” about his son’s new baby.

Speaking about becoming a grandfather for the sixth time, the 74-year-old told broadcaster Julia Hartley-Brewer on talkRADIO: “I’m really pleased. It’s good news, so looking forward to that and it’s exciting times.”

He had previously said Louise will always be part of the family.

When asked about his son’s new relationship two years ago, Redknapp replied: “We did meet Frida and she is lovely, very nice, but I don’t want to talk about Jamie’s new relationship. The last thing I want to do is upset Lou.”

He added: “It’s upsetting that Jamie and Lou aren’t together. It was a complete shock. She is the mother of our grandkids and she’s still part of the family.”