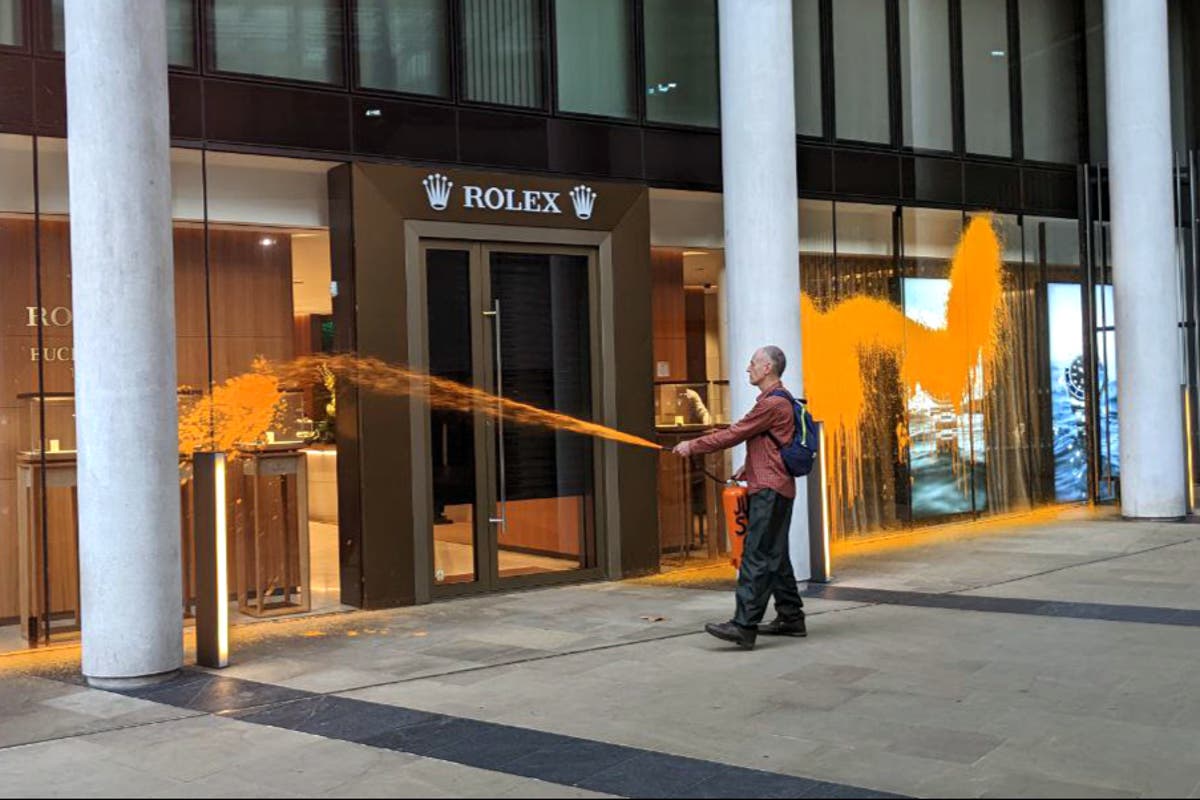 The group has been carrying out a month-long campaign of civil disobedience in its demand that the Government halts new oil and gas licences.

At 8.30am on Friday, two members of the environmental protest group sprayed orange paint from a fire extinguisher on the luxury watch shop in west London.

Both were arrested on suspicion of criminal damage and have been taken into custody at a central London police station.

Among those at the scene was Jennifer Kowalski, 26, an environmental scientist from Glasgow.

She said: “There’s no point in having million dollar cars when they’re destined to be washed away in floods.

“People around the world are starving, suffering and dying so an elite can spend vast fortunes on vanity items.

“When are we going to stop allowing ourselves to be made poorer and our futures cut shorter?”

On Thursday, around 30 activists blockaded roads near to Mansion House Tube station, disrupting traffic in central London during rush hour.

The group estimates that during three weeks of continuous civil resistance, police have made over 600 arrests.

Boy, 15, stabbed to death in Croydon named by police