When you look up restaurant reviews, you’ll often see praise for the impeccable service and criticism for the lacklustre approach. We’ve all come across a waiter on a bad day, and, equally, we’ve probably all witnessed other customers giving staff a hard time for no real reason (if you haven’t, well, maybe that certain customer is you).

Sometimes, however, rules and norms are thrown out of the window. If you hadn’t guessed from the name, Karen’s Diner actively encourages customers and staff to be rude to one another, so whet your complaints as much as your appetite before stomping over to one of their seats. 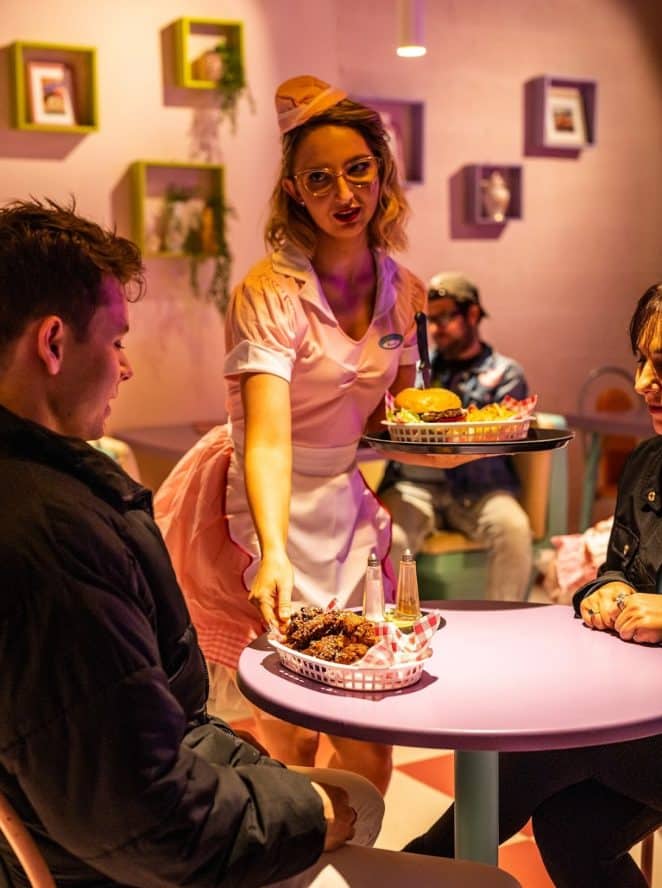 Karen’s Diner actually began life in Australia last year, but it’s safe to say the concept has caught on, with the setup enjoying success in Manchester, Birmingham and Sheffield. Now, it looks like it’s finally time for KD to take on the big smoke.

The rude bunch have plans to open in London by the end of the year, so you could be sending your food back and tutting faster than you can say bah humbug! 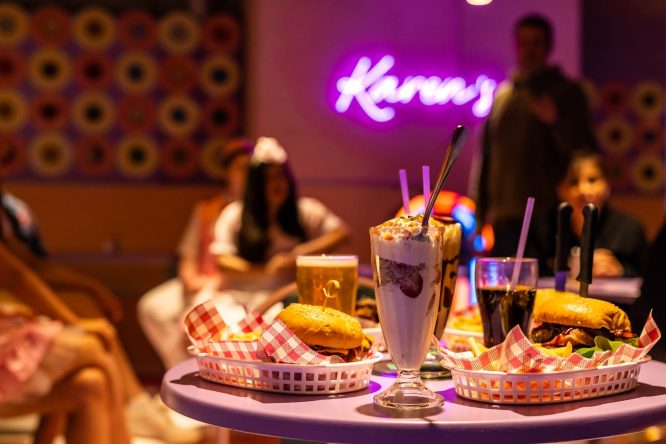 Though you might be thirsty for a (verbal) scrap, there’s some pretty good drink options at Karen’s Diner. Expect cocktails with some eye-rolling names including ‘Karen After Dark’ (dark rum edition), the ‘Sour Karen’ and the ‘Cancun Karen’ (with tequila and a tropical punch).

Along with the beef that kicks off as soon as you walk through their doors, Karen’s food options also hit the spot — though if you’ve got the hang of the experience, you’d probably want to keep that information to yourself, at least when the staff ask how your meal is. Look out for the playfully titled burgers ‘I Want To See The Manager’ , the ‘Karen’s Got Real Beef’ and the ‘Basic Karen’. There’s also ‘Karen’s Chicken Bingo Wings’ if you as well as thick shakes

On their website, the experience is described as follows: “You can expect good food, good fun and a dining experience like you’ve never had before. Let us know if it’s your birthday, if your name is Karen and for the love of Karen don’t ask to speak to the manager….”

Plus, if you’re name is Karen, you can nab yourself a free drink, though I’m sure a complaint may still be warranted…

There is no set date for any Karen’s Diner locations in London just yet, but the plans are in the works, and we’ll let you know when their awfully serviced restaurant opens up in the capital.