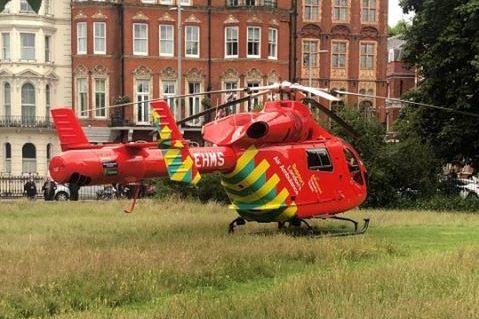 A woman was rushed to hospital in a helicopter after a fire broke out in an exclusive west London street.

Three fire engines and ambulance crews, including an air ambulance, were called around 3.30pm on Friday afternoon to a flat in Gordon Place in Kensington.

One woman, whose age was not immediately known, was taken to hospital, a London Fire Brigade spokesman said. Two others were treated at the scene for shock.

The fire was out by 4.30pm, the fire brigade said.

A London Air Ambulance helicopter was seen landing in Kensington Gardens near Gordon Place, a quiet street of Victorian terraces where the average house price is £4.5 million.

A spokeswoman for the London Fire Brigade told the Standard: “We were called to a small fire in Gordon Place. One woman was taken to hospital, and two others received treatment for shock. The incident over at 16.28.”

A spokesperson for the The London Ambulance Service said: “We were called at 3.28pm today to reports of a person injured in a fire at a residential property near Kensington Church Street, Kensington.

“We dispatched a number of resources including an advanced paramedic, an incident response officer, ambulance crews and our hazardous area response teams (HART.) We also dispatched London’s Air Ambulance.

“We treated one person at the scene and they were taken to hospital by air.” 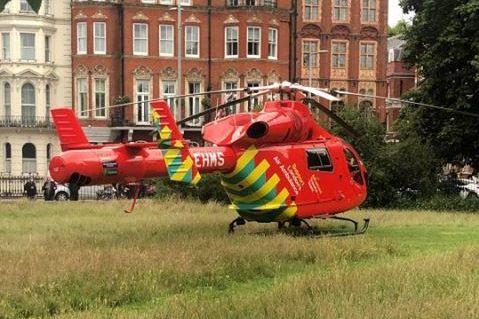