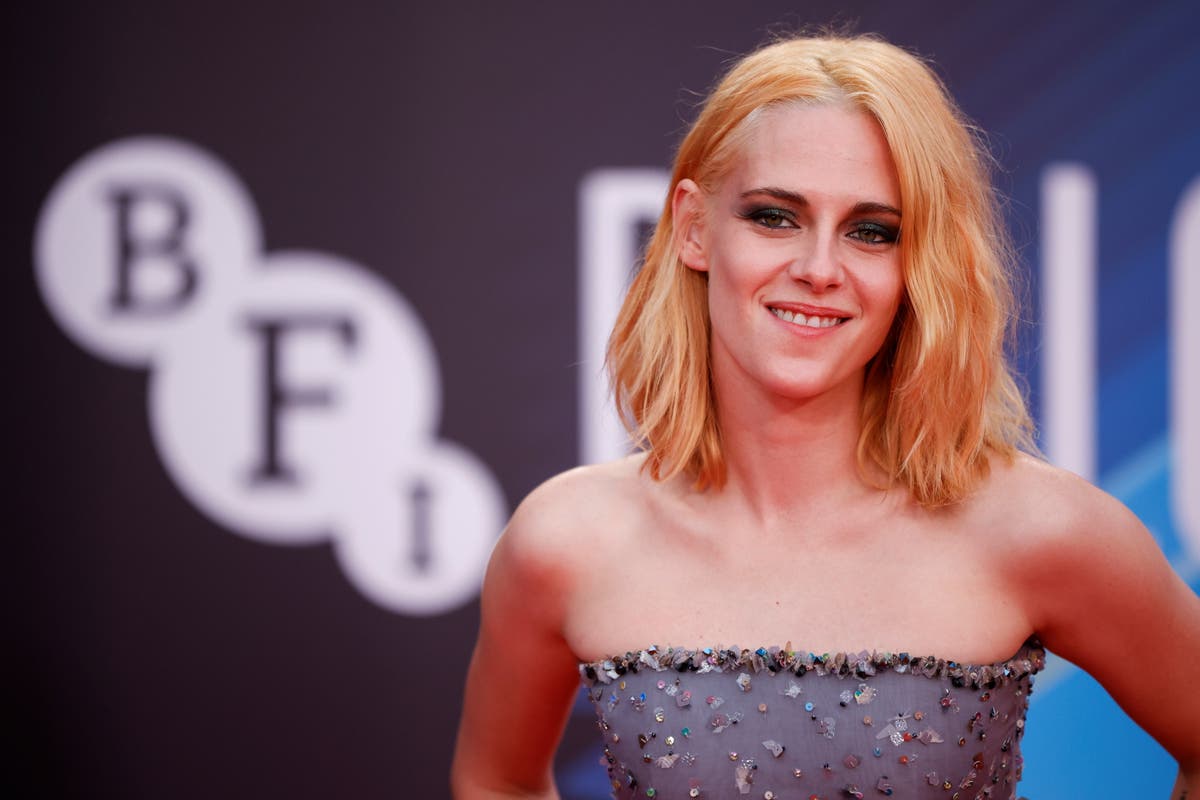 risten Stewart has said she was conscious that her new film about Diana, Princess of Wales not be exploitative and that the project comes from “a genuinely careful and considerate place”.

The eagerly anticipated movie Spencer was unveiled in the UK with a premiere at the BFI London Film Festival and the Twilight actress, 31, said: “I hope she’s watching.”

She plays the princess in the film, which is set over three days at Christmas at Sandringham, after the royal marriage has collapsed.

Directed by the Chilean filmmaker Pablo Larrain, the film shows Diana bracing herself to face the royal family over the festive period.

Arriving at the film’s premiere at the BFI London Film Festival, Stewart said she was mindful that it not exploit the legacy of the late princess.

She told the PA news agency: “People have taken from her for a long time. I think she was a generous person, that’s what I feel from her.

“Our first step into this always was with love and admiration, and if we didn’t love her we wouldn’t have made the movie.

“So, it comes from a genuinely careful and considerate place, and we’re lucky to have had the opportunity.”

Stewart said she also wanted to inject moments of joy into her portrayal of Diana, adding: “The only way to do this correctly, which wasn’t actually ultimately the goal, would be to feel her light.

“I think my biggest takeaway was even when she feels at her lowest moments, and she feels sort of at odds with the world that she’s interacting with, there still is something kind of exploding out the centre of it.

“And without that, you wouldn’t have been true to her.”

The star admitted it was “a little nerve racking” to unveil the film in Diana’s native London but added: “I hope everyone’s happy with it.

“Sometimes you kind of have to cancel out the noise and just have your own fantasy. I hope she’s watching.”

The film has already generated significant awards buzz for Stewart, who is now thought to be a likely contender for an Oscar.

Reflecting on how that feels, the actress said: “I’ve never had that before, it’s awesome.

“I love that it’s in relation to something I feel so good about.”

Spencer will be released in UK cinemas on November 5.

A ‘Harry Potter’ Reunion Is Finally Happening, With Daniel Radcliffe, Emma Watson & Rupert Grint All In

There are many times in one’s life – like this very Friday, for example – that only a will do. So, it’s a good thing that, here in London, we happen to have the third best offering in the whole of Europe. Well, outside of Italy, that is. Yes, , and it’s pretty good reading […]
The post This London Pizzeria Has Been Named The Third Best In Europe* appeared first on Secret London. Secret London …

Six people have been admitted to hospital after a bus crashed into a wall in east London on Wednesday afternoon. Evening Standard …