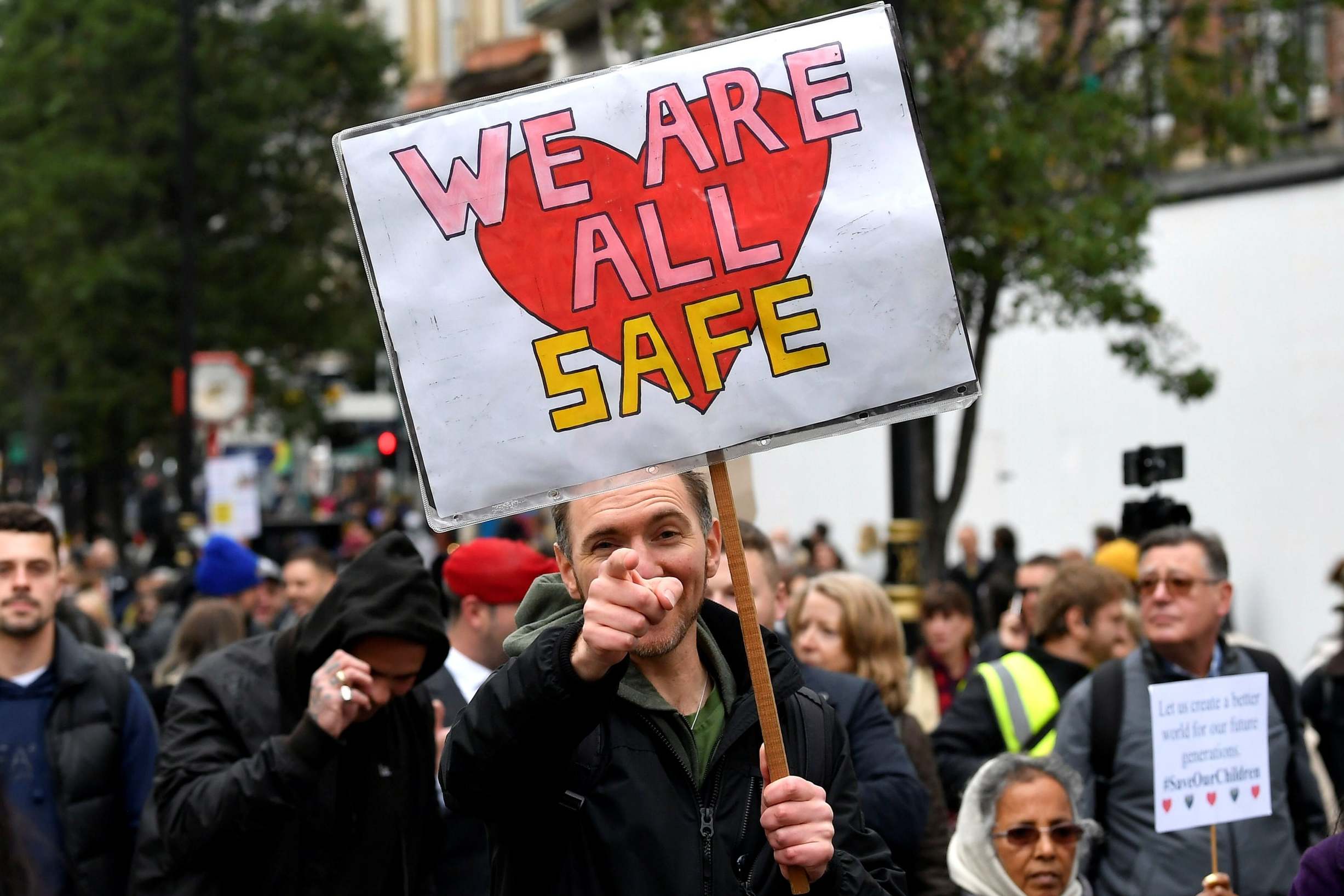 Thousands of anti-lockdown protesters descended on central London today as the latest round of coronavirus restrictions came into force.

Campaigners marched down Hyde Park and Oxford Street calling for an end to strict new curbs as the capital entered Tier 2 of the Government’s Covid alert system.

Led by Piers Corbyn, brother of the former Labour leader, demonstrators chanted “stick your poison vaccine up your a***”, “take off your masks” and “we are the 99 per cent”.

Some carried placards blaming the Covid-19 pandemic on the new 5G network, while others claimed the virus itself was a hoax.

The city’s move into the “high risk” category means Londoners are now banned from household mixing indoors, while the rule of six remains in effect outdoors.

A number of demonstrators carried signs reading “my body, my choice” – a slogan borrowed from the pro-choice movement.

One of the organisers told a breakaway group outside Downing Street: “Man flu has closed our country and crushed our economy.”

Mr Corbyn, who has previously been fined the maximum £10,000 for his anti-lockdown rallies, also took part in a demonstration in Soho on Friday night.

“We’re here to drink against the curfew,” he said.

“The whole lot should be lifted now.”

Scotland Yard reported only one arrest during Saturday’s action.

Metropolitan police said the demonstrators had complied with legal requirements allowing them to gather in a group larger than six people by completing and complying with a risk assessment.

“Enforcement remains a last resort and, as of 4.45pm there has been one man arrested on suspicion of assault. He has been taken in to custody.”

The man was arrested in Trafalgar Square.