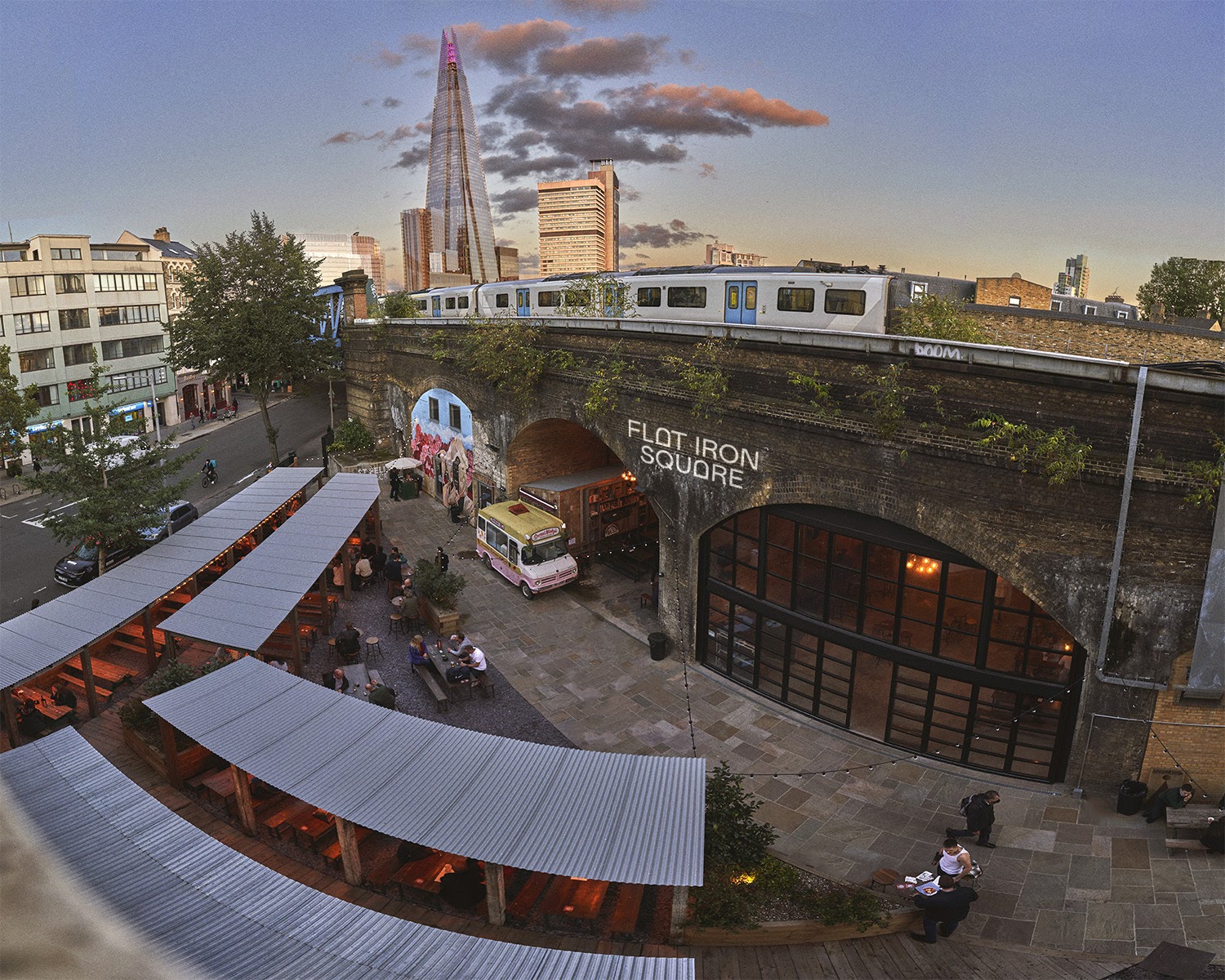 A fixture in London since 2016, Flat Iron Square completes the holy triumvirate of London Bridge food destinations that also includes Borough Market and Vinegar Yard. And though 2022 brings a slight relocation for the Square, it’s still home to some of the finest food outlets south of the river, and a full programme of events throughout the year. Here’s what you can expect when you pay a visit…

The turn of the year has brought a new home for Flat Iron Square, squeezing into the space bordered by Southwark Street, O’Meara Street, and the railway line to Waterloo. Keen-eyed observers will note that’s the erstwhile home of sister site St Felix Place, which has ceased operations to accommodate the new Flat Iron Square. They’ve had to vacate their previous space due to the regeneration of the Low Line (a project which preserves and heroes the area’s Victorian railway arches), but they aren’t going far, with the new site just 200 feet up the road.

Happily, there’s still a lot packed into this relatively cosy spot. Making their snug space work hard for them, the food garden packs in the likes of Good Slice’s foccacia-style pizzas, Lil’Watan’s authentic Lebanese cuisine, and new outfit Po’ Bros, who’ll serve up New Orleans-inspired sandwiches. The Square’s bosses are promising a constant rotation of food trucks, meaning you’ll be able to scoff your way through London’s street food scene in one spot.

Best of all, the top-notch taproom and bar from St Felix Place isn’t going anywhere, so the venue will have a range of craft brews and lager on tap under the railway arches, along with wines and cocktails. That’ll come in handy when they launch their much-loved Six Nations screenings, with coverage of the Rugby World Cup following later in the year. Oh, and for anyone who spent their Friday nights in Omeara, fret not – the live music venue and club is staying put in its current home.

Beers, street food, live sport, and good company: the atmosphere at Flat Iron Square is anything but flat!

These Are All The Michelin Star Restaurants In London For 2022

London’s Cosy Riverside Igloos Are Coming Back For 2021, And Here’s How To Get One