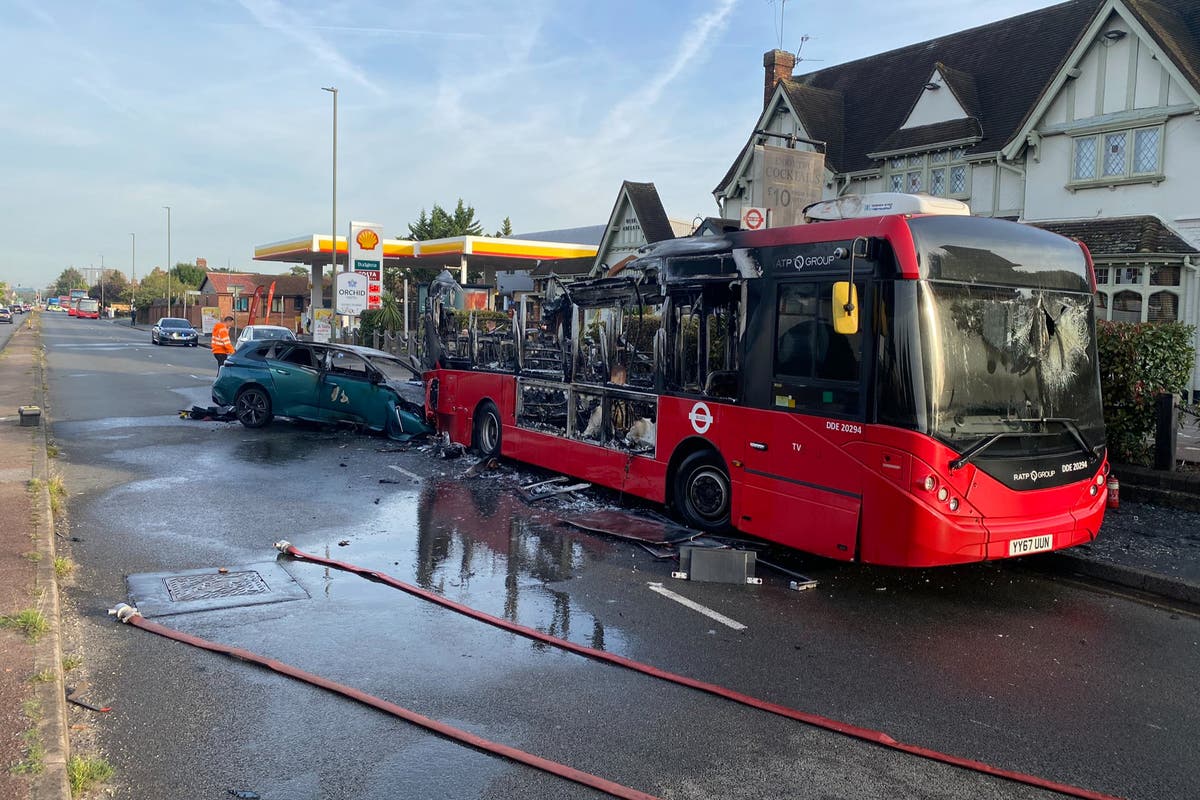 London bus has been filmed dramatically busting into flames after a rush hour collision in Surrey.

The bus was involved in a collision with two cars in Kingston Road, in Ewell, Surrey, just after 7am on Thursday .

Footage posted on social media showed large flames shooting out from the bus and one of the cars which it had crashed into.

A Surrey Police spokesperson said: “We received calls at around 7.08am this morning regarding a collision between a bus and two cars on the Kingston Road, Ewell.

“The bus and one of the vehicles caught fire. Fortunately there were no injuries. Highways are dealing with road closures.”

A Fire Brigade spokesperson said: “Firefighters were called to a car and a bus fire on Ewell by-pass in Ewell. No one was trapped.

The borough council has advised residents to avoid the area due to a buildup of traffic.

In an update, Surrey officers said that “due to the damage to the road” the road would be closed from Ruxley Lane to Mavis Avenue “for a long period of time” and diversions will be put in place.