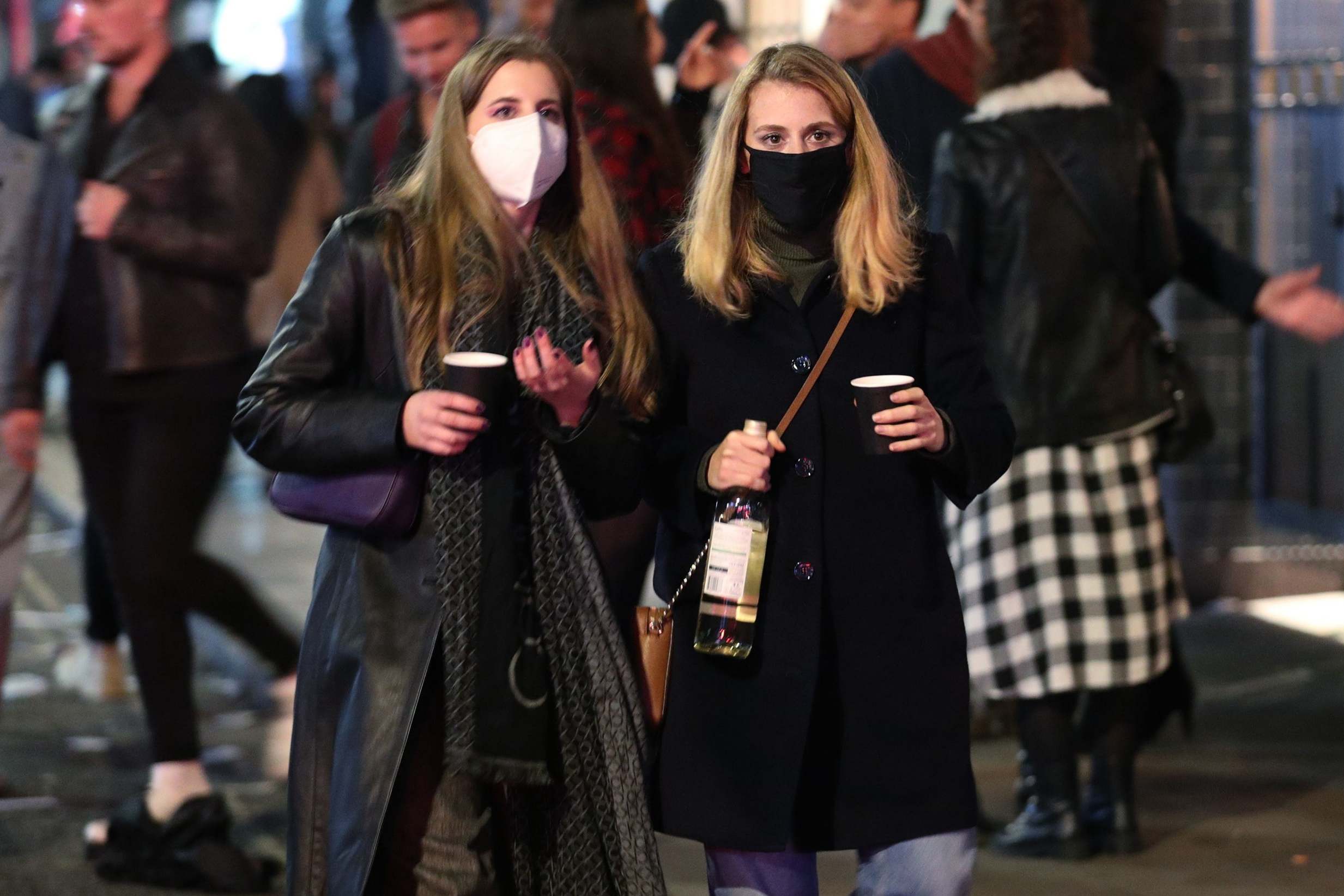 Further restrictions for London may be announced within days as the number of Covid-19 cases in the city hit more than 7,700 a week.

The capital is understood to be in a crucial week with the threat of another city-wide clampdown to stop the epidemic spreading looming.

It came after Londoners enjoyed what could be a last hurrah in the West End and elsewhere at the weekend.

Residents in the capital are being urged to prepare for new restrictions being imposed under the Government’s new three-tier system for the varying Covid-19 threats facing different parts of the country.

London is expected to be put into Tier 2 shortly if the virus continues to spread and this could happen early next week, or possibly even at the end of this week.

The new restrictions could come in at the start of half term for schools, causing problems for parents.

The Tier 2 restrictions would mean:

Boris Johnson was chairing a meeting of Whitehall’s Cobra committee this morning before announcing in the Commons restrictions for other parts of the country, with the epidemic growing far quicker in the North and parts of the Midlands.

The focus of greatest concern within the Government is on these hotspots, which include Liverpool, and ministers will be reluctant to impose new restrictions on London given that it is Britain’s economic powerhouse.

However, the capital is also now understood to be at a “tipping point” in fighting the disease.

Mayor Sadiq Khan said: “It is highly likely that Londoners will also face more restrictions very soon because cases are rising so quickly across the city.”

Ministers, City Hall and health chiefs will this week scrutinise data streams for London to decide if action is needed.

Their task is made all the more difficult because the preferred option is for pan-London restrictions but infection levels vary hugely between boroughs.

They will have to make a judgment call on whether to order a clampdown, which is likely to be based in part on how many boroughs are registering about 100 new cases a week per 100,000 of the population.

Five boroughs had more than 100 new cases per 100,000 population in the week to October 8 — Richmond, Hackney, Ealing, Redbridge and Harrow —according to an analysis of official figures by the PA news agency.

Infection rates have risen in all boroughs but there are signs that the growth of the epidemic in the capital may be weakening, particularly in boroughs which have taken strong action to combat it, and that the rise in hospitalisations could be tailing off.

Barking and Dagenham was a hotspot area at the end of last month. But the latest figures showed its infection rate rising slowly to 67.2 new cases (143) in the week to October 8, from 62.9 (134). The borough has four vans touring to tannoy social-distancing messages and has closed down a string of premises for breaching the rules and told supermarkets to make customers wear face masks.

The overall number of new cases in London rose 56 per cent to 7,787 in the week to October 8, according to official figures, up from 4,996 in the previous seven days.