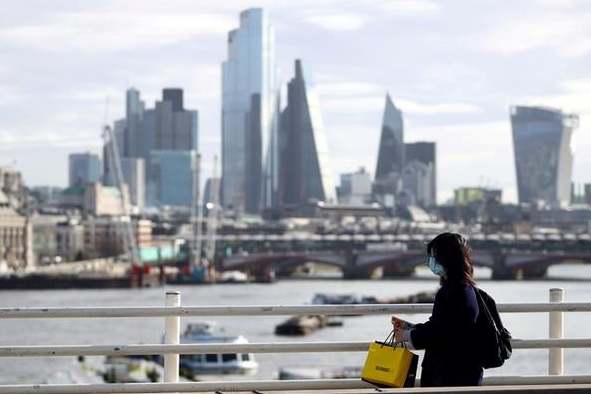 he number of Covid-19 cases diagnosed in London has reached record levels, according to latest figures.

A total of 3,929 cases were reported in the capital last night, and the average across the city hit a new peak of 158.5 cases per 100,000 population for the last seven days.

But there was further evidence of a divided city, with “more robust” weekly figures revealing hotspots in east London boroughs such as Havering, Redbridge and Newham but much lower rates in areas such as Kensington and Chelsea, Southwark and Lewisham.

One expert said the increase – which mirrors a nationwide peak in new cases – probably corresponded with rising infection rates at the start of the month and showed why the second national lockdown was required.

The rise is also likely to have been caused by an increase in the number of Londoners getting tested, after a fall in testing in the half-term holidays.

There was concern about an increased number of infections in people over 60 – in particular the number of Londoners over 80, who are most at risk, contracting the virus.

Public Health England said the seven-day rate of 158.5, reported last night on the Government covid “dashboard”, was the highest rate on record, surpassing the figure of 157.8 on October 26.

Professor Kevin Fenton, London regional director for Public Health England, said: “Rates of Covid-19 in London have shown a mixed picture recently with a slowing in some boroughs but increases in others. We were starting to see a promising levelling off but case numbers have jumped up again this week which means there is no room for complacency.

“Cases are still rising in the over 60s and we will continue to see more hospitalisations if the rates of coronavirus across the city do not start to come back down.

“For this reason, it’s vitally important that we maximise the impact of the national restrictions by sticking to the rules and continue following government advice on hand washing, face coverings and social distancing. The fewer people you see, the more you’ll help stop the spread of the virus and protect your loved ones.”

The majority of cases reported last night were from tests carried out on Monday and Tuesday – which will have resulted from infections acquired in the days leading up to the start of the second lockdown on November 5.

In the last seven days, case rates have increased in 20 boroughs and decreased in 12. The capital’s rate is well behind the England-wide rate of 252.5 per 100,000 people but has now surpassed the rate in Scotland.

Havering has the highest rate in the capital of 267.4. Mark Ansell, Havering’s director of public health, said: “This is of enormous concern, particularly as Havering has a relatively old population with a high proportion of residents aged 60 and above who are most at risk of severe disease and death.

“There’s still a small minority of people and businesses flouting the rules, so we’re strengthening our enforcement action against them. We’re also improving access to testing, contact tracing arrangements and providing financial support to eligible residents during isolation.

“We hope that lockdown will reduce the rate that the infection is spreading. But this isn’t a problem just for Havering. At different times other boroughs across London have been hardest hit. There is no guarantee that rates will not rise elsewhere in the future.”

Havering has appointed “covid marshals” to help enforce the lockdown rules, with eight marshals on patrol seven days a week. Though they have no formal enforcement powers, they can report breaches to the council’s public protection team or the police, who can impose penalties from £200 and £10,000.

Havering council leader Damian White said: “The number of cases is increasing for all age groups and in all areas of our borough.

“Most recently we have begun to see the number of older people testing positive for coronavirus in Havering rising sharply. As the borough with the eldest population in London – this is particularly concerning.”

Public Health England’s weekly flu and covid surveillance report, also published yesterday, showed the “positivity rate” – the percentage of tests coming back with a positive result – remained unchanged in the capital at 10.4 per cent.

This relates to “pillar 2” tests done in community walk-in and drive-through centres for the period November 2-8 and eliminates any increase in positive test results caused by an increase in testing.

The surveillance report, which included some data collected up to Tuesday, showed case rates were down in 17 boroughs and up in 15.

Newham mayor Rokhsana Fiaz said 715 residents had tested positive in the past week and more than 800 had been admitted to hospital, with four more deaths.

Professor Liam Smeeth, of the London School of Hygiene and Tropical Medicine, said he was “not surprised or too dismayed” by the national increase in cases – a record 33, 470 were reported last night – as it corresponded with increasing viral transmission that sparked the need for the second lockdown.

He said: “The next few days will be crucial, and my hope is we will start to see a reduction in the number of cases. The reduction may be quite gradual, and if the numbers tested continue to rise the observed reduction in cases may not be as dramatic as we might like to see.

“However, it is very likely the current stricter measures to reduce spread will begin to feed through into the number of cases we are seeing.”