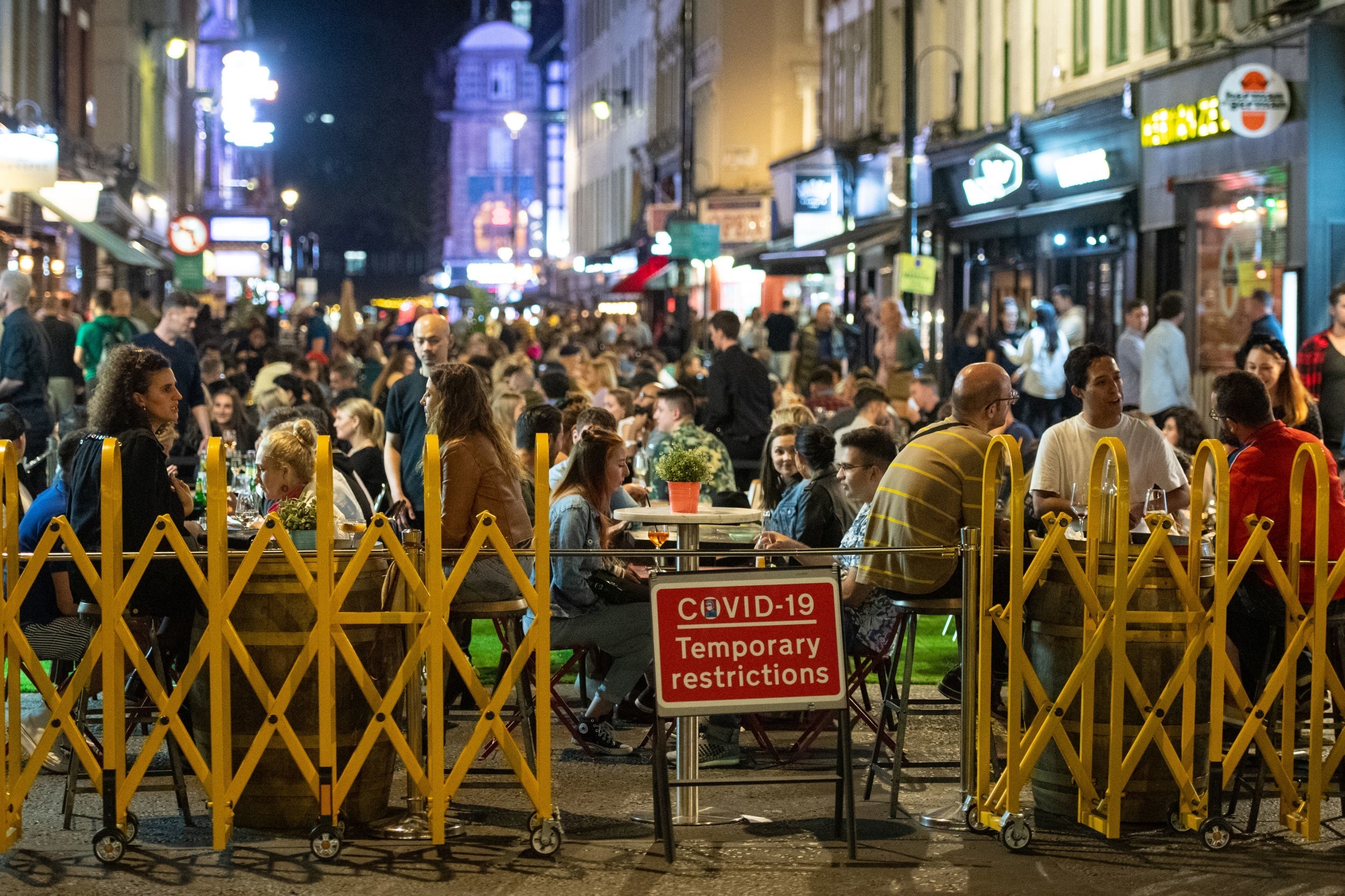 A surge of Covid-19 in London has been confirmed – putting the capital city on track for curbs on socialising and nights out in around a fortnight.

The Standard has also seen the official plan drawn up to co-ordinate London’s response to the increase in cases that health chiefs are now braced for. Called “London Epidemic Response Escalation Framework”, it sets out a programme of intensified measures each time a “trigger point” is crossed.

The first trigger points will be officially crossed when today’s data is published, and if the plan is followed exactly, health chiefs would be expected to hold a city-wide reassessment of how the disease is spreading and make preparation for extra testing and measures to slow transmission in the community.

In at least a dozen boroughs, the figure is around 30 or higher, according to analysis by the Standard.

East London is seeing the worst spike, with figures of between 35 and 40 in Redbridge and Newham, and around 30 in Barking, Havering, Hackney and Tower Hamlets. In West London, Hounslow has the highest figure, at around 35.

Official sources stressed that the framework was not an exact blueprint but a tool to ensure co-ordination between the Department for Health and Social Care, Public Health England, NHS Test & Trace, the Mayor of London and leaders of the 32 boroughs and the City of London.

However a row has broken out over a decision to remove around a fifth of the laboratory capacity previously allocated to London and give to hotspots in other regions, including the north west and the north east which introduced local curfews following spikes.

One testing centre that previously completed 250 tests a day is now down to just 50 because there is nowhere to process swabs despite a big rise in public demand for tests. Yesterday the Standard revealed the scale of the shortage when reporters attempted to obtain test appointments using residential postcodes in every borough – and were told each time that no slots were available.

Peter John, the chair of London Councils and leader of Southwark, said the lost capacity should be returned to London while there was still time to slow the surge.

“If we are going to keep people safe and get our economy going again, testing and tracing needs to be working,” he said. “We need that capacity back in London.”

Baroness Harding defended the decision to reallocate lab capacity when questioned by MPs at the Science select committee.

She said: “Yesterday, we tested just under 10,000 people in London, we’re averaging circa 10,000 a day, and London’s testing [is] slightly above the national average.

“As a result, over the last few weeks London has seen the absolute number of tests allocated come down, precisely because London has a lower prevalence than Bolton and other areas in the NW and NE.”

The trigger points in the framework are as follows:

It comes as Mr Hancock refused on Friday morning to rule out a second national lockdown. He said it would be the last line of defence but that the Government would do what was necessary to keep people safe. 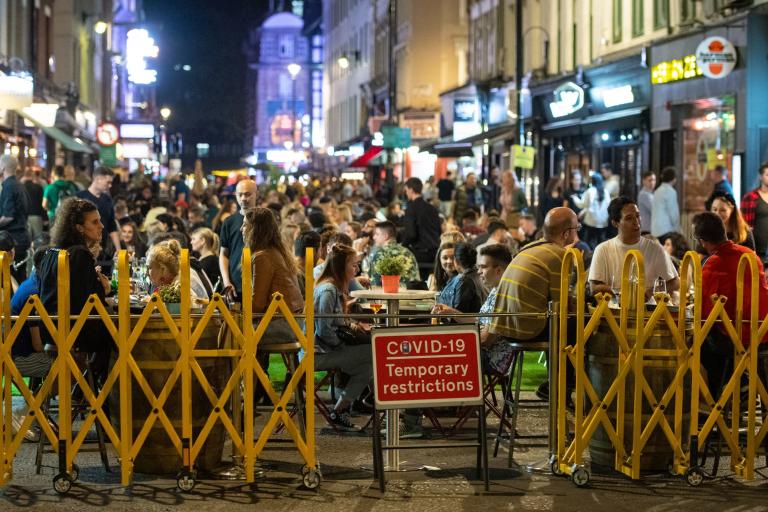 We’ve chosen our favourite wine bars in London, all perfect for a romantic evening or a good gossip with a pal. We’re so grapeful to have these wonderful, cosy wine bars in London, especially when winter rolls around. Whether you’re impressing on a date, or just relaxing with pals, wine bars are the ideal spot […]
The post 18 Cosy London Wine Bars That Are Perfect For Chilly Nights appeared first on Secret London. Secret London …

2020 just doesn’t fail to surprise us… Sacha Baron Cohen’s Borat sequel, which has been making headlines recently for catching former NYC mayor and Trump confidant Rudy Giuliani in a rather compromising position, arrives on Amazon Prime tomorrow (October 23). But because it wouldn’t be a Borat film without outrageous, can’t-look-away publicity stunts, Londoners will […]
The post A Giant Inflatable Borat Statue Will Sail Down The Thames This Afternoon appeared first on Secret London. Secret London …

The Labour mayor has repeatedly insisted that TfL’s finances were improving before start of the Covid-19 pandemic, which has decimated revenues from ticket sales and advertising Evening Standard – London…

The Strand will welcome an ultra-immersive Ryoji Ikeda exhibition next month. The innovative Japanese artist Ryoji Ikeda is bringing London a brand new installation, and it’s going to be just as immersive and thought-provoking as his former works. The self-titled exhibition will also be his largest in Europe to date, so there’ll be plenty to […]
The post A New Immersive, Multi-Sensory Exhibition Is Coming To The Strand This November appeared first on Secret London. Secret London …