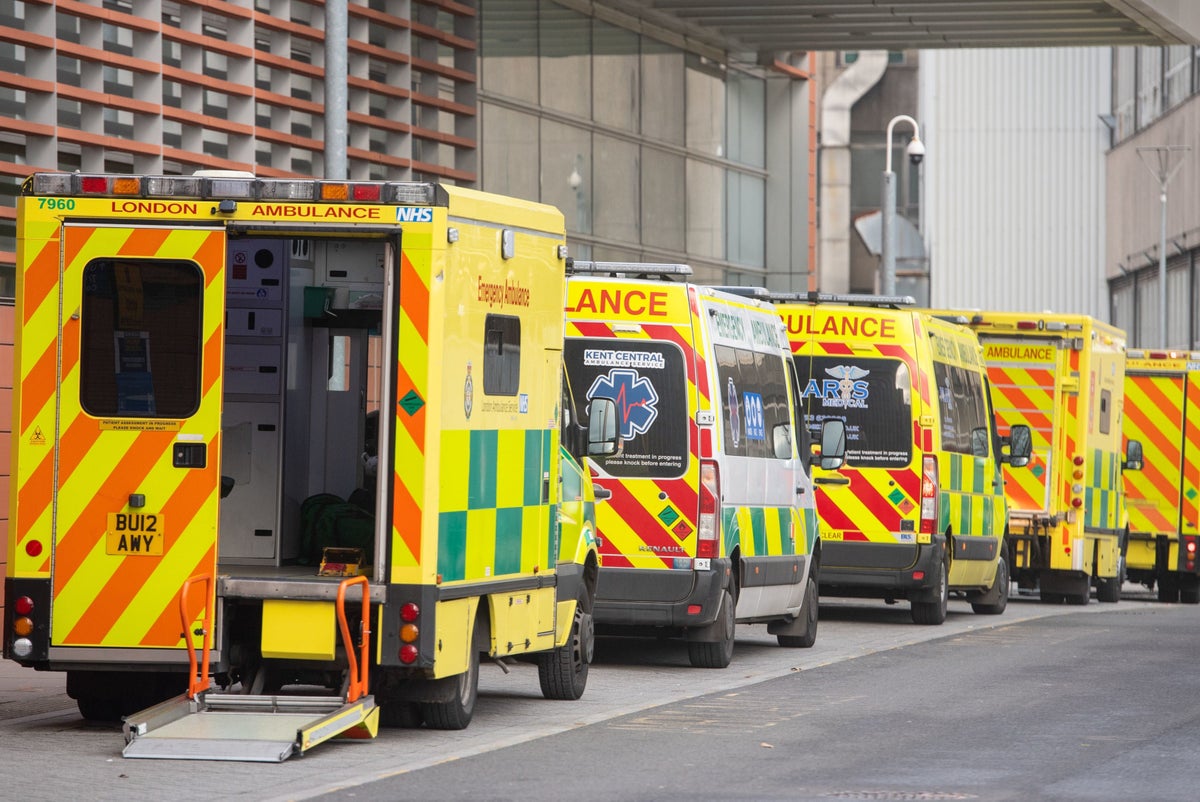 They show a surge in coronavirus admissions in recent days which is threatening to overwhelm some hospitals in the capital.

There were 6,733 Covid-19 patients in the city’s hospitals as of Monday, significantly higher than the first wave peak of 5,201 on April 9, with 814 so severely ill that they are on ventilators.

A further 82 deaths of individuals in London, within 28 days of testing positive for the virus, was announced, taking the total in the pandemic to 8,774.

The fatality rate has fallen significantly since the first wave as doctors have become more expert in treating the disease, including with specific medicines and using different techniques.

However, the number of Covid admissions is surging, with 5,667 in the eight days to January 2, including 828 on New Year’s Eve.

Some hospitals, including St George’s in Tooting, south west London, the Royal Free in Camden, Barts Health which runs several hospitals in east London, and Barking, Havering and Redbridge trust, have already been forced to postpone operations due to Covid pressures.

The seven-day rate for London reached a new second wave high of 950.7 in the week to December 30, with no comparative figures for the first wave.

The Prime Minister said that hospitals across the country are 40 per cent busier than the first peak of the virus in April.

In his address to the nation, Mr Johnson said: “Our hospitals are under more pressure from Covid than at any time since the start of the pandemic.

“In England alone, the number of Covid patients has increased by nearly a third in the last week to almost 27,000.

“That number is 40 per cent higher than the first peak in April.”

He said that across the UK, a record number of people tested positive for coronavirus on December 29,  more than 80,000, though on previous days figures were lower than may have been expected given the Christmas break which could have delayed some individuals seeking a test.

It comes after the UK’s chief medical officers raised the Covid-19 alert level to five – its highest – meaning “transmission is high or rising exponentially” and “there is a material risk of healthcare services being overwhelmed”.

It indicates a risk of healthcare services being overwhelmed within 21 days without urgent action.

“The vaccination of healthcare workers needs to be significantly sped up so that health and care staff across the country are prioritised to receive both the first and second doses of the Covid-19 vaccine to help keep them free of the virus, so they can continue to provide the care so vitally needed by so many.”

He added: “The lockdown announcement will help, but only if everyone follows the rules.

“As the prime minister indicated, the roll out of the Oxford/AstraZeneca vaccine does mean there is an end in sight and the NHS is working tirelessly to deliver the largest ever vaccination programme in history.

“But, for now, the NHS needs the public to play its part and stay at home.”

Health and disease experts said a new national lockdown was inevitable and necessary given the rapid spread of the coronavirus variant across the country.

Dr Jeremy Farrar, director of the Wellcome Trust, said the point had been reached where national lockdown restrictions were needed “immediately” and called on people to respect the measures as health staff battle the virus on the front lines.

He said: “Healthcare workers are working with unselfish and inspiring dedication, but the demand is overwhelming the capacity of what can be delivered by these amazing professionals.

“They must have all our support, meaning we all respect the restrictions, helping to reduce transmission of this awful virus, ultimately reducing hospitalisations and preventable deaths.”

Professor Sir Gordon Duff of the University of Oxford, former co-chairman of the Government’s Scientific Advisory Group for Emergencies (Sage), added: “There is no doubt that we face tough times, but vaccines will give us eventual victory.”

Sage member Professor Calum Semple said the easing of restrictions in some areas over the festive period, and the new more transmissible variant, made fresh national measures inevitable.

The University of Liverpool academic told Sky News: “We’re only now seeing the start of the price we have to pay for Christmas Eve and Christmas Day mixing.

“With that and the new variant it was inevitable we were going to have to hit a hard lockdown at this stage.”

His comments were echoed by Professor Neil Ferguson, a member of the Government’s New and Emerging Respiratory Virus Threats Advisory Group (Nervtag).

He said: “The new variant made these measures inevitable and necessary.

“The next few weeks will show whether they are enough to suppress the much more transmissible new variant which is now predominating in the country.”