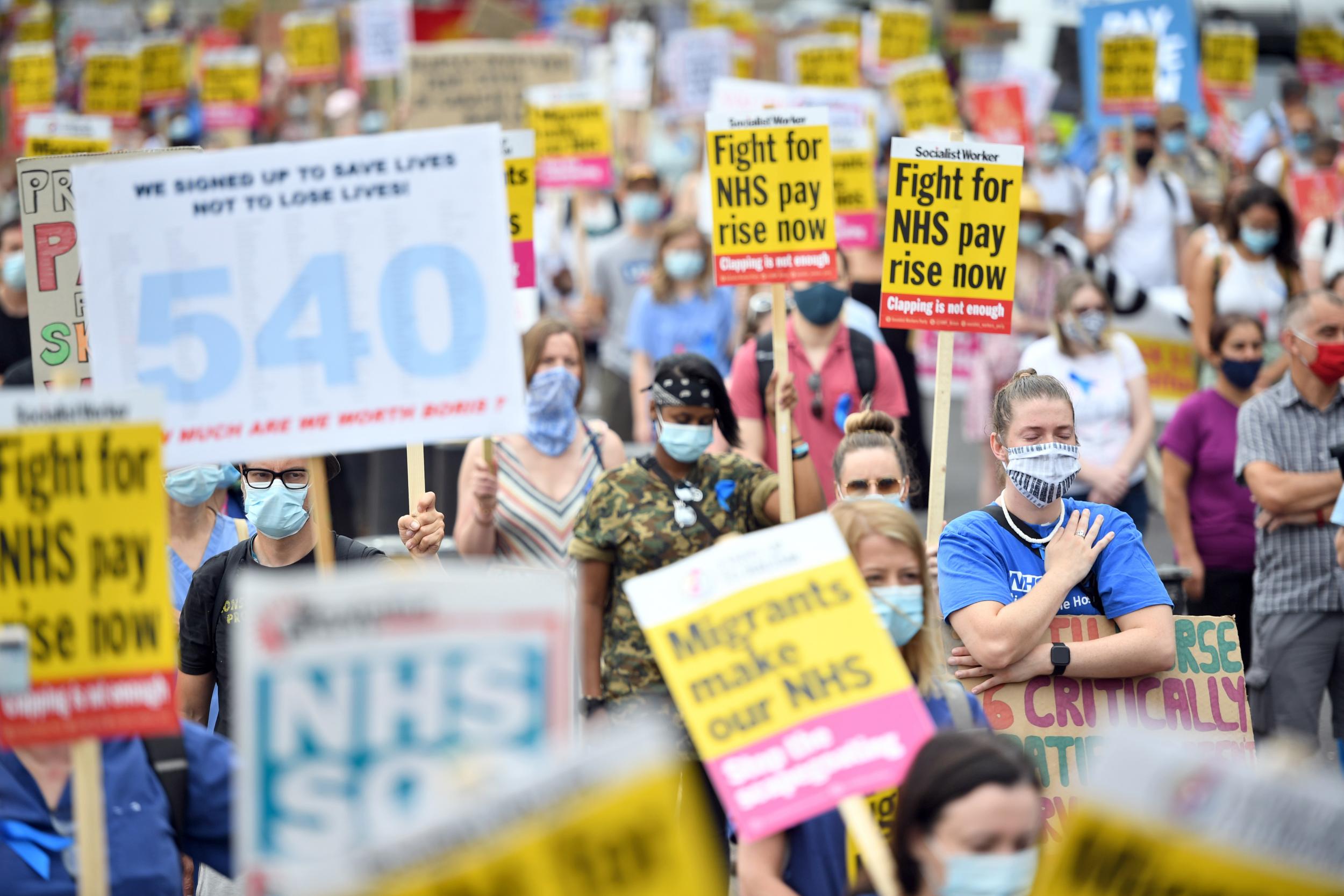 Hundreds of protesters have descended on central London to march for fair pay for NHS staff and recognition of their work during the coronavirus pandemic.

Crowds gathered on Horse Guards Parade at 11am ahead of the protest as a samba band led people in chants of “one two three four five, keep our NHS alive”.

Protesters then walked along Whitehall towards Downing Street. A blue banner reading ‘End NHS pay inequality, together we win’ led the march.

Many others were carrying placards, including one which said ‘Boris remember my neighbour Lewis, what about his payrise? He saved your life now reward us.’

The protest comes after health service staff were excluded from the wage increase for around 900,000 public sector workers announced a couple of weeks ago because they are in the final year of a three-year pay deal.

Instead they are due a pay rise next April, but unions want the Government to show its appreciation for NHS staff by bringing it forward to this year.

More than 500 health workers have died so far following exposure to coronavirus.

Dave Carr is a critical care nurse at St Thomas’ Hospital in London, where Prime Minister Boris Johnson was treated in intensive care.

He attended Saturday’s protest and said of the pandemic: “I’ve got 21 years working in critical care and for me that experience was tough.

“I was drained, wearing all the PPE, incredibly long shifts.

“It was the hardest thing I’ve ever done in my life and we’re all exhausted.”

He said “there’s a lot of PTSD around” among colleagues and that many are worried about the possibility of a second wave.

Mr Carr added: “We can’t do the job any more, we had to shut down the NHS to fight Covid and now we’re expected to just turn it back on.

“We’re on our knees, absolutely on our knees. And on top of it they give 900,000 public sector workers a pay rise – and I haven’t got a problem with that – but they carve us out.

Another 30 demonstrations have been organised on Saturday in towns and cities across the country – including, Cardiff, Edinburgh, Liverpool, Newcastle and Sheffield.

A recent survey by Unison suggested more than two-thirds (69 per cent) of people think all NHS employees should be awarded a rise this year.

Claudia Webbe, Labour MP for Leicester East, said: “This crisis has shown that the people who really matter and keep our society ticking are not billionaires and the super-rich, but nurses, carers, cleaners, checkout attendants and many more essential frontline workers.”

The Met Police said it had a policing strategy in place to cover the protests, adding: “We are aware that a number of people may wish to demonstrate this weekend – we would always ask them to engage with us.”

It comes after hundreds of NHS workers marched on Downing Street last month, accusing Prime Minister Boris Johnson of being a “coward” 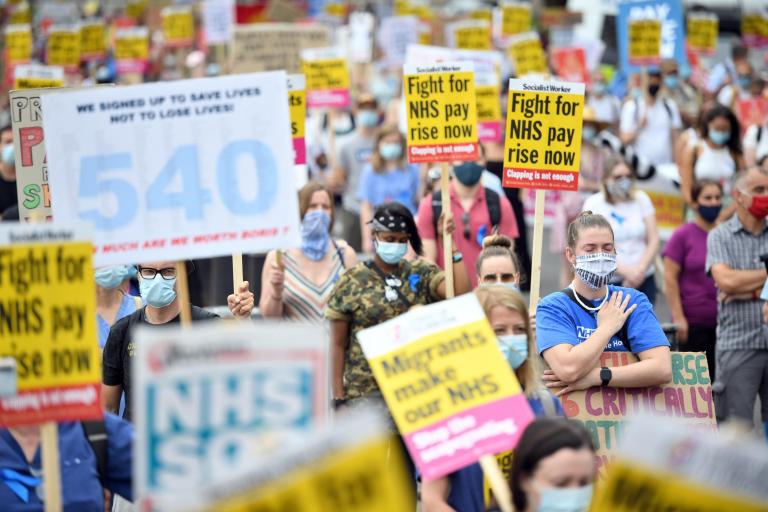