London is being placed on the national Covid “watch list” as an area of high concern, according to London Councils.

It comes after 620 new cases were confirmed in the capital in the last 24 hours – more than double the number at the start of the week.

Thirty-five more patients with Covid were admitted to the capital in the last 24-hour period, taking the total to 212, of which 40 are on ventilators.

A formal confirmation is due imminently from Public Health England but the announcement was made this morning by London Councils, which represents the 33 boroughs.

Council leaders said the decision to place the capital on the watch list – alongside places such as Bolton and Blackburn – was a “stark reminder” of the need for “all Londoners to pull together and take action to keep themselves, their families and their communities safe, and to ensure that London’s economy is protected”.

However the addition of the capital to the watch list was not being immediately followed with local lockdown restrictions seen elsewhere in high incidence areas.

“The near collapse of test and trace and the resurgence of the virus means new measures to slow its spread were absolutely necessary.“Testing capacity was diverted away from London in the last two weeks to other national hot spots and weekly testing numbers are now down 43 per cent in the capital since mid-August. The lack of testing capacity is totally unacceptable and it is why London has been added to the Government’s coronavirus watchlist as an area of concern.

“Ministers simply have to get a grip. It’s vital that testing capacity is increased immediately in London and focused in the areas it is needed most. Any delay will mean letting the city down and will cost lives.”

Sources said the decision to make London an area of concern would improve access to tests – effectively putting it higher up the queue. The number of extra cases and rising hospital admissions were both key factors in the decision to put the capital on the watchlist.

Liberal Democrat health spokesperson and London MP Munira Wilson said: “This news will worry people across London and more widely. Extra testing capacity is of course welcome, but London’s capacity should never have had to be diverted elsewhere. Most importantly we need to ensure the test and trace system in London and around the country is working properly.

“At the moment, it’s clear that our test and trace system still isn’t up to scratch. Ministers must put more energy and resource into getting this fixed. Their failure to get this sorted to date is putting public health at risk.”

It comes amid chaos in the testing system – with the Standard revealing this week that the capital was deprived of 25,000 tests in the last three weeks despite rising prevalence of the virus.

This saw the weekly covid infection rates last week indicate a fall in 27 boroughs – “rogue” figures that Public Health England had to dismiss.

The latest borough by borough rates and the national and regional R figures – including for London – are due to be published this afternoon.

London Councils said that the boroughs were working with their communities, business and the police to engage, educate, explain, and if necessary enforce the new restrictions and regulations.

It called on the Government to ensure that it funds the work so resources do not need to be drawn from other council services. London councils pleaded with Londoners to follow the national restrictions announced by Prime Minister Boris Johnson on Tuesday.

The watchlist is determined by Health Secretary Matt Hancock after studying epidemiological advice from the chief medical officer, NHS Test and Trace, the Joint Biosecurity Centre and Public Health England.

It indicates the local authorities with the highest weekly incidence rate and its trend, combined with a range of other indicators including the test positivity rate, an assessment of the local response and plans, and the trend of other metrics such as healthcare activity and mortality.

Sian Berry, Green Party co-leader and London Mayor candidate, said: “We have lacked test information in London for weeks, which has caused huge worry for all of us in local and regional government. The news today that Public Health England has added London to its list of areas of concern, using estimates from other data, shows what a crucial time this is, and how all our actions can make a difference.

“The 10pm closing time for bars and restaurants has already led to crowded scenes on public transport that worry me greatly. My strong advice to Londoners today is to avoid going out in the next few days unless you have to, and find other ways to see friends and family.

“Like you, I am sad, tired and weary after six months of a gruelling national crisis, but we’re in a dangerous moment, lacking data and tests, and we must work together as a city amid rising signs of infection.” 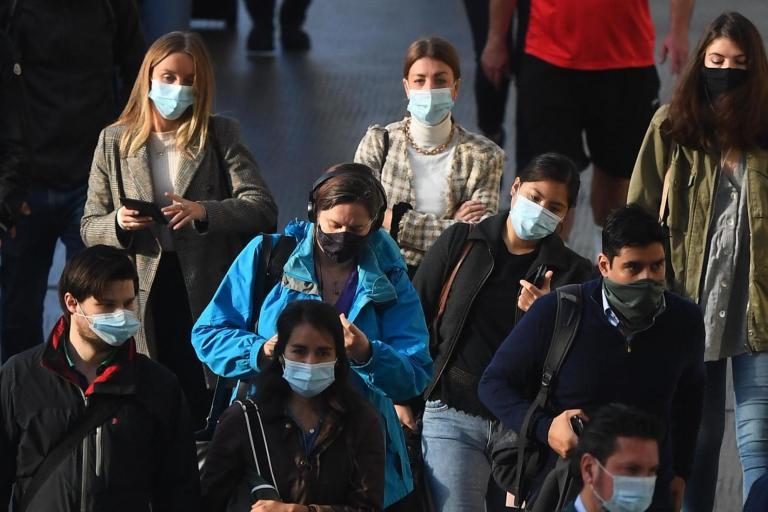