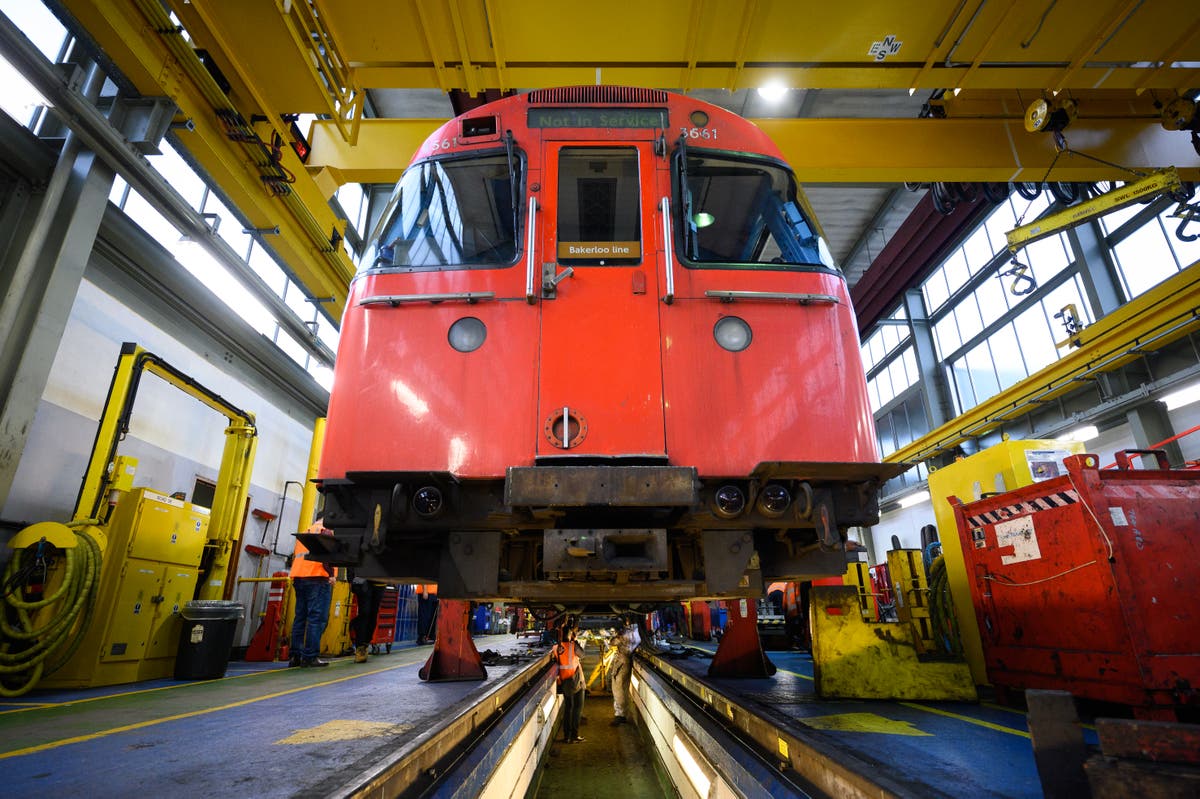 adiq Khan has warned that London’s transport network will “slowly start to crumble” without continued investment as he looks to secure a long-term deal from the Government.

With TfL set to enter a state of “managed decline” beyond 2023, several projects have been earmarked for cancellation or postponement, including the planned upgrade of Bakerloo Line trains.

Introduced in the 1970s, the trains used on the Bakerloo Line are some of the oldest in use in the country, but a lack of long-term funding will mean that they cannot be replaced until the 2040s when they will be pushing 70 years of service.

The Mayor of London has warned that Tube trains “risk falling into disrepair” without long-term investment, which will impact the reliability of TfL services.

Mr Khan said: “London’s public transport system is the backbone of the city’s economy – and without continued investment, it will slowly start to crumble. Aging Bakerloo line trains will need to wait decades longer to be replaced and risk falling into disrepair, causing service delays and reductions.

“Renewals of the Tube fleet would also need to be deferred, new green technologies would take a backseat and train maintenance would be delayed, causing huge disruption to passengers and taking the transport network back to the dark 1970s.”

The standard lifespan of railway vehicles is around 40 years, but trains on the Bakerloo Line are already almost 50 years old, while Jubilee Line trains are approaching the halfway point of their expected lifespan.

Paul Downham, fleet manager for London Underground, said that as trains continue to age, “we start to see age related defects creep in”.

Mr Downham said: “As the assets continue to age, we start to see age related defects creep in that require quite heavy interventions which mean taking the trains out of service for a significant period of time.

“With trains this old, we’ll typically see defects such as cracks and corrosion within the car body of the train itself. We’ve spent a lot of time previously undergoing weld repairs and as it continues to age, the risk of those defects reoccurring is still there for us.

“If we don’t have the funding we need to replace the assets in a timely fashion, that risk is going to grow and grow which ultimately means we’re going to have to take trains out of service for a lengthy period of time, which is going to affect the service for TfL customers.”

TfL commissioner Andy Byford has said that he knows “first-hand the damage that underinvestment can wreak on a city’s transport system” from his time as head of New York City’s public transport network.

Mr Byford said: “I had to wrestle with outdated signalling systems, worn out infrastructure and inadequate capacity while serving as President of New York City Transit.

“I have repeatedly warned that a similar situation could easily befall London if TfL is starved of funding. Without meaningful sustained investment we will see a damaging vicious circle of underinvestment and service cuts, dragging London back to the 1970s and 80s era of an ageing, infrequent and unreliable transport network.”

With just 18 days left until the current emergency funding deal for TfL expires, Sadiq Khan has stressed that London’s transport network needs around £500 million of support to keep it running through to March, and a further £1.2 billion for the following financial year.

The Department for Transport has said that they have “continued to support” TfL throughout the Covid-19 pandemic but that any future funding agreement “must be fair to taxpayers”.

A DfT spokesman said: “The Government has stood by Londoners and their transport network throughout the pandemic, providing an unprecedented £4 billion to protect frontline jobs and services.

“Those deals have been fair to taxpayers across the country, and have focused on ensuring TfL is placed on a more stable financial footing for the future.

“The empty threats of managed decline are needless sabre-rattling. We have repeatedly shown our commitment to positive discussions, and look forward to working closely with the mayor to secure a fair deal which balances the needs of London and the interests of UK taxpayers.

“We will not conduct these discussions through the media.”