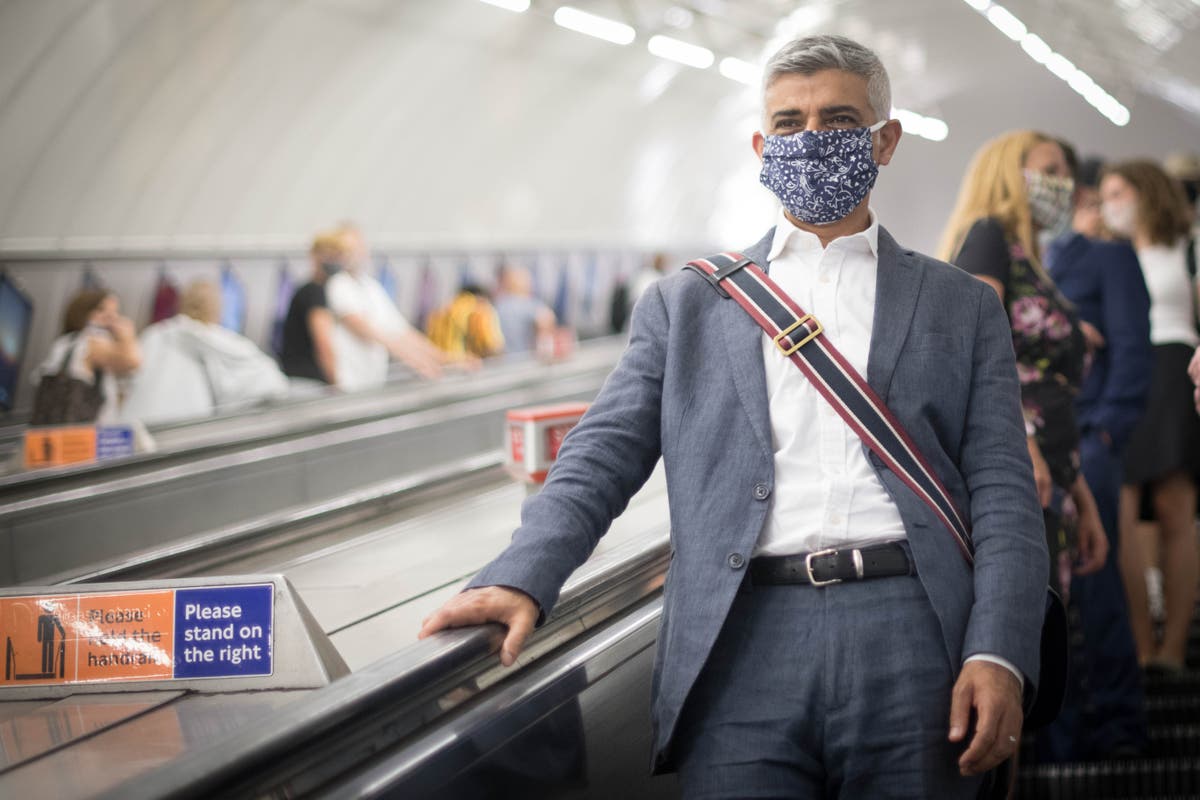 The GLA Conservatives said that the number of days of strikes since Mr Khan became mayor in May 2016 would this week surpass the joint total under the previous 16 years of Ken Livingstone’s and Boris Johnson’s mayoralties.

The London Underground is expected to be forced to close throughout Tuesday and Thursday due to the first network-wide action in more than five years.

Passengers have also been warned to expect that services on Wednesday and Friday morning will be “severely disrupted” due to the knock-on impact of the 24-hour walkouts by 10,000 RMT members, in a dispute over pensions and station staffing cuts.

On Monday, City Hall admitted disruption on the Tube was “inevitable” and said the Mayor was urging the RMT to return to the negotiating table. The strikes could lose Transport for London an estimated £20m in fares income.

Mr Khan’s strike record came under criticism from his Tory rivals at City Hall, who said he would reach 52 days of industrial action in less than six years as a result of the Tuesday and Thursday walk-outs – compared with 16 days of disruption in Mr Livingstone’s two terms and 35 when Mr Johnson was mayor between 2008 and 2016.

However, Mr Khan’s spokeswoman said there had been a “70.2 per cent reduction” in strike days compared with Mr Johnson, when the total number of staff shifts that were lost to strikes were counted rather than simply the days on which strikes took place.

The GLA Conservatives say that if all the proposed strikes go ahead, the number of days when there is some form of action on the Tube will reach 87 by the end of June.

Many strikes only affect one or two Tube lines or are localised disputes at only one or a handful of stations. Network-wide closures, including those involving more than one Tube union, have become rare.

Keith Prince, transport spokesman for the GLA Conservatives, told the Standard: “If the Mayor claims that he has a good strike record he’s delusional. He has the worst record of any London mayor and almost as many incidents of strike action than the two previous mayors combined. I think it’s time he admitted to himself that he’s failing London.

“This is a catastrophic week for London’s commuters, the network will take time to reset after each strike and will then have to reckon with further strikes on Friday and Saturday evening.”

The latest Government bailout secured by TfL London last Friday – a deal that is worth £200m – is likely to heighten union concerns about the threat to staff pensions.

The deal reaffirms the Government’s wish for TfL to begin making changes by the end of June to cut the £375m annual cost of its pension scheme.

The Government has made the review of the TfL pension scheme a condition of both last Friday’s bailout and the one received by TfL last June. It also insists on further cost-savings at TfL.

The Tube was hit by eight days of RMT strikes last November and December, including two daytime strikes on five lines, in protest at the rotas used to staff the partial reopening of the Night Tube.

The RMT resumed its action on the Night Tube on January 7 and says it will continue overnight every weekend until June – meaning a further 46 days when the Night Tube services on the Victoria and Central lines are disrupted.

City Hall said that 32,212 staff shifts were lost to strikes when Mr Johnson was mayor – an average of 335.6 a month.

A spokeswoman for Mr Khan said: “The upcoming strike action will cause disruption to Londoners and businesses that are trying to recover from two devastating years. It will also damage TfL’s revenues at a time when TfL is already under huge financial strain due to the pandemic.

“TfL are working to mitigate the impact of the strikes but disruption is inevitable. The mayor urges Londoners who need to travel on March 1 and 3 to check before they make their journey, consider whether they are able to work from home and use alternative modes of transport where possible.

“Sadiq doesn’t want to see strike action and is imploring the unions to come to the table and work with City Hall and TfL.”