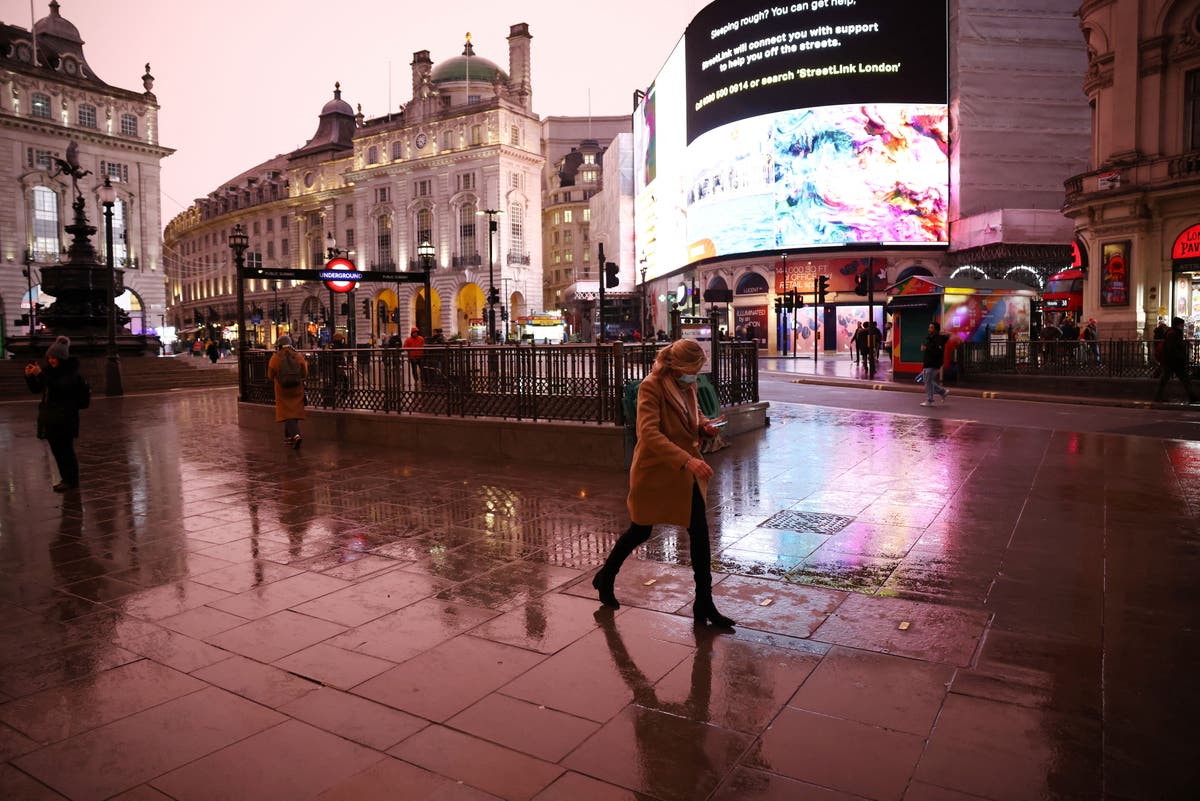 he spread of Omicron may have already peaked in London over the New Year, the capital’s director of public health said.

However, he warned that data suggests nearly one in 10 Londoners are infected with the virus and the “critical phase” of the pandemic is not over.

Speaking to Sky News’ Trevor Phillips on Sunday, Prof Fenton said: “We think we may have passed or are at the peak.

“Data from the ONS suggests that the peak may have occurred at or just about new year period and we’re seeing reductions in overall case rates across the city and the prevalence of infections within the community.”

Wandsworth saw the biggest weekly decline in percentage terms. Its seven-day total of 5,405 was 1,751 fewer than the previous week – a 24.5 per cent decline.

To boost vaccination rates, Professor Fenton said officials need to “engage” people in London communities who do not speak English as a first language.

He said: “Many Londoners do not have English as their first language, so we have to do the work of going into those communities, engaging with those individuals and ensuring they have good access to the vaccines.

“Another reason in London is that many, especially younger people, may have been infected with the virus during the course of the pandemic, so they may feel less inclined to take the vaccine because they believe they’re already protected.

“I think we need to focus on those and work with those individuals and communities rather than trying to convince people who are absolutely not willing to take the vaccine.”