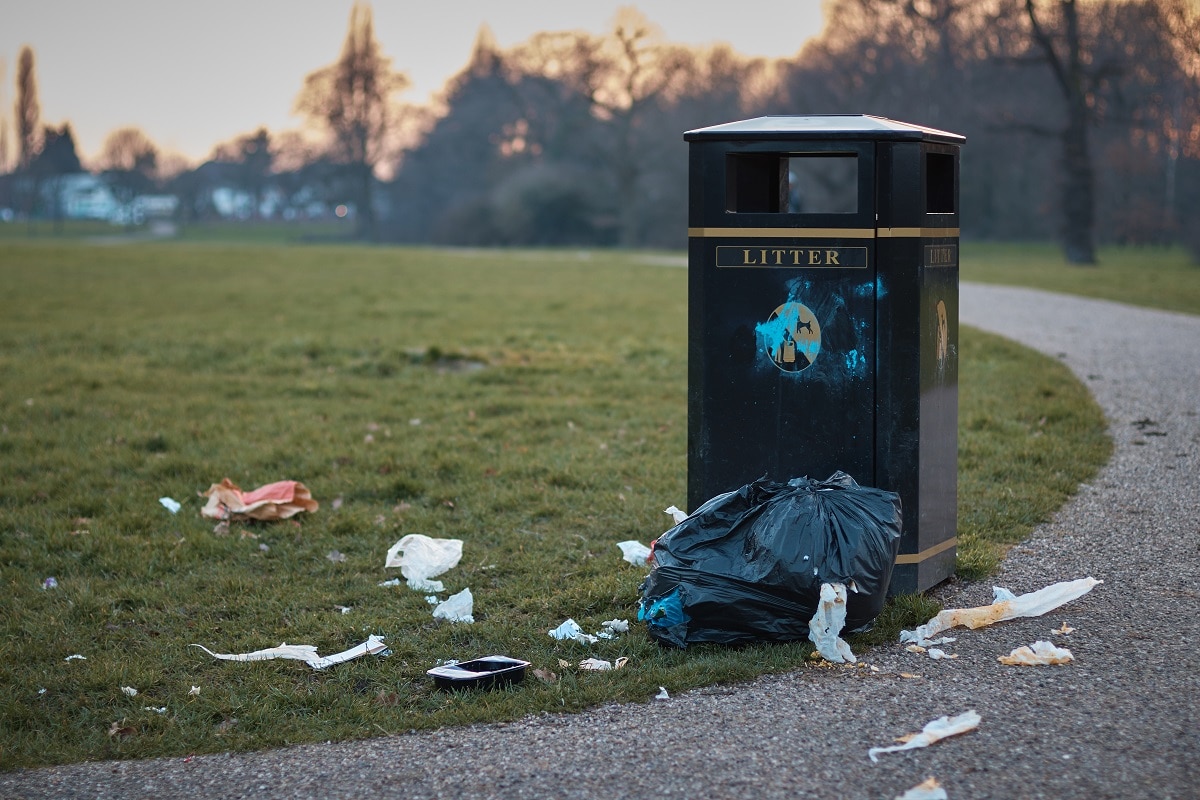 For goodness sake, pick up your litter when you leave the park.

Yes, London is full of gorgeous green spaces, but they don’t stay that way for long when visitors leave their litter all over the place. Pictures from across London and the UK show that the recent warm spell of weather has had the side-effect of turning our parks into litter bins, as the inconsiderate minority (at least, we hope it’s a minority) of visitors leave their waste behind for someone else to clean up. Come on people, it’s really not hard to take your crap home with you…

We know people want to meet friends & enjoy the good weather but we urge visitors to be considerate & clear up after themselves. Put your litter in the bins and if the bins are full, please take it away with you, don’t leave it where it can blow away or harm wildlife. pic.twitter.com/k3iOgUY5BT

Amongst the worst-affected areas in London were Primrose Hill, Clapham Common, Alexandra Palace, and Hyde Park, with plenty of people taking to social media to direct some righteous wrath at the litterbugs.

😡 This makes me so angry.

🗣 If you go to a park take your fucking rubbish home.

🙄 This is absolutely disgraceful. pic.twitter.com/9himH2rwOV

Even if the bins are full (which, as the parks get busier, they inevitably will be), the amount of time and effort required to tidy up and take your rubbish home with you really doesn’t amount to much. As the Royal Parks pointed out in the above tweet, it’s not just an eyesore for the other visitors. Litter and plastic pollution pose threats to local plantlife and wildlife, and even more so if they wind up blowing into streams and rivers around the capital. Did these litterers learn nothing from Sir David Attenborough?

In any event, if you’re heading to the parks this spring and summer, please take you litter home with you – and you have Secret London’s full support to shame and berate those who don’t pick up theirs, too. We’ve had a bad enough year without having to look at litter-strewn parks all summer, haven’t we?