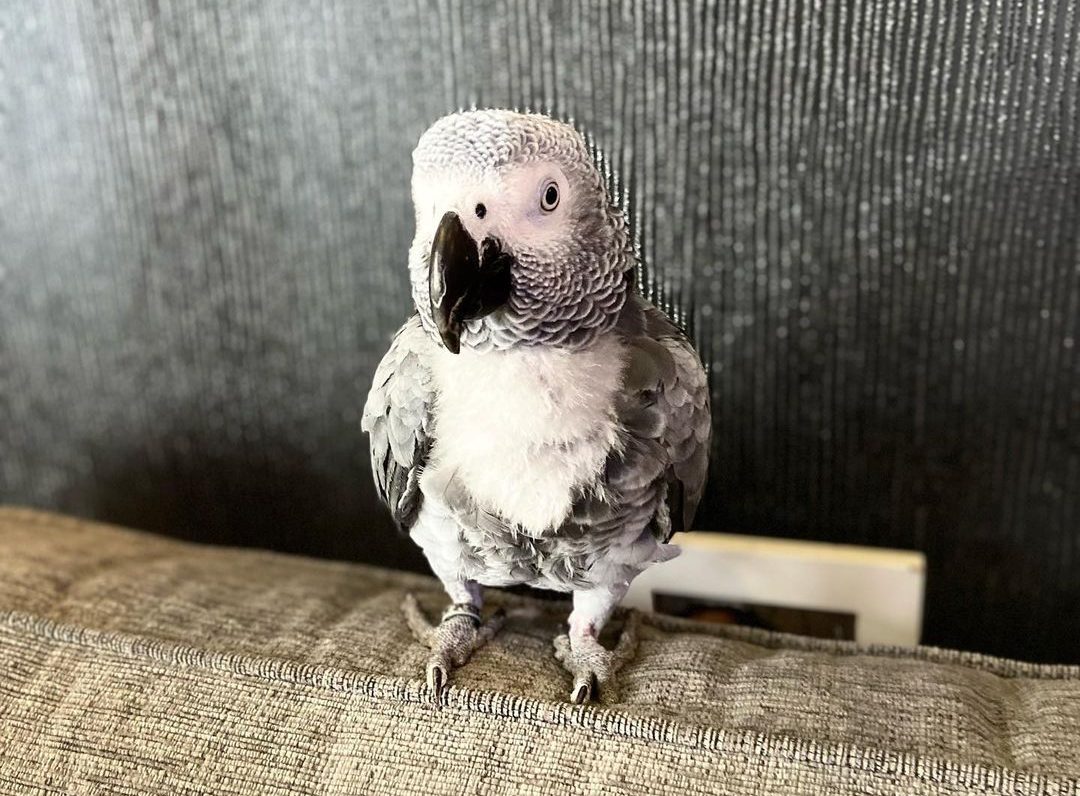 Rise up, our new voice of TFL.

Being a pet parrot must be a quiet old life. That is, until you escape and go on a two-day expedition to Waterloo station to get a true sense of London’s hustle ‘n’ bustle.

That’s exactly what happened to Grey, the two-year old African parrot from Tadworth who made a twenty-mile journey to precisely that spot. And the best part? He wouldn’t stop making tube announcements. Gotta admit, “See it. Say it. Sorted” does worm its way into your head every once in a while.

After returning home to Karlene Boyce and his family, he’s now prone to telling everyone to “keep left” as well as doing a cracking impression of the trains screeching on the lines as they head down the tracks. Plus, he knows the “bing bong” sound before the announcement commences. Not bad for a day at the station, eh?

After causing his family an almighty scare, he was safely recovered after the British Transport Police issue a callout on Twitter. Grey was found by two transport officers, before spending the night at Birdline’s safe house and then heading home.

Now, he’s said to have happily settled back in just as he was before, with the additional train announcements. We gather he’s heard good things about the Bar-beak-an at this time of year.

These are looking wonderful! In celebration of London’s LGBTQ+ community, 10 new Pride roundels have been unveiled across London Underground stations from today (September 22). Each roundel carries vibrant colours and positive messages, as part of TFL’s continued support to the community in London. Every location was chosen by their creators to reflect their designs, […]
The post Prominent LGBTQ+ Londoners And TFL Staff Design New Pride Roundels appeared first on Secret London. Secret London …

The Metropolitan Police named Sabina Nessa, 28, from Kidbrooke, after her body was found near a community centre Evening Standard …

Pack your bags, we’re off to the states! In more or less every Brit lives the desire to visit the US at least once in a lifetime (stop pretending – we know you wanna go). Whether you’re after a ‘vacation’ to sunny Florida, a road trip around the South, or a visit to the North, […]
The post The USA Is Lifting Its Travel Ban For Vaccinated Brits From November appeared first on Secret London. Secret London …

The amber list is gone! From October 4 the traffic light system will change completely, with the amber list set to disappear entirely. From that date onwards we can expect a simpler system, with pricey PCR tests no longer required for those travelling to countries like Spain and Italy. Previously, countries had been categorised according […]
The post PCR Tests Will No Longer Be Needed For Double Jabbed As Travel Rules Are Simplified appeared first on Secret London. Secret London …

Hundreds of demonstrators took to Parliament Square on Thursday to call for an end to the ongoing building safety crisis just days after it was revealed there are now more than 1,000 affected buildings in London. Evening Standard …