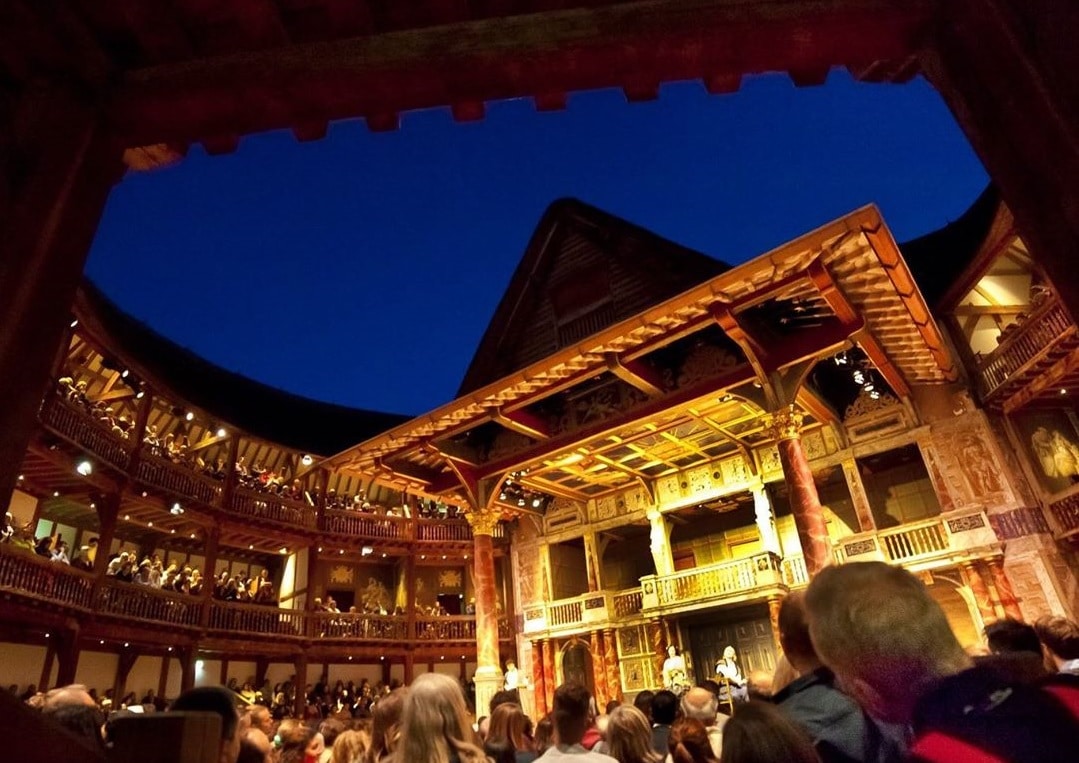 I’ve seen The Tempest performed in the woods, Macbeth performed in a thunderstorm, and A Midsummer Night’s Dream performed with a steaming drunk actor – yet there’s still nothing to rival a midnight Shakespeare showing at The Globe. London’s most awe-inspiring theatre started the practice back in the early 2000s, and happily, their Midnight Matinées return this summer for more Bard behaviour after dark.

Starting at 11:59pm, the Midnight Matinées run on a few select dates each summer, on The Globe’s stunning open-air stage. This year, they’ll both be in August; on the 13th, it’ll be the classic tale of power and ambition, Julies Caesar. Meanwhile, a favourite Shakespeare comedy – Much Ado About Nothing – will delight audiences on August 19, as the course of true love once again proves irresistibly bumpy. You can find out more about the two performances here.

So, we’ve established that it’s quite unlike your standard theatre-going experience, and not just because The Globe’s bar remains open until the interval’s end (roughly 1:30am), making the Midnight Matinées some of the merrier plays in town. I’m already 130% sold on this – and that’s before I tell you that Midnight Matinées are still just £5 for a standing ticket. Forget the clubs, forget the bars, because when the clock strikes midnight, this is the place to be!

8 Popular TV Shows That Have Been Renewed For More Seasons

Breathtaking Candlelight Concerts Are Coming To A Beautiful London Cathedral