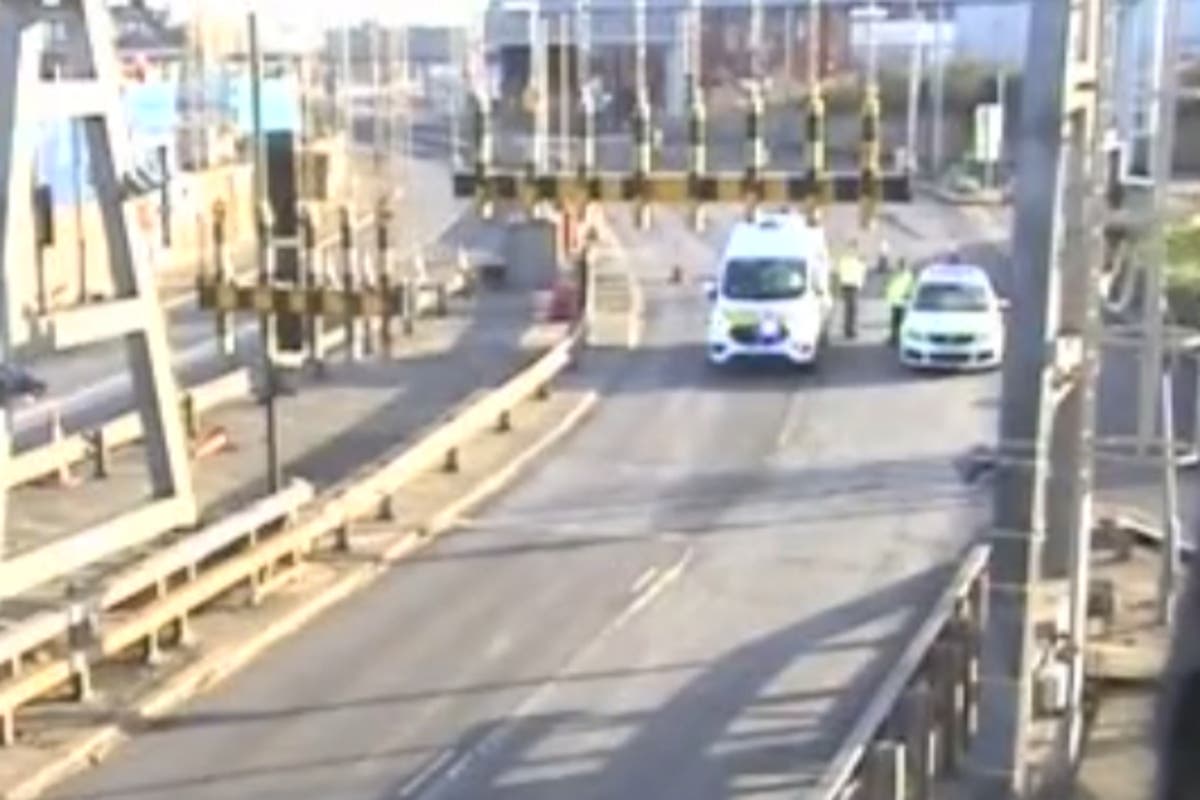 olice have reopened both lanes of the Blackwall Tunnel after a man was arrested for climbing on top of the carriageway, causing seven hours of significant traffic disruption.

Metropolitan Police have been at the two tunnels that run underneath the River Thames, in east London since 1pm on Thursday.

Motorists were advised to avoid the area if possible with the Blackwell Tunnel shut in both directions. The southbound lane was closed until about 6.30pm.

But at 8.28pm, a police spokesman said: “We’re now in the process of re-opening the northbound carriageway of the Blackwall Tunnel.

“Officers were responding to concerns for a man on top of the tunnel. He has been arrested on suspicion of causing a public nuisance and taken into custody.”

Adding to the chaos, the northbound A102 was closed from Shooters Hill Road and southbound from Brunswick Road.

Traffic slowly moved on diversions both sides of the tunnel, a Transport for London (TfL) update said. Other river crossings experienced significant delays, with access to the Woolwich Ferry being very slow.

Commuters reported being turned away by police, with an extra 45 minutes being added to their journey.

“Due to the Blackwall Tunnel being closed… we are experiencing delays with services,” the service tweeted on Thursday afternoon.

“Please be patient. We are adding extra vehicles to alleviate the pressures of any current services running.”

Stamford Green Primary School and Nursery in Epsom warned parents driving up to the O2 of severe traffic delays.